"I didn’t know how to process it."

A woman in the US has revealed she discovered she was suffering with breast cancer through breastfeeding her son.

Julie McAllister, from Connecticut, initially suspected the lump she found on her breast while breastfeeding to be a blocked or infected milk duct.

Yet as a precaution, the then-36-year-old went to see a doctor who thought the lump felt suspicious and sent her for a sonogram. 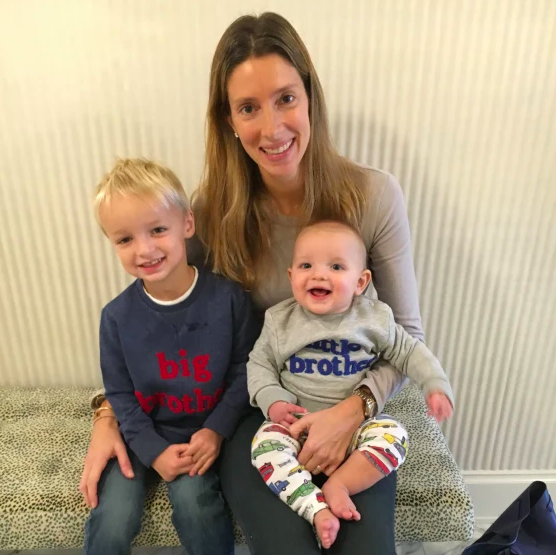 Medics later called to inform the mother-of-two that she had a rare type of triple negative breast cancer called metaplastic carcinoma.

Though breastfeeding lowers a person’s risk of developing breast cancer, it does not prevent it. Breast cancer in young and in particular breastfeeding women is rare, but it is possible for them to develop it.

Still, Julie's doctors were surprised by the diagnosis.

“They asked me to get genetic testing because I was 36 years old and it’s not typical for a young, healthy woman to have breast cancer,” Julie told Today. “I was BRCA positive.”

To be BRCA positive means you have a mutation in one of the breast cancer genes and are therefore at much greater risk of developing breast or ovarian cancer. For this reason, many people who are BRCA positive undergo a prophylactic hysterectomy. 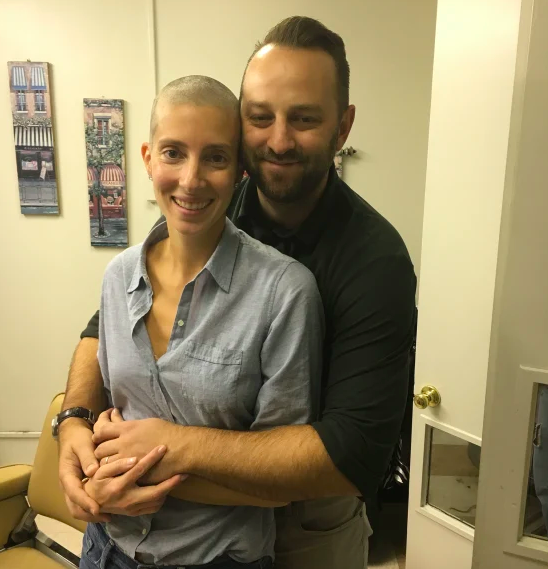 END_OF_DOCUMENT_TOKEN_TO_BE_REPLACED

As Julie and her husband weren't sure they were finished in their family planning, she was overwhelmed by the idea of having her uterus and ovaries removed.

“I had a baby. I had a 3-year-old,” she said. “I was debilitatingly depressed. I didn’t know how to process it.”

Her oncologist "thought that it was imperative" for them to do a round of egg retrieval and embryo creation before cancer treatment if the couple wanted the option of trying for more kids in the future.

Since Julie's cancer was rare and didn’t respond to initial targeted treatment, she wound up having a mastectomy and her ovaries removed alongside chemotherapy and radiation to fight it.

She kept her uterus, and five years on, she's now pregnant on her third child, due in February 2022. 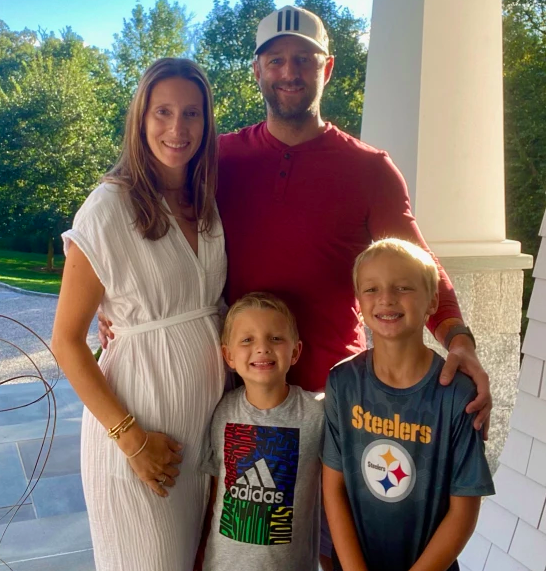 Her doctors don't believe she's at risk of developing uterine cancer, and her risk of getting cancer again is lower now that she’s been cancer-free for five years.

“I don’t want somebody to think that being diagnosed with cancer is something that’s just going to define you,” Julie, now 41, said. “Because it’s really not.

“It’s a big hurtle that you have to get over and it’s going to be in the forefront when you’re going through it. But give it some time and it won’t be the first thing you think about when you wake in the morning, which is really great.”

For more information about breast cancer and instructions on how to carry out a self-examination, visit Breast Cancer Ireland.


popular
Boy (14) found guilty of murdering 12-year-old schoolgirl Ava White
"He will always be a danger": James Bulger's dad says son's killer should never be released
Infant poisoned by nurse "deteriorated quickly", hospital reveals
Saoirse Ruane's mum says their family has been on an "emotional rollercoaster"
Kim Kardashian slated for letting North wear a corset at Kourtney's wedding
"My 16-year-old daughter asked me to buy her a vibrator. What should I do?"
10 hotels with self catering that are perfect for a family staycation
You may also like
11 hours ago
3,914 children are now waiting for an appointment with mental health services
1 day ago
Young boy loses his fingers in bullying incident at Welsh school
2 days ago
'Exclusionary' and 'elitist' – time to end allocations of school places for family connections
4 days ago
An urgent safety recall has been issued for a popular baby teething toy
5 days ago
Gardaí investigating alleged assault on teenage girl in Dublin
6 days ago
Lesbian couple attacked in Dublin thank public for support
Next Page