A primary school in the US is under fire for giving children a survey about their sexuality.

Questions, including what gender they were attracted to and whether they'd been in a sexual relationship, were posed to fifth-grade pupils at the school in Windsor, Vermont. 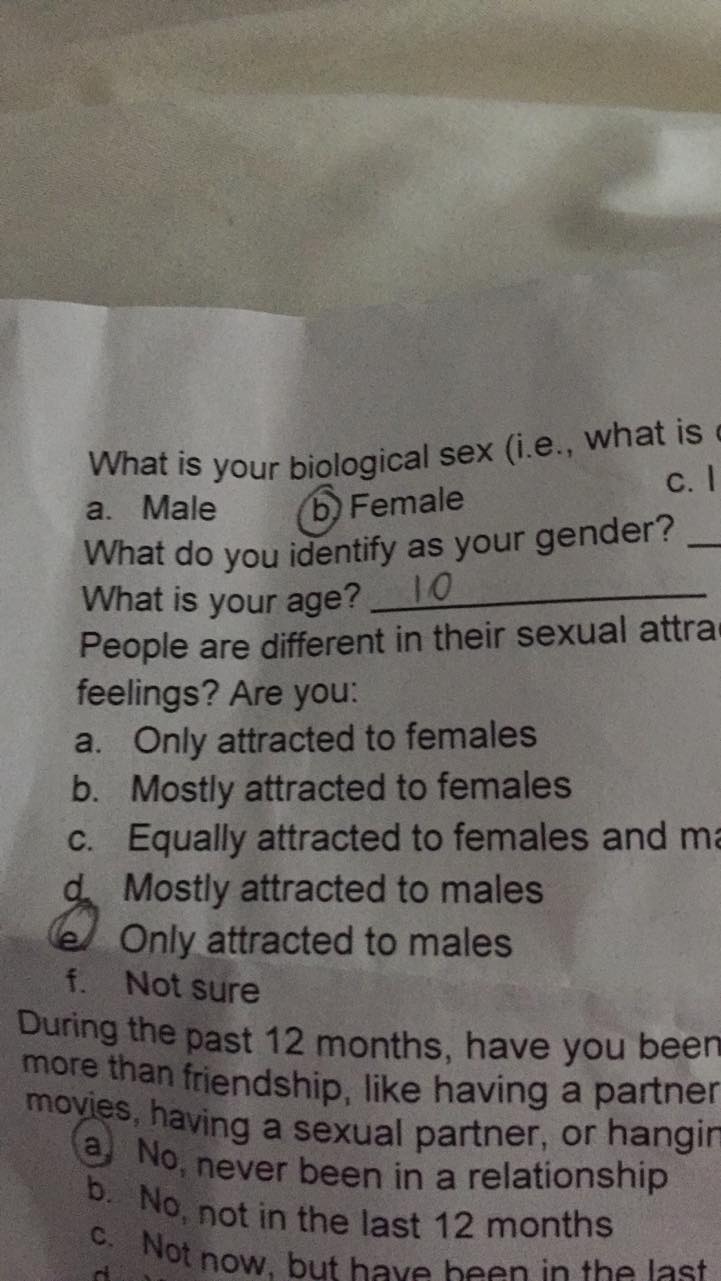 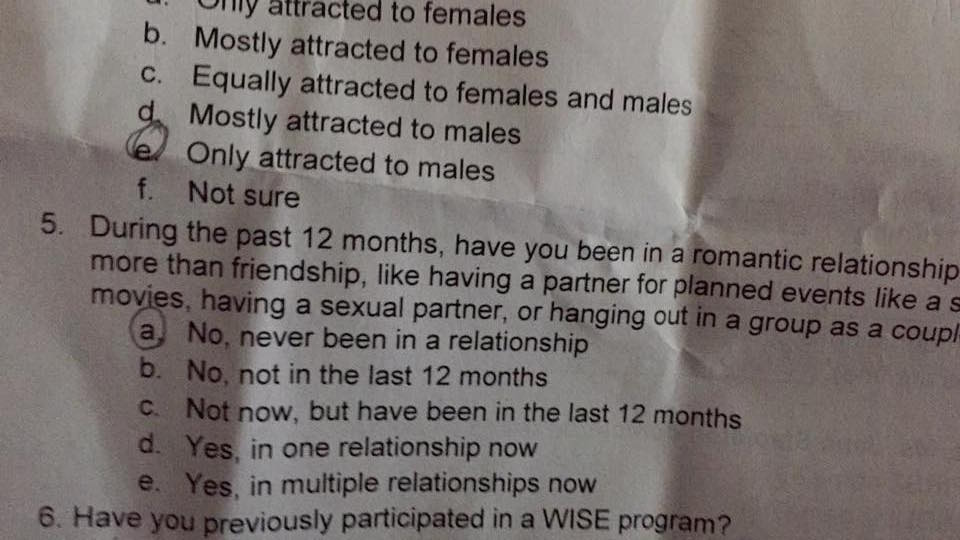 The mother of one of the pupils has said it was "ridiculous" that her ten-year-old daughter was asked to fill in the form.

Vanessa Beach, whose daughter Zoe was given the form, shared images of it to Facebook and said that she was "taken aback" by some of the questions on it.

"I don’t think sexuality is a dirty thing... that being said I am honestly a little taken aback that the schools thinks it’s OK to ask my child about her and her peers sexuality at the age of ten," she wrote.

"It’s none of their business!!! What if my child was having a hard time with her sexuality?? What if any child in that class were!!

"Do you really feel like it’s your jobs to make them put an answer on paper for others to read!!??

"I find this ridiculous and unnerving to say the least."

The survey was created by Wise, a group that works to fight gender-based violence.

END_OF_DOCUMENT_TOKEN_TO_BE_REPLACED

The group told Yahoo Lifestyle that it had sent home a permission slip allowing parents to opt out of the survey on behalf of their kids but Ms Beach says she never received it.

She told the publication that she had gotten a call from the local schools' superintendent who said he hadn't approved the circulation of the survey and that he was "enraged".

Ms Beach said that he had assured her that the survey wouldn't be handed out to students again.