The food packages have replaced the £30 vouchers previously given to families.

The UK government is facing intense criticism this morning after images shared online on Monday evening showed what low-income families are receiving as part of the free school meals scheme.

A Twitter user named @RoadsideMum shared the image of the food, with which she is expected to feed her family for 10 days, that she estimated to cost £5.22.

Under the free school meals scheme, which was extended by the government last year after a campaign by footballer Marcus Rashford, families are entitled to vouchers worth £30 to purchase food.

Issued instead of £30 vouchers. I could do more with £30 to be honest. pic.twitter.com/87LGUTHXEu

However, the quantity of food offered has led to claims that the company awarded the government contract is attempting to increase its profits while undersupplying the most vulnerable in society.

Multiple other examples of the food supplied, shared by Rashford from his Twitter account, show that a number of families around the country have received the same quantity of food in their packages.

3 days of food for 1 family...
Just not good enough. pic.twitter.com/Y7FJEFFAma 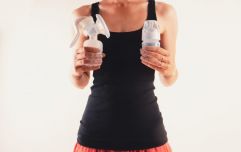 END_OF_DOCUMENT_TOKEN_TO_BE_REPLACED

The company responsible for the packages is Chartwells, a private company owned by the Compass Group, the world's largest catering provider which recorded profits of £1.88 billion in late 2019.

The chairman of Compass is Ian Meakins, whose time at trade services company Wolsley saw him oversee its relocation to tax friendly haven Switzerland.

Paul Walsh, Meakins' predecessor at Compass, was a member of David Cameron's business advisory group, and a donor to the Conservative party.

In response to the viral tweet, Chartwells responded, saying that the food on offer did not "reflect the specification of one of [their] hampers", but it is far from the first time the firm has been accused of profiteering off hungry children.

Compass faced criticism at the beginning of the pandemic from a teacher in Bristol, who labelled their free school meals "shameful". Costing £11 - the packages contained a loaf of bread, a portion of baking spread, a block of cheese, five pieces of fruit, five biscuits or cakes, five packs of crisps and two yoghurts.

The food was intended to last families for a week.

Thank you for bringing this to our attention, this does not reflect the specification of one of our hampers. Please can you DM us the details of the school that your child attends and we will investigate immediately.

In response, a Department for Education spokesperson said: "We are looking into this. We have clear guidelines and standards for food parcels, which we expect to be followed. Parcels should be nutritious and contain a varied range of food."

We are looking into this.

We have clear guidelines and standards for food parcels, which we expect to be followed. Parcels should be nutritious and contain a varied range of food.https://t.co/ZBdJZqxdfK https://t.co/9sfxHPX9RJ


popular
Due next month? Here are 3 things to note about May babies
Conor McGregor just told his little boy to punch another child in the mouth
Mum admits she hates playing with her daughter, and we can relate.
The royals have just revealed a never-seen-before family photo – and it's adorable
Rachel Riley announces pregnancy in true Countdown style
Ireland "on track" to ease restrictions next month, says Varadkar
TikTok Trend: What is Laundry Stripping and does it work?

You may also like
6 months ago
Nine-year-old Dublin girl wins Manchester City's 'Design a Kit' competition
1 year ago
The eight-year-old football fan who's so passionate about the Irish team, she went viral
1 year ago
Running or walking mile a day can help your kids live YEARS longer says Prof Niall Moyna
1 year ago
Treat your little sports star and WIN a €250 GAA voucher for a summer of fun
2 years ago
The top 10 signs you might be a sports widow
2 years ago
Are you a GAA Ma? 5 amazing reasons to hand your daughter a hurl
Next Page