“All we have ever wanted is to find her, uncover the truth and bring those responsible to justice."

A new suspect has been identified in the Madeleine McCann disappearance case.

Detectives have identified a German man, who is currently imprisoned, who lived in the Algarve between the years of 1995 and 2007.

The man, whose identity has not been revealed by police, is connected to the area of Praia da Luz where Madeleine was last seen.

The man is currently serving jail time for an unrelated matter.

Madeleine McCann disappeared 13 years ago while on a family holiday in Praia da Luz. Her case has since garnered international attention with several public appeals being made by the Metropolitan Police over the years. 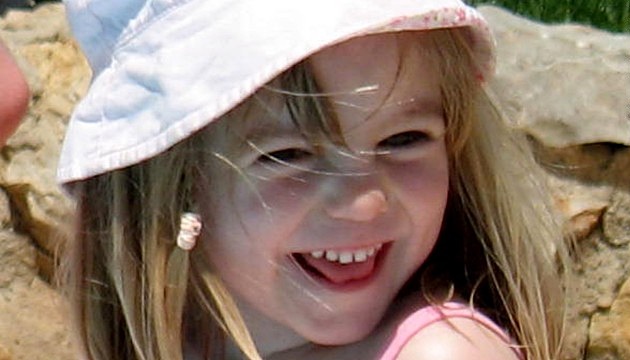 This new appeal is concerning two vehicles that the German suspect was using in Praia da Luz around the time of Madeleine's disappearance.

It is believed that the suspect may have been living in one of the vehicles around this time. The other vehicle was registered under the suspect's name but was re-registered to a person in Germany the day after Madeleine went missing.

END_OF_DOCUMENT_TOKEN_TO_BE_REPLACED

Detective Chief Inspector Mark Cranwell, who leads the Madeleine McCann case in the UK, said that a "huge amount of work" has taken place between the Met Police, and authorities in Portugal and Germany.

“It’s more than 13 years since Madeleine went missing and none of us can imagine what it must be like for her family, not knowing what happened or where she is," he said.

“While this male is a suspect we retain an open mind as to his involvement and this remains a missing person inquiry."

Gerry and Kate McCann said that they "welcome" the new appeal to find their daughter, who would be 17 years old now.

“All we have ever wanted is to find her, uncover the truth and bring those responsible to justice," they said.

"We will never give up hope of finding Madeleine alive but whatever the outcome may be, we need to know, as we need to find peace."

You can find out more details about the new appeal here.

popular
Bride asks for divorce day after wedding following groom's disrespectful cake stunt
Police believe they know what happened to missing dog walker Nicola Bulley
Entrepreneur schoolboy has made £1,000 from selling sweets
Couple decide to live on cruise ship permanently after finding it's cheaper than paying mortgage
Students given £500 after uni was unable to give them their degree certificates at graduation
Dad admits he hates his daughter's name so much it makes him uncomfortable
Parents believe CoComelon causes tantrums and speech delays in toddlers
You may also like
3 days ago
Bride asks for divorce day after wedding following groom's disrespectful cake stunt
3 days ago
Four year old girl killed in dog attack remembered as "a very happy child"
6 days ago
Identical twins trying to get pregnant at same time with shared fiance
1 week ago
Man claims to have found infant remains near Bessborough site in the 90s
1 week ago
Patient in his 80s killed in Cork hospital ward following attack
2 weeks ago
Jeremy Clarkson apologises to Meghan Markle over for 'disgraceful' column
Next Page