Stay safe out there.

Following a nationwide weather warning on Tuesday morning, Storm Eleanor has descended on Irish shores with a vengeance.

Galway has been hit pretty hard, with reports of water rising up through the Spanish Arch and much of Shop Street submerged due to major flooding.

With Storm Eleanor now in full force, it said that a gust of 139km/h was recorded at Mace Head Galway at 5pm.

A new status orange weather warning has also been issued for Connacht, Cavan and Monaghan with stormy conditions predicted to continue this evening.

The warning is now in effect and will be until 10pm tonight.

It's fresh down the Claddagh anyway. #eleanor pic.twitter.com/t2cub4PKY2 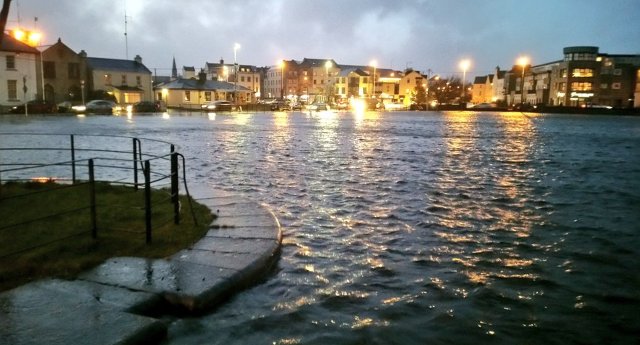 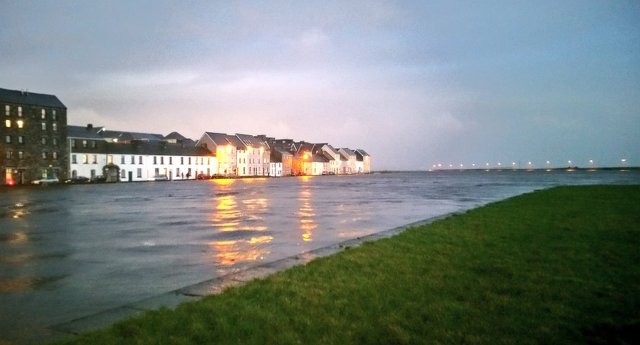 Meanwhile, in the Latin Quarter...

And elsewhere in the city:

A lot of flooding in #Galway this evening. Be careful out there especially around coastal areas! @RNLI @GalwayHour pic.twitter.com/tYoHy4BL2F

And Galway isn't the only city to have been affected, footage of flooding in Cork and Limerick has also been shared online.

This follows reports of over 50,000 ESB customers being left without power in the west and nnorth-west of the country.

It will remain in place until 2pm on Wednesday, January 3.

It's the fourth weather warning to come into effect as Storm Eleanor arrives in Ireland.

Storm Eleanor: Please be careful
Damaging gusts causing poor driving conditions in Connacht and the midlands as the storm continues its track eastwards. Keep updated on developments by visiting our website. https://t.co/S9ed0cRNT3

Stay safe out there, folks.

popular
Today FM's Paula MacSweeney welcomes baby boy
Hilary Swank, 48, reveals she is pregnant with twins
Primark reintroduces female-only fitting rooms after incident at one store
Shows like Bluey and Peppa Pig are actually bad for kids, expert warns
20 Unisex Irish Baby Names That Are Absolutely Magical
42 absolutely BEAUTIFUL baby names inspired by our favourite romantic movies
Mum asks for advice after mother-in-law walks around naked in front of kids
You may also like
1 month ago
Status Yellow warning issued for three counties as rain and wind set to cause hazardous conditions
1 month ago
Met Éireann's great prediction as good weather to return from today
1 month ago
A mini heatwave could be coming our way in September
1 month ago
Met Éireann extends high temperature warning for Ireland this weekend
2 months ago
Fur real: Some tips on keeping your precious doggo safe in this heatwave
2 months ago
Irish heatwave: Warning issued to public over dangerous temperatures
Next Page