Police have launched an investigation into claims that two young children were sexually assaulted around noon yesterday at the Legoland theme park in Windsor.

Two girls, aged six years old, were playing in the Castaway Camp which is located in the Pirate Shores area when a man in his late teens to early 20s is alleged to have approached and touched them inappropriately.
Fortunately, the girls reacted quickly and were able to run outside to their waiting families and relate what had occurred.

A police description issued indicates that the suspect is "white, in his teens or early twenties and possibly under 5ft 8ins." He is reported to have been wearing dark trousers, a dark T-shirt and runners.

A Legoland spokesman made a statement expressing their shock and reassuring the public "nothing of this nature" had occurred at the park previously.

‘The safety and security of the families enjoying a day out with us is our number one priority," he continued. "We are now working closely with the police to in assist them with their investigation."

Investigating officer Penny Mackenzie said in a statement appealing for witnesses or members of the public who may have seen the suspect: 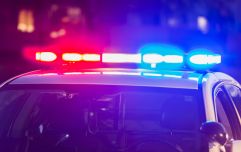 END_OF_DOCUMENT_TOKEN_TO_BE_REPLACED

"We are appealing for the public’s help to find the offender who sexually assaulted two young girls at Legoland."

‘I would ask anyone who visited the Legoland Windsor Resort yesterday, especially if you went to Castaway Camp in Pirate Shores, to check any photographs from your trip to see if you recognise anyone matching the offender.


popular
Expert says Cocomelon acts "as a drug" to kids' brains
Ben Foden's wife Jackie slams Dancing On Ice after he's booted off
I rushed into naming my baby boy and now I seriously regret it
Activist takes abortion pill on live TV to show how "safe" and "common" it is
Do children belong at weddings? Mum starts heated debate
Jamie Dornan and his wife, Amelia Warner, reportedly expecting baby #3
Whether you’ve got a baby on the way or have an army of your own, the Lidl Big Baby Event is here to help

You may also like
3 months ago
Man jailed for 22 weeks for posing as policeman to "arrest" lone woman
4 months ago
Woman beaten by police and separated from hard of hearing toddler wins $2 million
4 months ago
Teenager suffers broken jaw following Co. Antrim train station attack
6 months ago
Police investigating after pregnant woman found dead and baby "missing"
6 months ago
Police breached "fundamental rights" at Sarah Everard vigil, inquiry finds
1 year ago
Mum calls police at 2am to bring baby formula and they actually arrive with it
Next Page