The mother of a baby who died during pregnancy later discovered his body was left in a hospital room for weeks.

Lisa is from Donegal and was in the second trimester of her pregnancy when she gave birth last October at Letterkenny University Hospital.

She and her partner named the little boy - who had died in the womb as a result of rare complications - Eoin.

However, and despite being initially told that Eoin would be buried at the hospital's Little Angels plot, medical staff eventually admitted that he had been left for four weeks in a room on the gynaecology ward.

Lisa believes this was the same room where she had said her final goodbyes to him. 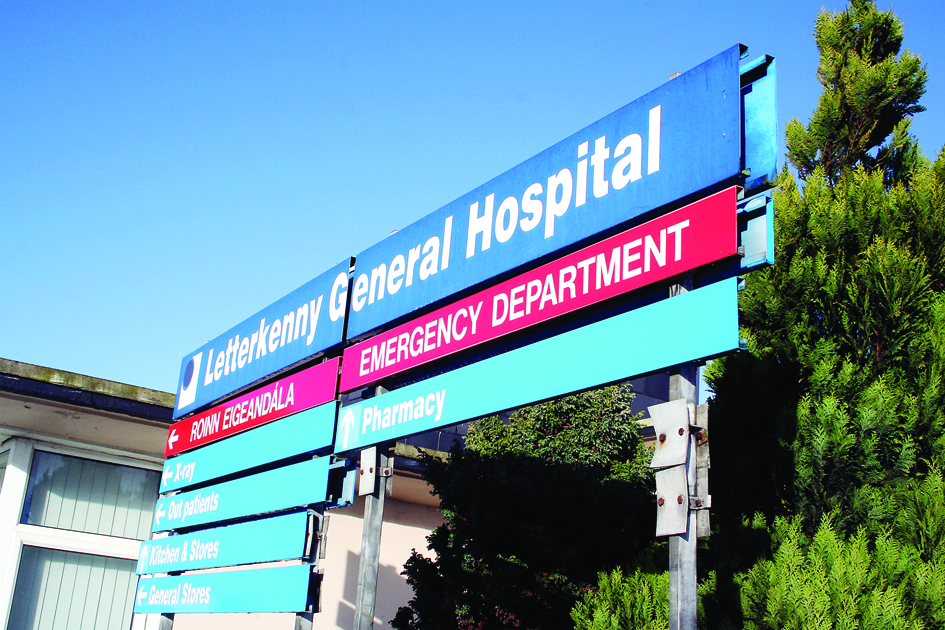 "There were no answers," Lisa, who doesn't want her surname made public, said during a heartbreaking interview with RTÉ Radio One's This Week programme yesterday. "He was forgotten about - plain and simple."

"I was induced early and Eoin was born at 24 minutes to six on the 12th of October, 2016," Lisa also described in the interview.

"We had him ourselves for a little while when he was born and we decided to bury him in the Little Angels plot at the hospital."

The Donegal woman stated the she was given the opportunity to bring his body home, but that they didn’t want him "in a big plot" by himself and that they felt he’d "be better off with all the other angles". 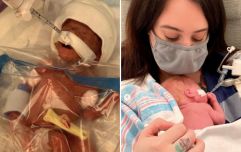 END_OF_DOCUMENT_TOKEN_TO_BE_REPLACED

Eoin was due to be buried on October 19 - a week after he was delivered. Lisa and her family were initially told they could attend that burial, but after the birth she developed septicaemia and had to return to LUH for urgent treatment.

"On the 19th of October I was taken back in for a D&C [a dilation and curettage]. I was aware that Eoin was supposed to be buried that day but I dealt with it."

However, when Lisa returned to hospital on November 9 as part of her aftercare treatment, acting on a "mother's instinct," she asked a nurse then if Eoin had been buried.

Shockingly, she was told that he hadn't - that he had been lying in the mortuary. No explanation was offered to her as to why he hadn’t been buried as planned on October 19.

Eager to attend the rescheduled burial the following morning, she was then told that this wasn't possible "due to private and confidential reasons". 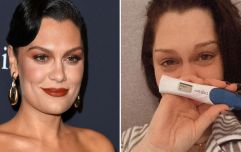 END_OF_DOCUMENT_TOKEN_TO_BE_REPLACED

Devastated and infuriated, Lisa returned home. In December she made a written complaint to the LUH general manager outlining her distress and seeking answers to key questions she had.

In January, she met with two women representing the hospital. Then, they finally told her that Eoin had not been lying in the mortuary - but had been in a room off the ward for four weeks.

"I was told that I was lied to and that they were very sorry about that," she said. "I could have took him home if they’d told me that day in that November that they’d made a mistake. And I would have taken him home – because he didn’t deserve that."

She continued: "My child had to lie for four weeks for them to open their eyes to this. I don't understand how anyone could leave a human being, a baby, lying in a room for four weeks.

"If there was a dog lying dead in a street someone would come and lift it."

Lisa now doesn't want anyone else to go through what she endured and wants clear protocol put in place in every hospital in Ireland to manage the miscarriage and stillbirth of pre-term babies.

She furthermore wants to know the exact location of Eoin's burial at the Little Angels plot so she can erect a small headstone.

In a statement to RTÉ, the Saolta Hospital Group, of which Letterkenny University Hospital is a part said it could not discuss individual patients with the media.

"We would like to take this opportunity to apologise again to the patient and her family for any distress caused.

"We have already revised our systems and are currently reviewing our policies for patient information and consent so as to ensure that we are in line with best international practice", the statement read.

You can read more about dealing with miscarriage and stillbirth here.


popular
'19 Kids and Counting' star allegedly downloaded "most offensive" child porn agents ever saw
Brother of Amber Gibson charged in connection with her death
WATCH: The Mothership — Fighting for the right to be your own child's parent
Babies born in December have some very unique traits – and you'll see why
My wife wants to give our twin boys matching names and I think it's a terrible idea
Juicy Couture has officially launched at Brown Thomas and Arnotts
"He was my best friend": Mother of Arthur Labinjo-Hughes pays tribute to her son
You may also like
6 days ago
"The storm isn't over" – angry mum explains why she doesn't like the term 'rainbow baby'
1 week ago
Hollyoaks' Jorgie Porter shares pain of miscarriage of quadruplets
2 weeks ago
"We lost the baby": Whitney Port suffers pregnancy loss
3 weeks ago
Supporting a friend suffering a miscarriage can be this beautifully simple
3 weeks ago
Fertility treatment is stressful – here is how to help look after your mental health
1 month ago
Kellogg Ireland to give extra paid time off for fertility treatment and pregnancy loss
Next Page