This is a pretty big deal.

The wedding was a lavish affair, with many of the royal family in attendance.

And it looks like Eugenie's father, Prince Andrew, has welcomed Jack into the family with open arms.

In fact, he has even given Jack a bio on his own website - a pretty important move by Prince Andrew.

"Jack was born in St. Thomas’s Hospital on 3rd May, 1986 weighing 8lbs 1oz just 15 minutes past midnight. He was christened at The Guards Chapel, Wellington Barracks on 26th September, 1986," reads the sweet bio. 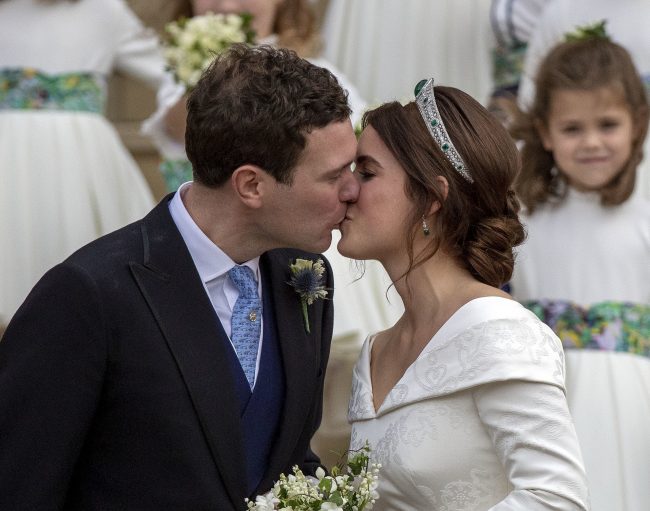 "He attended Finton House School in Wandsworth between the ages of four and eight. He then attended Ludgrove Prep School in Wokingham for five years. He was at Stowe School for five years where he was a School Prefect and Head of House."

"His hobbies are mainly sporting, including skiing, tennis and football – he is a keen Chelsea FC supporter. He loves watching live sporting events, as well as visiting the theatre and cinema. Jack and his family used to go annually to Cornwall where Jack would enthusiastically surf, rock climb and swim in the sea. When he was about 10 years old the family bought a holiday home in France and he has been going there ever since." 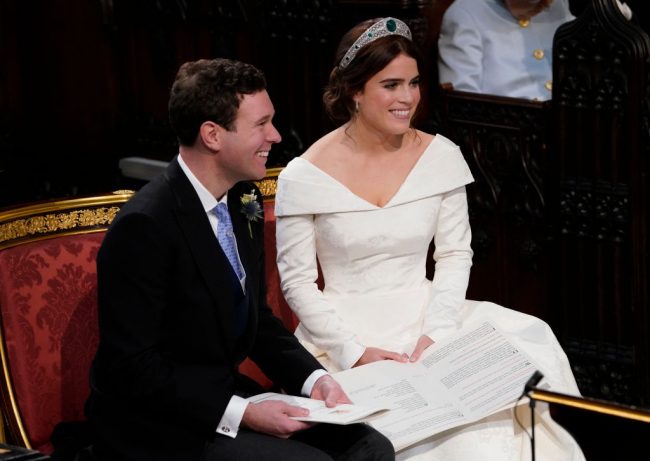 "Since meeting Princess Eugenie he has developed a keen interest in contemporary art and, whenever possible, will attend functions with her and is learning a great deal about art."

"Jack also supports Princess Eugenie in her charitable works, of which there are many, and helps her with her ever increasing workload. His father is Executive Director of a charity called Supporting Wounded Veterans, which helps veterans rebuild their futures through a unique, specially designed, ski-based development programme. Over the past five years Jack has supported the charity in as many ways as he can."

"Jack works in the hospitality industry."

It's great to see Jack Brooksbank being welcomed into the family!

popular
Have kids, they said... 11 photos that'll make you feel better about your day
The most popular baby names in Ireland have been released in Statistical Yearbook 2021
3 abandoned kids and skeletal remains of 9-year-old brother found in Texas
12 Refreshing Baby Names Inspired By Your Favourite Alcoholic Beverages
Tony Holohan warns parents not to use antigen tests on children
Is it okay to leave my 7-year-old son home alone?
Goodbye, Carol and Gordon: 10 baby names everyone has fallen out of love with
You may also like
8 months ago
The internet is loving Princess Eugenie's "very real" first baby pictures
8 months ago
We a cutie! Princess Eugenie shares first picture of her baby boy – AND reveals his name
1 year ago
Buckingham Palace announces the date and location of Princess Beatrice's wedding
2 years ago
Princess Eugenie shares adorable post to celebrate her first wedding anniversary
2 years ago
Princess Eugenie just wished Jack Brooksbank a happy birthday in the sweetest way
2 years ago
Royal expert says Meghan Markle's pregnancy was first spotted at Princess Eugenie's wedding
Next Page