Picture it; it's the end of your holiday and you're heading home, full of back-to-work fear.

After what feels like days sitting at the airport gate, you finally shuffle on to your flight and squeeze in to your seat.

You sort your headphones, tuck your bag away and look up - to see Prince Harry chilling a few rows ahead.

That's pretty much what happened to one royal fan who spotted the Prince traveling from Rome to London on a commercial flight last week.

She managed to get a couple of photos of him looking like he's doing his best to avoid being recognised, the poor lad.

Sharing the snaps online, she said that she was queuing to use the toilet on her flight and saw the royal in the front row.

"As I'm standing there, I look over and see a guy who looks like Prince Harry. And he has a wedding ring on and looks very tired," she wrote.

"The guy next to him looks like security and is glaring at me.

"Finally my brain clicks and I realize, it is Prince Harry on the way back to London from Rome. He was at a polo tournament.

"He politely smiled and said hi when he realized I knew who he was."

Harry thanked the cabin crew before getting off once the plane landed, she said. 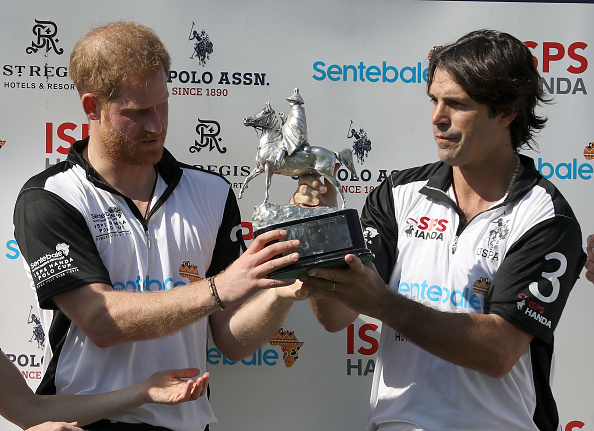 END_OF_DOCUMENT_TOKEN_TO_BE_REPLACED

He had been in Rome for the Sentebale ISPS Handa Polo Cup, a sporting event organised to raise money for young people with HIV in Lesotho and Botswana.

The royal helped to found the Sentebale charity; carrying on his mother's legacy.

Princess Diana helped to raise awareness of HIV during the epidemic of the 1980s.


popular
Raising boys: The beautiful words every boy mum needs to read
Kids still got a pesky case of lice with school out? Here's how to fix it
Energia and GIY are giving away free grow boxes so you can start a vegetable patch with your kids
Get ready to live like the stars because Lidl is selling an entire home cinema range
11 little things that mean the absolute world to your kids
10 reasons why everything is just so much easier with baby number two
Study finds parents spend HOURS a week negotiating with their kids
You may also like
1 month ago
Prince Harry and Meghan Markle volunteer to deliver meals to vulnerable in LA
1 month ago
Harry and Meghan say they will 'not be engaging' with UK tabloid press anymore
1 month ago
Meghan Markle and Prince Harry have revealed the name of their new non-profit organisation
2 months ago
Insider shares update on how baby Archie is adjusting to life in California
2 months ago
'You've been great' It looks like Harry and Meghan just shared their final Instagram post
2 months ago
'These are uncertain times' Prince Harry and Meghan Markle release a statement on Covid-19
Next Page