On Friday, someone became an instant millionaire after scooping a cool €1m on the EuroMillions raffle.

And now the National Lottery has revealed that the winning ticket was sold in... Waterford. The lucky South-East winner bought their golden EuroMillions ticket in the shop at University Hospital Waterford in the heart of the city.

"The National Lottery is now urging all Waterford EuroMillions players to check their tickets to see if they join the exclusive EuroMillions millionaire club," a statement on Saturday read.

Congrats to the winner of the #EuroMillions Ireland Only Raffle! The winning raffle ticket code is I-DZW-38394 and was sold in Aramark, University Hospital Waterford, Dunmore Road, Co.#Waterford. 🎆😁👍Players can check their tickets in-app or online here:https://t.co/gmmNILmBOZ pic.twitter.com/4mISlgmByD

Shop manager, Patrick Casey, also said on Saturday: "This is unbelievable news! There is massive excitement in the hospital today at the prospect of a staff member, a visitor, or even a patient being the lucky winner of this huge amount of money.

"We are a very busy shop with visitors, patients and staff. There are several syndicates amongst the staff  so we are hoping it is somebody connected with the hospital.

"This is our first big EuroMillions win so we are over the moon." 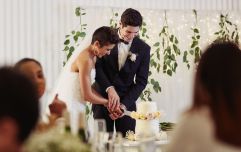 END_OF_DOCUMENT_TOKEN_TO_BE_REPLACED

The Ireland Only Raffle winning code (which can be found on the EuroMillions ticket) is: 1 DZW 38394.

This was the fourth EuroMillions raffle held in 2018; the draw guarantees that one Irish player will win €1m.

And as there was no winner of the EuroMillions jackpot of almost €70m the jackpot now rolls to a mega €75m for next Tuesday.

Otherwise, Saturday's Lotto Jackpot hits €8m this bank holiday weekend - one of the biggest jackpots of the year and one that has been rolling since June 20.