Fans are eagerly awaiting an announcement from the Duke and Duchess of Sussex with Meghan Markle's due date previously cited as "early May".

The exact date is a secret but one royal commentator believes that the first sign of Meghan's pregnancy in public was when she attended Princess Eugenie's wedding in October 2018.

As you may be aware, Meghan and Harry made an official announcement later that month but there was considerable speculation before this.

Emily Nash is royal editor for HELLO! magazine and she recently shared some inside knowledge.

In a chat with Sunday Night, a news and current affairs show broadcast on Australian TV network Seven, Emily spoke about the outfit worn by Meghan Markle on the day of the wedding. 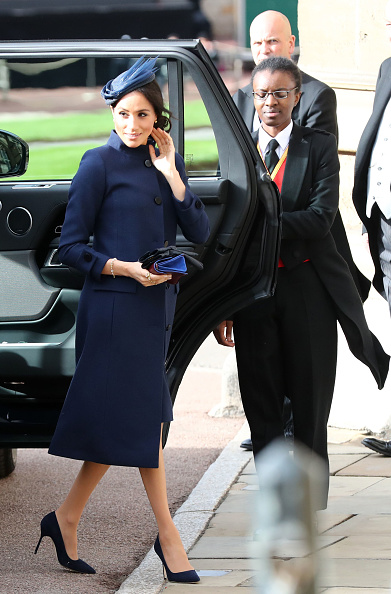 Or more specifically, the unbuttoned coat.

"I think when the Duchess of Sussex came to Princess Eugenie’s wedding, that reinforced everyone’s suspicions. Because she was wearing this beautiful Givenchy coat but she had left it unbuttoned".

Of course, with such a big occasion all eyes are on the royal family and conversation does turn to what they're wearing, more often that not.

People did wonder why Meghan would choose to style her coat in such a way and according to Emily, this was a giveaway sign that she was pregnant.

"You kind of think to yourself no detail goes amiss with a piece of couture like this, why has she not done her coat up?"

Fast forward days later, three days in fact, to the Duke and Duchess landing in Sydney to begin their royal tour of Australia. 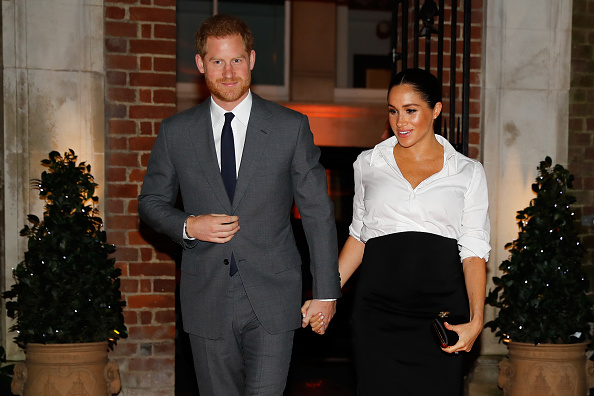 Getting off the plane, Meghan was pictured carrying paperwork which struck royal fans and commentators as odd.

It all made sense a few hours later when Kensington Palace released an official statement confirming that the couple's first child was on the way.


popular
The most popular baby names in Ireland have been released in Statistical Yearbook 2021
Have kids, they said... 11 photos that'll make you feel better about your day
3 abandoned kids and skeletal remains of 9-year-old brother found in Texas
Forensic officers search home of missing Cleo Smith for a third time
Further details emerge on abandoned Texas kids found with skeletal remains
I had a baby using donor egg treatment, here are my 5 most important pieces of advice
WATCH: Littlewoods Ireland’s Toy Tester Hannah has her say
You may also like
1 month ago
A Royal Reunion: Prince Harry and Meghan to return to England for Christmas
2 months ago
No bad blood: Kate Middleton and Meghan Markle are closer than ever
2 months ago
Harry and Meghan reportedly felt the queen's response to racial concerns fell short
2 months ago
Steal her style: How to recreate Meghan Markle's sleek home office on a budget
3 months ago
Kate Middleton and Meghan Markle are back talking after Lilibet birth
3 months ago
"Lucky so far": Prince Harry gives sweet update on daughter Lilibet Diana
Next Page