So we're big fans of Spencer Matthews and Vogue Williams in here.

Vogue and Spencer have been together for a good few years, and have since been married and had a baby.

Hilariously, Spencer recently gave some insight into how he managed to land the beautiful Vogue.

The pair met on Channel 4 The Jump in 2017, but sadly Vogue ruptured her anterior cruciate ligament and had to pull out.

However, Spencer clearly fell for her, and did most of his courting while she lay in hospital.

He said: "I had practically moved into the west wing of the hospital she resided in."

"I knew she was off the ­market because she’d done her leg in. No one wants to be with the girl in hospital."

"It’s not like she can dodge me. I wouldn’t even bother sending messages, I’d just show up. She’d be in her hospital bed." 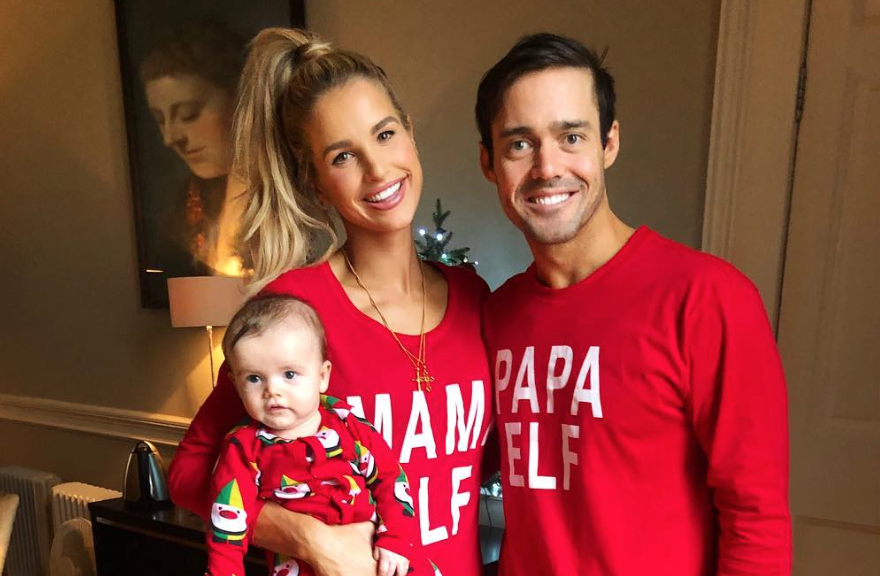 Vogue also revealed how the couple ended up buying their first home, which was kind of an accident.

"We moved in together quite quick when you think about it. We were moving in together and we were looking for somewhere to live."

"The agent was clever and he brought us somewhere we absolutely loved but it was only for sale."

"So we found our dream place and then we bought it. So we didn’t just move in together, we bought a place together."

The rest is history I guess.

Baby Theodore arrived last September, and they lived happily ever after.