A teenage girl has been charged with the murder of a seven-year-old in Yorkshire.

Katie Rough was found in a grass laneway after police were called to an address in the quiet cul de sac of Alness Drive, Woodthorpe at approximately 4.30pm on Monday afternoon.

She was rushed to York District Hospital but passed away soon after. 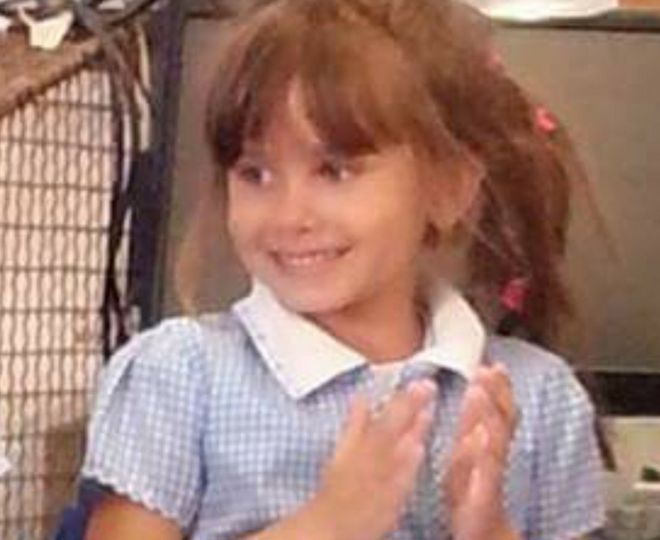 A spokesman for North Yorkshire Police, who are investigating, said: ‘Police were called shortly after 4.30pm on Monday 9 January to an address in Alness Drive in York.

‘An ambulance attended and the girl was taken to York District Hospital, where she sadly died a short time later.‘Officers remain at the scene while the investigation to establish the full circumstances surrounding the death of the girl continues.’

Witnessed say Katie's distraught mother Alison Rough arrived at the scene when Katie was found on Monday, followed soon afterwards by her husband, Paul. The couple married just two weeks ago, with their daughter Katie as bridesmaid.

The child reportedly finished school at 3pm. She was discovered by dog walkers in the grass at 4.30pm.

Alness Drive in Woodthorpe area of York close to where 7 year old who died was found. 15 year old being questioned by police @BBCLookNorth pic.twitter.com/85wAlRZ6fd

As the investigation continues, police have appealed for anyone who may have seen the girls together on Monday afternoon to come forward with any information.