The incident occurred on Wednesday night.

A teenager has been seriously injured after a shooting in Dublin on Wednesday night (24 February).

The incident happened at around 11pm on Eugene Street in Dublin 8.

A male youth, aged in his late teens, received a number of gunshot wounds and has been taken St James Hospital to be treated for serious injuries.

The area remains cordoned off and a forensic examination will take place later this morning.

Gardaí are appealing for anyone with information in relation to this incident to come forward. 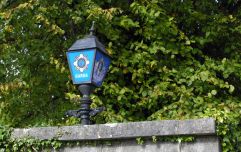 15-year-old boy charged with murder of woman in Dublin

END_OF_DOCUMENT_TOKEN_TO_BE_REPLACED

Gardaí are particularly appealing to anyone who was in the Eugene Street and Dublin 8 area last night between 10.30pm and 11.30pm to come forward.

Anyone who may have camera footage of the incident (including dash-cam and mobile phone footage) is being asked to make it available to investigating Gardaí.

Anyone with any information in relation to this matter should contact Kevin Street Garda Station on 01 666 9400, the Garda Confidential Line on 1800 666 111 or any Garda station.


popular
This plant-based cleaning range will make a huge difference to your home hygiene
Madeleine McCann's parents release statement ahead of her 18th birthday
International travel could return as early as July, according to Simon Coveney
Mum wants to know the going rate for the tooth fairy and honestly same
Minister for Justice Helen McEnte shares first picture with newborn son
Here is why we should be hugging our kids when they are being bold
Meet the Irish midwife in Australia who is helping women worldwide access childbirth classes
You may also like
2 days ago
Hunt underway for man who attacked pregnant woman in Dublin city centre
6 days ago
Unborn baby of woman attacked on Dame Street died after assault
1 week ago
I think it's safe to say we'll all be holding our children a little tighter tonight
1 week ago
"You made me a better man:" Ashley Cain shares tribute to baby Azaylia
1 week ago
Ashley Cain's baby daughter Azaylia has sadly passed away
1 week ago
"There's a lot you wouldn't want to see" Ashley Cain admits he's struggling amid daughter's cancer battle
Next Page