Temperatures to reach 27 degrees today, but the good weather won't last for long

Something's got to give, lads.

In case you haven't noticed, the weather has been class. Like, abnormally good.

Like, sit outside for the entire day working and only venture inside to go to the bathroom and maybe to get a snack good. That's how good.

The bank holiday was no exception. And as it turns out, neither is today, because temperatures are due to rise as high as 27 degrees.

No, really. For real.

According to Met Éireann, most areas across the country will remain incredible hot today (June 2) with top temperatures of between 22 to 27 degrees.

These temperatures will be highest over Leinster and Munster, but the rest of the country will also be reaping the benefits of the hot weather with fairly decent highs of between 15 and 20 degrees.

Coastal areas will be more windy, naturally, but the good news is the majority of the day will remain sunny. 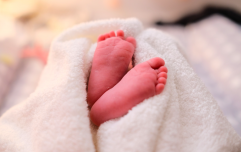 END_OF_DOCUMENT_TOKEN_TO_BE_REPLACED

The bad news is that there's a good amount of showers coming tonight and leading into tomorrow. Although most accumulations are expected to be small, there is a slight chance of some heavier bursts in the east and southeast.

There will be lows of between 7 to 11 degrees freshening north to northwest winds as we come into Wednesday, with blustery showers expected along the eastern and southeastern coasts.

Listen, it's not the worst. As long as it's not torrential, we'll take it.


popular
Strictly Come Dancing reveals the first three celebs in this year's show
Woman reveals her sister-in-law left her newborn daughter alone in park for hours
Cork woman criticises maternity restrictions after experiencing two miscarriages alone
Getting Outdoors: 8 Of The Best Waterparks Around Ireland
Coco Austin reveals she breastfeeds her and Ice T's 5-year-old daughter
Amanda Knox is pregnant only weeks after suffering a miscarriage
Getting vaccinated will help give children their normal lives back, Niac tells parents
You may also like
21 hours ago
5-year-old dies after being injured at UK department store
2 days ago
'Fully Obsessed' – Queer Eye's Tan France and husband Rob welcomes baby boy
2 days ago
HSE confirms vaccinations for 12-15 age group to begin within weeks
3 days ago
Three people arrested on suspicion of murder after five-year-old boy is pulled from river in Wales
4 days ago
Boris and Carrie Johnson are expecting baby #2 and reveal miscarriage earlier this year left them 'heartbroken'
5 days ago
A quarter of a million children could be vaccinated by the time school is back says Micheál Martin
Next Page