"Your heart could not take it."

The daughter of a teacher who was killed in the Texas school shooting has spoken out.

Just days after her mother's death, Irma Garcia's daughter also lost her father. It is believed he died from a heart attack, with doctors saying the grief-stricken husband passed away from a broken heart.

Family members said Joe simply couldn't live without Irma. They also said the grief was too much for him to handle.

Joe Garcia was married to teacher Irma for 24 years but they were set to mark 25 years of marriage this year.

Speaking about the harrowing loss of both her parents, Lyliana vowed to honour both her mum and dad.

She said their names will never be forgotten.

She also said she understands her father's heart couldn't handle the loss of his beloved wife.

A memorial has been set up for the victims, including Joe.

Crosses with the names of the deceased have been placed outside Uvalde County Court. 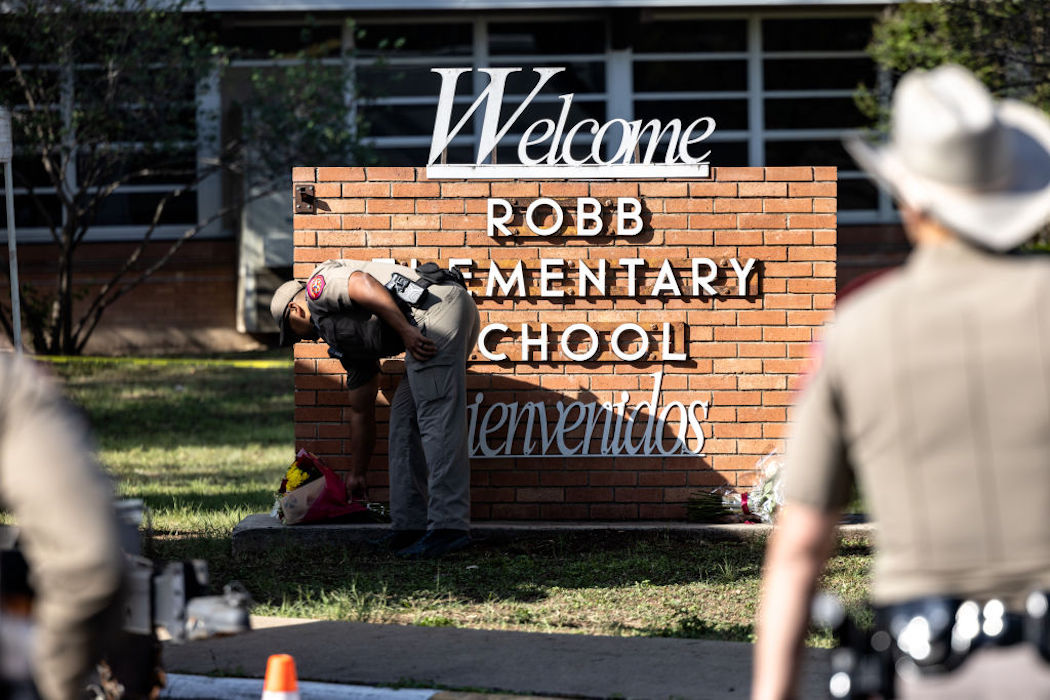 END_OF_DOCUMENT_TOKEN_TO_BE_REPLACED

The local community has been paying their respects at the memorial. Meghan Markle, President Joe Biden, and Matthew McConaughey have also paid their respects.

Lyliana penned a moving message to her parents at the memorial.

She wrote, "Dad, I know this was too much for you. Your heart could not take it."

"I will spend the rest of my life fighting for you and mum. Your names will not be forgotten. Your daughter, Lyliana."

Both Joe and Irma will be laid to rest on Wednesday, June 1st.

Before his passing, their father visited the memorial site. He sobbed as he laid down a bunch of flowers in honour of his wife.

popular
These 40 baby names are set to trend in 2023
'He's a changed man': Woman marries her 'high school bully'
Little boy dies of cancer after doctors ignored mother's concerns six times
Bride asks for divorce day after wedding following groom's disrespectful cake stunt
Man sues friend for £1.9m after she refused to be his girlfriend
'Vile' TikToker blasted for comparing disabled kids to vegetables
Dad admits he hates his daughter's name so much it makes him uncomfortable
You may also like
6 days ago
16-year-old boy appears in court following murder of teenage girl
1 week ago
What is chroming? Mum issues warning after daughter dies from dangerous trend
1 week ago
10-year-old boy stable after being struck by lightning
1 week ago
Fundraiser launched for dad who died trying to save daughter from drowning
2 weeks ago
Schoolboy charged after throwing brick through bus window and injuring baby
2 weeks ago
Food regulator chief compares harm of bringing cake into offices to passive smoking
Next Page