This adopted woman searched the country for her long lost sister.

Hillary Harris was put up for adoption as a baby but always longed to find her biological family, particularly her half-sister.

She had her sister's name from her adoption file but after many years of searching, Hillary began to think she would never find her.

She even took to Facebook and looked through every profile of the same name to see if any of them could be her sister.

Last year a couple moved in next door to Harris and her family.

She soon found out her new neighbour was called Dawn and she was from Greenwood Wisconsin.

This was exact name and location that Hillary had found for her sister in her adoption file.

She excitedly told this information to her husband but ultimately the two decided that there was just no way after all these years the person they were looking for had literally landed on their doorstep.

An introvert, Harris was too shy to strike up a conversation with her new neighbours even though they shared a driveway.

The two families stuck to waving a casual hello to each other, but Hillary continued to wonder if the woman living next door could be related to her. 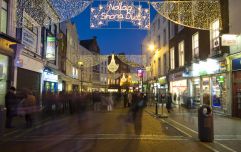 Hugs 'shouldn't be allowed' when families gather for Christmas festivities

END_OF_DOCUMENT_TOKEN_TO_BE_REPLACED

Her disbelief that her long-lost sister would turn up like this kept her from broaching the subject with her neighbours but after finding out that the woman's surname was Johnson (the same as Harris' sister) and not Casperson like her partner, she knew it was time to make a bold move.

Speaking to The Washington Post Harris said she worried about approaching Dawn for fear of rejection ;

"I said no I'm not going to ask her. What if she never knew about me? What if it's a secret?"

But her husband insisted that if she didn't ask, he would.

That afternoon they popped over to their new neighbours and Hillary couldn't help but notice the similarities between herself and Dawn ;

“I go out there and I stand by her and I start talking to her, and I kept looking at her curly hair. I have curly hair. I looked at her hands; they look just like mine. I have large hands, man hands I call them.”

But ultimately Harris could not work up the nerve and left for home disheartened.

Later that evening though she just couldn't get Dawn off her mind and decided she had to know, so she found her mobile phone number and texted her. 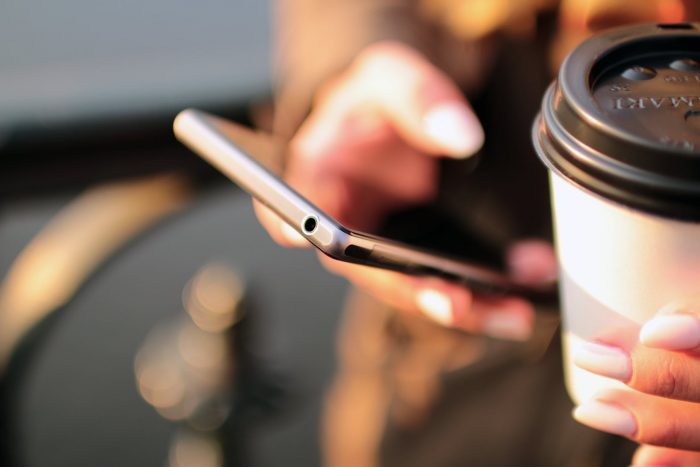 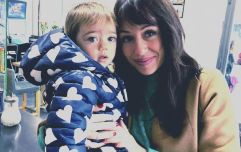 Victoria McAuley tells us about Italian life in lockdown, with her partner and two kids

END_OF_DOCUMENT_TOKEN_TO_BE_REPLACED

Harris knew some small bits of information about her sister and her biological family and used that to start the conversation.

She text to ask if Johnson was Loyal Corn Fest queen in 1983 and what her father's name was.

She replied back that her father was Wayne Clouse and this was exactly the answer that Harris was hoping for.

At that moment Johnson realised that her birth father, whom she never met until she was 18 may have had other children and on calling Hillary asked ;

"You and me have the same dad don't we?"

After years of searching, Harris has finally found her sister in the most unlikely of places... right next door.

The two have since become inseparable and spend almost all of their free time together.

Harris said that people have even remarked at how much her daughter Stella looks like Dawn.

"I love sharing it because it’s such a beautiful happy story,” Harris said. “I know a lot of people struggle with adoption things and finding their biological family. But I want to tell them to not give up. Keep looking. Look everywhere. Go look next door. You don’t know what you’ll find."

I have people in my life who have long lost relatives that they would love to reconnect with and reading stories like this give me hope that one day they will be as successful in their efforts to find their loved ones.


popular
Here's what bookies think Harry and Meghan will name their baby girl
Pregnant Binky Felstead poses topless with baby bump
Vogue Williams son Theodore recuperating after an accident at home
The Westbury voted best hotel in Ireland for 2020 by Condé Nast readers
These 5 Foods Could Increase Your Chances of Having Twins
Using a childminder? You might be entitled to a new subsidy.
Princess Charlotte doesn't have to bow to the Queen but Prince George does - here's why
You may also like
2 weeks ago
Retiring couple adopt seven siblings after parents pass away suddenly
2 months ago
Apparently, couples with daughters are far more likely to end up getting divorced
3 months ago
Aunts are 'as important as mums' when it comes to raising girls says parenting expert
3 months ago
Dad gets son's birthmark tattooed onto his body to help boost his self-esteem
4 months ago
Brian McFadden and Danielle Parkinson expecting "miracle" first child together
4 months ago
This ingenious hack to clean your washing machine is an absolute game changer
Next Page