The young boy was reported missing from his home on Saturday.

Two adults and a 13-year-old boy have been arrested after a 5-year-old boy was found dead in South Wales last week.

The body of Logan Mwangi was discovered in Ogmore River near Pandy Park in Bridgend, South Wales on Saturday, July 31.

39-year-old John Cole has been charged with the murder of the young boy.

30-year-old Angharad Williamson and a 13-year-old, who cannot be named for legal reasons, were also arrested by police. It is believed they were charged with perverting the course of justice.

Two adults and a 13 year old boy have been charged in connection with the death of 5 year old #LoganMwangi.

He was found dead in a river in #SouthWales last week. pic.twitter.com/ekJGQQT5G9

All three will appear before court today.

Young Logan's body was taken to the Princess of Wales Hospital where he was pronounced dead. Investigating officers described the young boy's death as harrowing.

Logan was reported missing at 5.45 am on Saturday. It is believed his family home was a stone's throw away from the river where he was later discovered.

I'm at Cardiff Magistrates' Court, where three people will appear following the death of five-year-old Logan Mwangi. Logan's body was found in a river in Bridgend on Saturday 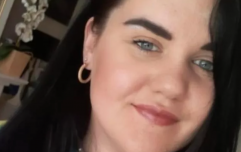 Man charged in connection with death of pregnant Irish woman

END_OF_DOCUMENT_TOKEN_TO_BE_REPLACED

“This is a very harrowing case for all involved and I extend my deepest sympathies to Logan’s family and friends. This remains an extensive and sensitive investigation by the Major Crime Investigation Team and I am grateful to the local community for its support and understanding while we have continued to gather evidence across several scenes," commented Detective Chief Inspector Mark O'Shea.

"Legal proceedings are now underway and I want to remind everyone to avoid speculation which may prejudice this investigation," he added.

He has urged anyone with information to come forward.

popular
Bachelor Nation star Sarah Herron's baby passes away shortly after birth
Molly Mae fans are shocked after finding out how much Bambi's crib cost
Tommy Fury responds to Jake Paul ruining his baby news
Molly Mae says becoming a mum is the best thing that ever happened to her
Expert says Cocomelon acts "as a drug" to kids' brains
Man charged with the murder of pregnant Natalie McNally
Nutritionist warns parents they shouldn’t let their kids drink Prime
You may also like
3 months ago
Police found note saying 'I am evil. I did this' in Lucy Letby's home
4 months ago
Riverdale actor Ryan Grantham charged with murder of his mother
5 months ago
Man (50s) arrested on suspicion of the murder of Miriam Burns
6 months ago
Family of murdered 9-year-old girl speak out
6 months ago
Police launch murder investigation after 9-year-old girl is killed in England
8 months ago
Infant poisoned by nurse "deteriorated quickly", hospital reveals
Next Page