This Irish Mammy Is The New Queen Of WhatsApp

Like many other people, we have a family WhatsApp group and it is HILARIOUS.

My parents both have had smartphones for a couple of years now and the only 'smart' thing they really use it for is to keep up with family news on WhatsApp.

One of my brothers lives in the UK with his wife and kids and another lives in Abu Dhabi with his partner, so we keep each other updated as much as we can, mostly on how all the grandkids are doing, sharing pics and vids.

My dad has an unbelievably advanced grasp of emojis that leave us rolling in the aisles laughing sometimes. I mean, they are SO advanced, we've no idea what they actually mean; 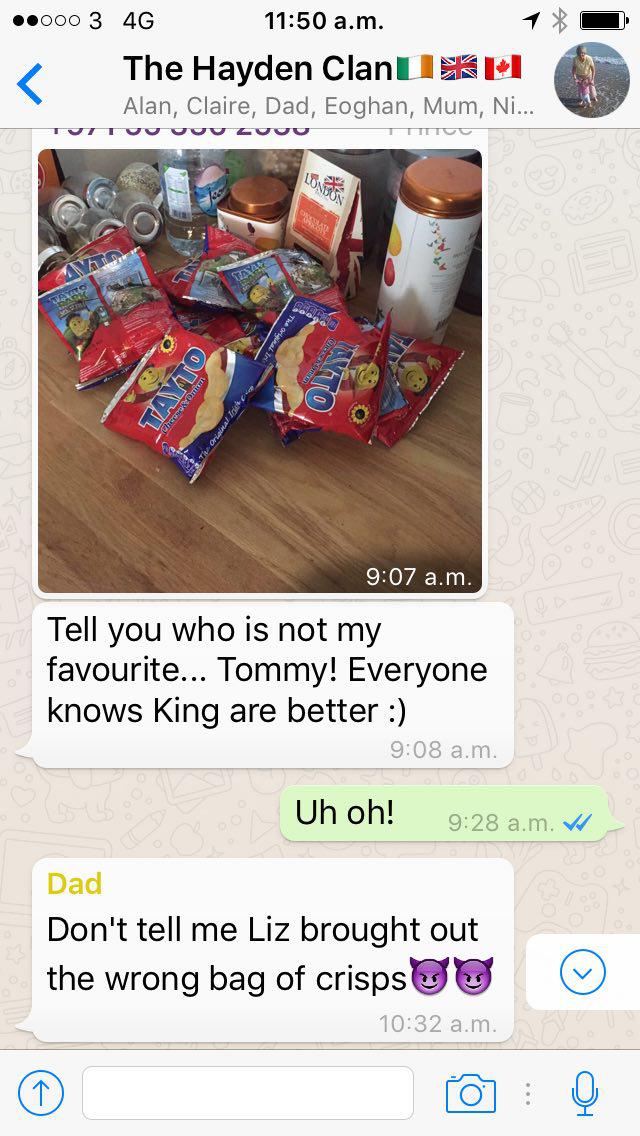 My mam, on the other hand, replies to messages so old, we never have a clue what she's referring to.

"Great news, you must be so happy!" she'll type, after one of my brothers has uploaded seven photos of his kid.

"What?!" we'll all message back, one by one, trying to figure out which of us she's even talking to.

END_OF_DOCUMENT_TOKEN_TO_BE_REPLACED

The parental technology challenge is real.

This Twitter user, however, may have the coolest mum on WhatsApp ever.

Dave McGinn posted a screen grab to his account of the first exchange between him and his mam when he added her to their family WhatsApp group;

My dad bought my mam a smartphone for her birthday, and she has just been added to the family WhatsApp group?pic.twitter.com/lmUV87lWfG

Love it, keep up the good work mum!


popular
"You're disgusting": Prince William roars at photographer who was 'stalking' his family
I tried 'slow parenting' for a year and I'm never going back
Friends co-creator says she's now "embarrassed" by the series' lack of diversity
6 fun things to do in Dublin on your next family day out
Mum asks what baby name combos to avoid and the results are hilarious
Lidl announces warehouse clearance sales with 80% off
Planning a family trip to Kerry? Discover everything Muckross House has to offer this summer
You may also like
2 days ago
19-year-old in critical condition after severe car accident in Cork
3 days ago
Children wearing wrong-sized shoes and pyjamas in daytime as parents cut costs
5 days ago
Abortions at record high – with cost of living and job insecurity partly to blame
6 days ago
Irish Cancer Society launches campaign for deferred maternity leave for cancer patients
6 days ago
Gardaí investigating serious shooting incident in Dublin
1 week ago
Robb Elementary school to be demolished in the wake of recent shooting
Next Page