An American woman whose daughter was stillborn has started a charity aimed at helping families grieving infant loss to pay their medical bills.

Jennifer Jara's first pregnancy ended at 27 weeks after her daughter stopped growing and doctors learned there was no longer a heartbeat.

Her daughter, Jessica, was stillborn on July 1, 2014 and after 24 hours of labour, she and her husband Joaquin were sent home from hospital without their baby girl.

"It was a very surreal experience," Jennifer told Today. "We left the hospital that night and basically got wheeled out in a wheelchair with a packet of information about funeral homes, burial and cremation.

"We were told, 'Make an appointment with your doctor in two weeks,' and, 'Good luck.' Not that the doctors and nurses weren’t empathetic, but that was all they could really do." 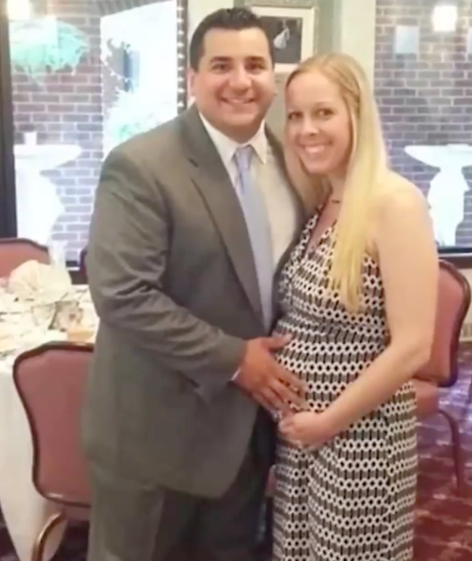 The couple's heartbreak and grief in the weeks after Jessica's birth were made worse by the medical bills they received in the post. As healthcare in the US is for the most part privatised (or accessed through social insurance if you have a full-time job), families are often landed with hefty bills that add to their suffering.

"It's a reminder every single month," Jennifer continued. "You don't get to bring a baby home but you still have to pay this payment plan of however many dollars a month. It seems so unfair." 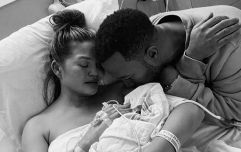 END_OF_DOCUMENT_TOKEN_TO_BE_REPLACED

Seven years on from Jessica's death, Jennifer, who now has three children between the ages of one and five, is trying to lessen that strain on families going through what she and her husband faced.

Last summer, while on maternity leave after the birth of her youngest child Gianna, she "sat down and thought about" the days following her first daughter's birth.

"How could someone have helped me?" Jennifer said. "Second to bringing my baby back to life, which nobody can do, I thought, 'What about all the bills that come in?'"

This realisation prompted her to launch 'Love, Jessica', a non-profit aimed at helping families grieving infant loss with medical and funeral expenses.

Those who apply to the charity for aid need to fill out an application form and submit copies of their medical bills. The charity then pays the medical facility directly and provides the family with a receipt.

The family see helping others through an experience they went through as a way to remember and honour the first child they lost.

"It keeps my daughter’s memory alive," said Jennifer. "It helps me keep her name out there.

"Every time I write 'Love, Jessica', I smile a little bit. It makes it seem like it didn’t just happen in vain."

For resources and support on pregnancy and infant loss in Ireland, visit pregnancyandinfantloss.ie.


popular
Parents with different surnames are being asked to carry their child's birth cert to travel but is it legal?
Daniel O'Donnell broke it off with Majella years ago - because she was a divorcee
Young woman suffers "life-changing injuries" after being hit in face with firework in Galway
This doctor has an interesting complaint about Peppa Pig
Mum poured bleach into baby's feeding tube to get a good night sleep, court hears
Newborn baby boy found alive in food delivery box
DIY: How to transform your old trampoline into a super-cosy 'summer hideout'
You may also like
1 week ago
Pregnancy and Infant Loss Remembrance Day: "Don't say 'you'll have another baby'..."
1 week ago
The National Maternity Hospital is set to light up in pink and blue for Wave of Light tomorrow
3 weeks ago
More women are revealing they are pregnant in 1st trimester and why I wish I had too
2 months ago
Amanda Knox is pregnant only weeks after suffering a miscarriage
2 months ago
Cork woman criticises maternity restrictions after experiencing two miscarriages alone
3 months ago
New online tool blocks baby adverts from grieving parents
Next Page