A mother of three in Wigan, Sharon Green has made headlines with her complaint to bakery, Occasion Cakes, run by husband and wife team, Steve and Angela Howarth.

Sharon had ordered a cake for her 3-year-old daughter, Tahlia Rose's Christening but was disgusted when she saw the edible teddy bear decoration sporting... a VAGINA. 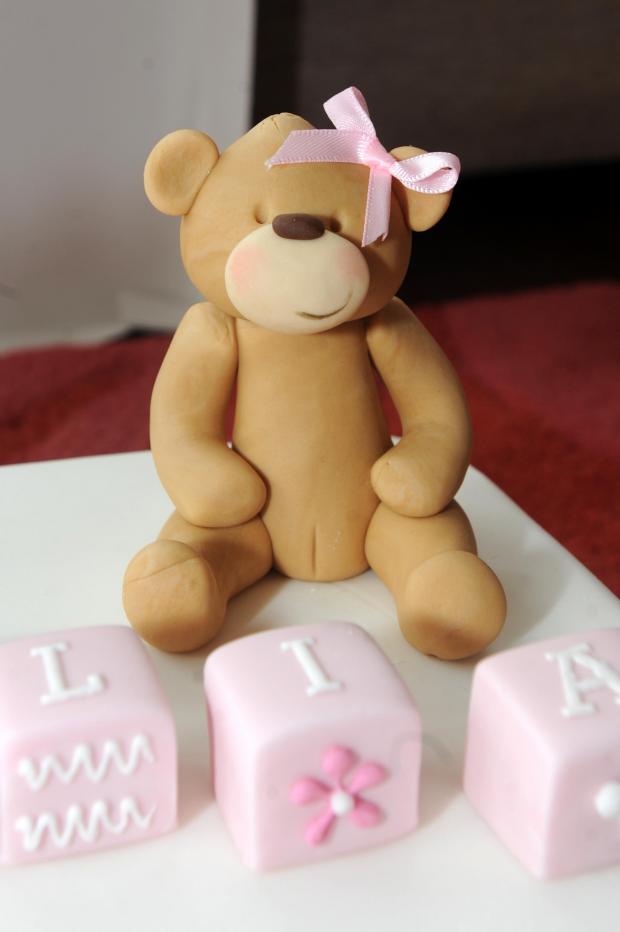 She told the Bolton News:

"It is completely inappropriate. The cake is supposed to be for a three-year-old girl...It is not just me who thought this, it was a talking point at the christening — everyone was commenting on it."

She complained to the shop saying that the crease was not in the display model. Staff at Occasion Cakes took pains to appease the appalled mother even returning to the shop after hours to supply her with edible flowers to cover the teddy bear's modesty. However, Sharon was not satisfied and demanded a full refund for the cake.

The bakery said the crease represents the seam where the bear has been "sewn together" and that the crease is used on both girl and boy teddies.

They claim Mrs Green, aged 45, has made a "bizarre and distasteful" connection.

Much of the dispute played out of the Occasion Cakes Facebook page in a post that has subsequently been removed. 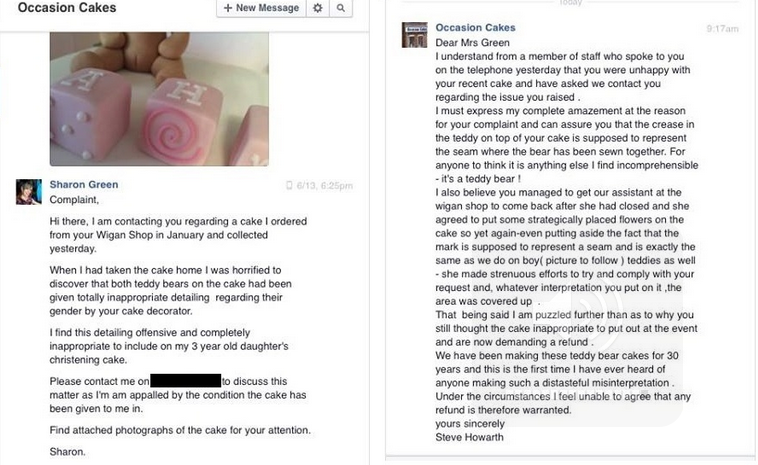 The Greens said they did not eat the cake as they were still hoping to claim a refund. Their guests enjoyed an innuendo-free strawberry gateau and profiteroles.