This comes after a backlash from their advertisers saying that they would no longer use the channel if their adverts continued to appear alongside anti-vaccination material.

Videos containing 'anti-vax' content will now be flagged as 'harmful or dangerous'. The new rule means anti-vaccination videos will no longer be able to make money.

“YouTube on Friday said it would prevent channels that promote anti-vax content from running advertising, saying explicitly that such videos fall under its policy prohibiting the monetization of videos with ‘dangerous and harmful’ content.” https://t.co/0wjoeRHja2

According to Scary Mommy advertisers were shocked when their ads appeared during videos like Mom Researches Vaccines, Discovers Vaccination Horrors and Goes Vaccine Free. 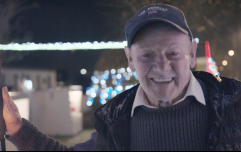 WATCH: Meet 88-year-old 'Paddy Christmas' who has become a local hero for his festive lights

END_OF_DOCUMENT_TOKEN_TO_BE_REPLACED

Many companies do not want to be associated with the 'anti-vax' movement, especially amid the current measles outbreak effecting the United States.

The anti-vaccination movement was also recently called one of the top ten global health risks to be faced in 2019 by the World Health Organisation.

While videos containing 'anti-vax' messages can no longer monetise their videos they will not be removed from the video sharing platform.