"Losing a baby is the ultimate loss, but to watch on over a video call is soul destroying"

*Warning* This article mentions baby loss and some readers may find it triggering.

Donna Madden and her partner Thomas went through every person's worst nightmare when her baby girl Poppy passed away in December 2020. Donna bravely opened up to Her.ie about Poppy's untimely death in a bid to raise awareness about the lack of respiratory ECMO treatment in Ireland. Since losing her baby girl, Donna has been calling on the HSE to introduce the same care in Ireland. ECMO (extracorporeal membrane oxygenation) is a machine that pumps and oxygenates the patient's blood outside of their body. It gives both the heart and lungs a chance to rest.

When their baby girl Poppy desperately needed respiratory ECMO, she had to be flown from Ireland to a hospital in Sweden. Donna was unable to travel because she had just had a C-section. Covid made the journey even more difficult and prevented Poppy's parents from being by her side when she passed away. Donna said she will never be able to fully describe the pain of seeing her daughter, who was only days old, be put into the back of the ambulance and then transferred to a hospital in a country that felt so far away.

On December 18th, 2020, baby Poppy was born in Ballinasloe. Her parents, Thomas and Donna, were overjoyed to finally have a baby girl in their family. However, doctors quickly noticed that Poppy was struggling to breathe. They moved her to the SCBU and then to the Rotunda after doctors discovered she had high pressure in her lungs. After her condition worsened, her doctors had no choice but to contact a hospital in Sweden because they didn't have the right treatment in Ireland. 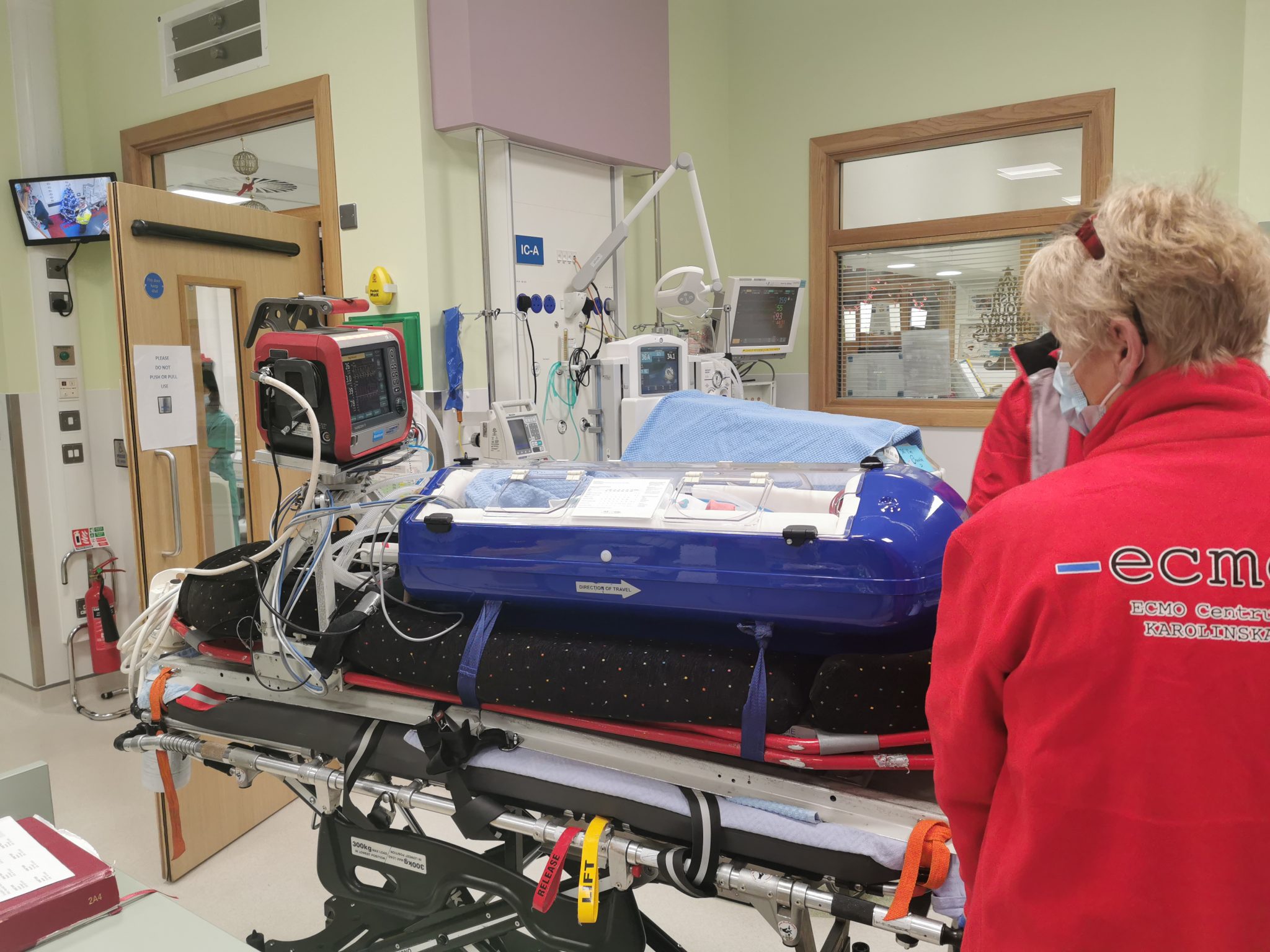 Donna told Her.ie; "I cannot tell you the agony it was to watch our tiny little girl fight so hard to hold on. Time felt like our greatest enemy. We watched Poppy’s medical team manually ventilate her for what felt like an age. She was so sensitive to any intervention, touching, or handling, once she stabilised, her sats increased to the 70s.

"We were at the mercy of the clock, we spent those final two hours (before the ECMO team arrived) standing with our baby girl, our heads looking at her sat levels and then to the clock, watching and waiting in utter agony for the minutes and hours to tick by. Close to 4 pm we got word that the team had landed and were almost in Drumcondra. They arrived at the Rotunda around 4 pm and they took over immediately."

"We watched on from the glass panels in the doors of the NICU, desperately trying to read the body language of the medical staff taking care of our little girl and looking for reassuring smiles and thumbs up. Poppy had fought hard and held on."

Donna praised the ECMO team and the Rotunda staff who treated Poppy with such love. "Before I knew it my little girl was now in the back of an ambulance. Then the enormity of our reality hit me. As I stood in that ambulance looking in at my precious baby girl, about to be separated from her yet again, the crushing soul-destroying thought entered my mind as I said goodbye to her. I realised that I would not see her or be with her for her first Christmas and then that I might not ever see my baby girl alive again."

Poppy was doing well when she first arrived in Sweden, but Donna and Thomas struggled to make it over. The parents faced hurdle after hurdle as they tried to get to their baby girl. Covid was stopping them, PCR tests were causing disruptions and Sweden felt further and further away.

As the days passed, Poppy started to improve and doctors advised her parents not to travel as Poppy would likely be home before Christmas. However, Christmas Eve passed, and then Christmas Day. Days went by without video calls and things changed drastically on December 28th. At 8 pm on Monday the 28th, Poppy’s nurse rang Donna and Thomas so they could see Poppy before she went off duty for the night. Poppy was still stable, but less than an hour later, Donna's phone rang. Poppy had deteriorated rapidly but doctors were doing everything they could to help her. She was in critical condition and doctors feared she had a rare lung disease called Alveolar Capillary Dysplasia Misalignment of the Pulmonary Veins. ECMO would no longer help their daughter and they were miles away from their little girl. Donna and Thomas felt completely helpless and heartbroken.

"We knew this was the end for our precious little baby girl, the absolute torture that we endured in our little girl's final hours of life, we could only hope that she could hear our voices down the other end of the phone."

Because the treatment Poppy needed wasn't available in Ireland, her parents had no choice but to say goodbye to their baby girl through a video call. "I had to ask the NICU nurse that had taken over holding our little girl to kiss her for me. The agony pulsed through every ounce of me when Poppy was lifted from her little bed and placed into the arms of her nurse – a nurse to whom I will forever be grateful. Ultimately the nurses and doctors were her family, we were mere observers from afar."

"Our little girl who fought so hard to stay with us. We had to watch on in heartbreak as she took those awful final gasps as the life left our little Poppy’s precious body – and like that, our little girl that lit up our whole worlds only a short few days previous was gone. We weren’t with her in her greatest hours of need, we had no time with our baby girl. She passed away on December 29th at 3:09 am Irish time, taking with her a piece of us all." 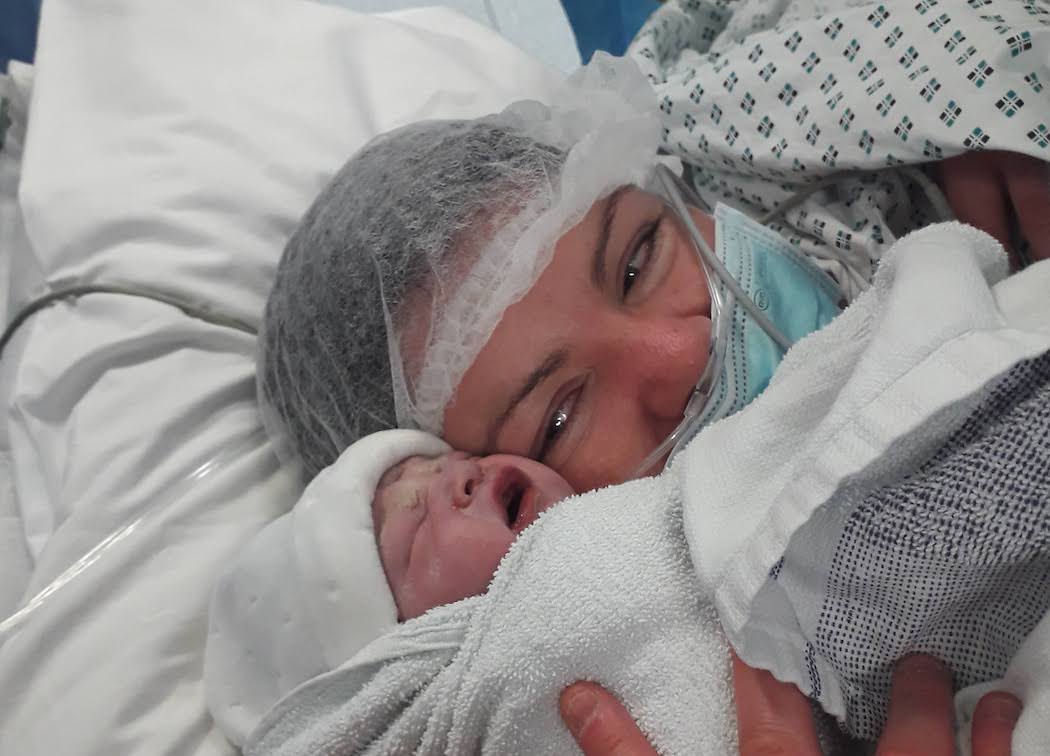 Poppy's parents were finally reunited with their beloved daughter on January 15th, but not the way they hoped or imagined. "You can’t imagine what it feels to have had a baby and yet feel like you didn’t. To not have been able to comfort my little girl in even the slightest way. We were strangers after I carried her for nine whole months. The one voice she always knew was a voice she never really got to hear properly again."

"We were all trying to not upset each other so we weren’t saying it out loud, but we were so scared as to how our beautiful baby girl would be after all this time. Would her tiny little body be okay? Would we even be able to see her, let alone even hold her, it was torture trying to keep these thoughts under wraps. I had no concept of our little girl, we only ever saw her on a screen after she went to Sweden. I had no “feel” for her, her weight, her length, her smell, her tiny size. She looked so different in each picture that it was hard to have an image of how she might be, but we were getting our little precious Poppy home after 17 agonising days of waiting."

"After the most agonising four weeks, four weeks of pain and separation, our undertaker opened our darling Poppy Eve Rose’s little white coffin – we were nearly sick as we watched his body language – “She’s fine, come over”, he said to us. There she was, our perfect, most beautiful Poppy Eve Rose, a sleeping beauty. Our little baby girl, we had her home, she would come home with us but the biggest tragedy of all was that she never got to know we had her."

"Though Covid did not help, I now know that it was in fact economics that made us strangers. We have to live with this horrendous heartbreak. To lose Poppy to ACD was one thing, but to be separated from her for virtually all of her 11 short days of life is indescribable. This has become simply unbearable, especially with the revelation that all we needed was actually here at home in Ireland. Economics robbed our baby girl of everything and it has left us with a heartbreak like no other.

Donna was heartbroken and furious when she learned that there were 3 ECMO machines available in Ireland. The ECMO machines were only a stone's throw away. Donna is sharing this story because she doesn't want Poppy's death to be in vain. She doesn't want another family to go through this pain, this heartache, and this turmoil. She hopes Poppy's story will push the HSE and the government to fund respiratory ECMO in Ireland. 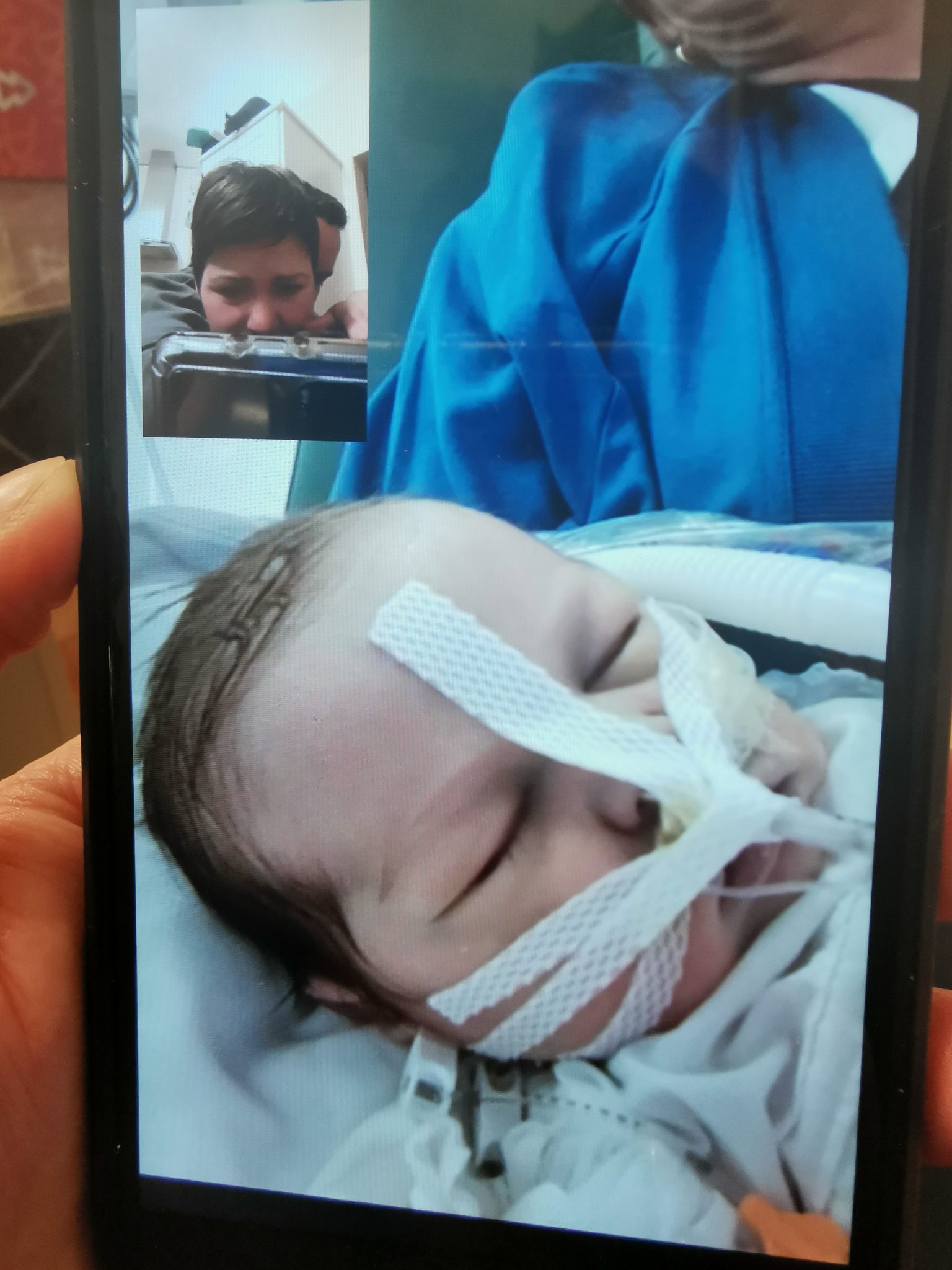 The mum has called on the HSE and the government to introduce a single pediatric cardiac and respiratory ECMO centre. There are ECMO machines in Ireland, but the HSE does not fund this treatment in Ireland. In a report by Morning Ireland, it was revealed that the HSE spends €6 million sending 30 children abroad for life-saving treatment, even though it could be made available here in Ireland.

According to the report, there are three ECMO machines in Crumlin hospital, but they cannot provide respiratory ECMO.

Donna stressed, "No baby should ever have to leave this country for treatment that can be provided here."

"To lose a baby is the ultimate loss, but to watch on over a Facebook video call is soul destroying. Our daughter should have been treated at home in her own country of birth. She should have been surrounded by those who held her dearest – me and her daddy."

All Donna wants is for the same treatment to be available in Ireland that is in Karolinska. No family should ever have to endure the pain and separation she and her partner Thomas faced.

"No other baby, child, Mother or Father should have to endure such separation. It boils my blood that the ECMO machines were only a stone's throw away, but there were thousands of kilometers between us and our baby girl in her final moments.