'The more I tell my story the more I feel myself heal.'

It has been twenty years since the terror attacks that occurred on September the 11th 2001.

I was still in school at the time and remember the news starting to circulate around the school and returning home to see it on every TV channel.

It's hard to describe to anyone too young to remember or not alive at the time just how momentous an impact 9/11 had on not just the United States but the entire world.

In honour of those who were lost and the survivors still dealing with the shockwaves of 9/11, this week on HerFamily I spoke to doctor, father and 9/11 survivor Dr Gordon Huie. 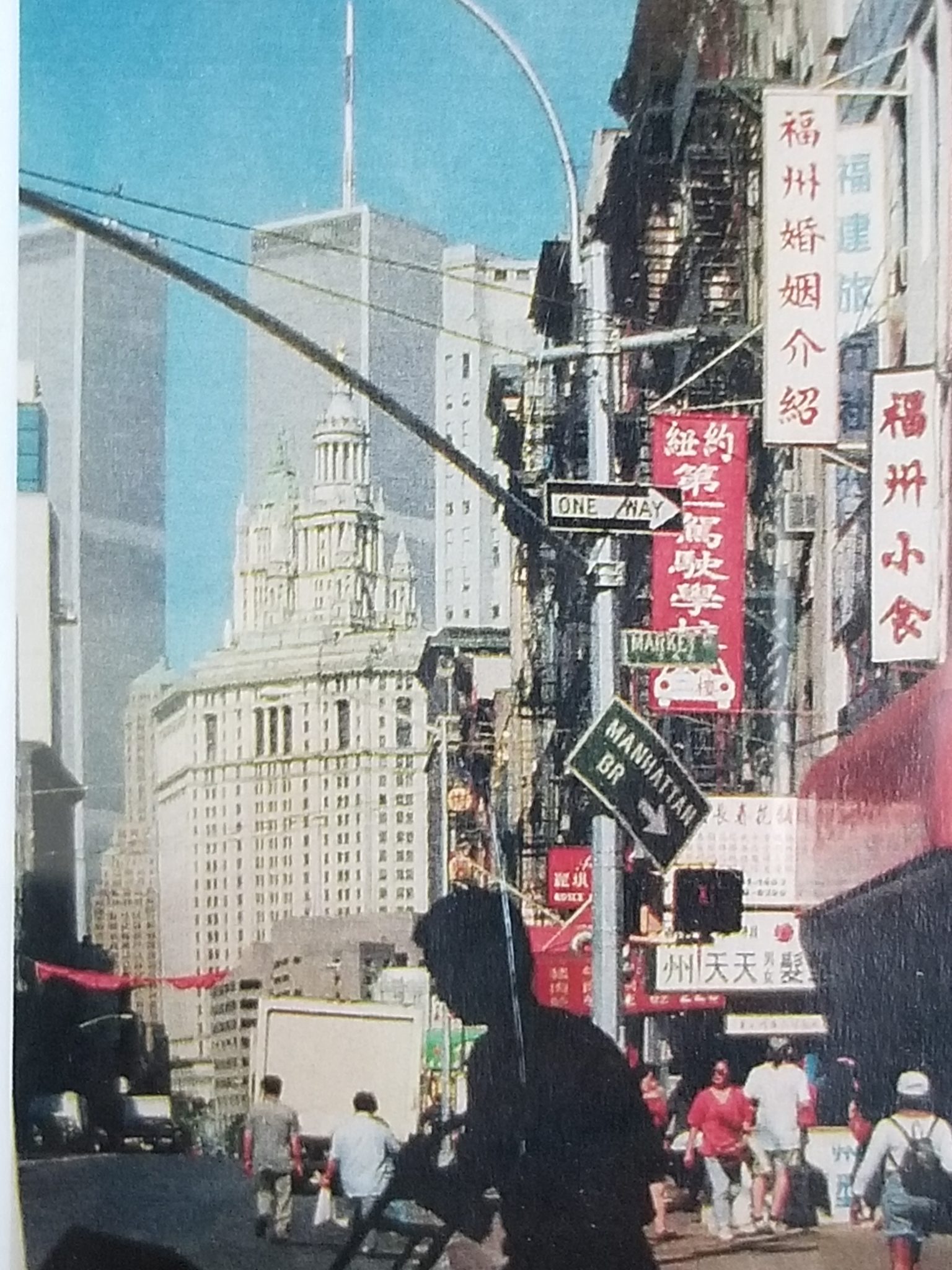 "I was born and raised in Chinatown, New York City and I know every nook and cranny of New York.

The financial district is actually where many of us played because when the offices closed for the day the place would be like a ghost town.

There's no bars or anything like that in that area, so many of my generation learned how to ride there bikes there because the streets would be so quiet in the evening.

I became a medical officer while in the army and then transferred to the Air Force where I continued to practice medicine.

I was on my way to a Beekman Hospital when the planes hit the Twin Towers. It was like the sky was on fire.

When the second plane hit I knew this was no accident, we were under attack. When tower two exploded down people all around the surrounding area were hurt and killed.

It was like a massive grenade had gone off.

I was engulfed immediately in smoke and debris. I couldn't see anything around me, all I could do was cry, I was very scared.

Even though I was frightened, I kept walking towards the towers and the hospital nearby. Everyone else was running away but I knew every hospital in the area was going to need every doctor and nurse possible.

When I got there I assumed I would be brought to the operating room, but their OR as well as every ward was full. I ended up treating people in a conference room in the building.

It was surreal. I didn't feel like I was in a modern hospital in New York anymore. I was sewing people back together on a table with no sheets.

By noon they stopped sending people up to me and I thought it was because they were being diverted to other hospitals. It didn't dawn on me that I wasn't seeing anymore patients because there were no more survivors." 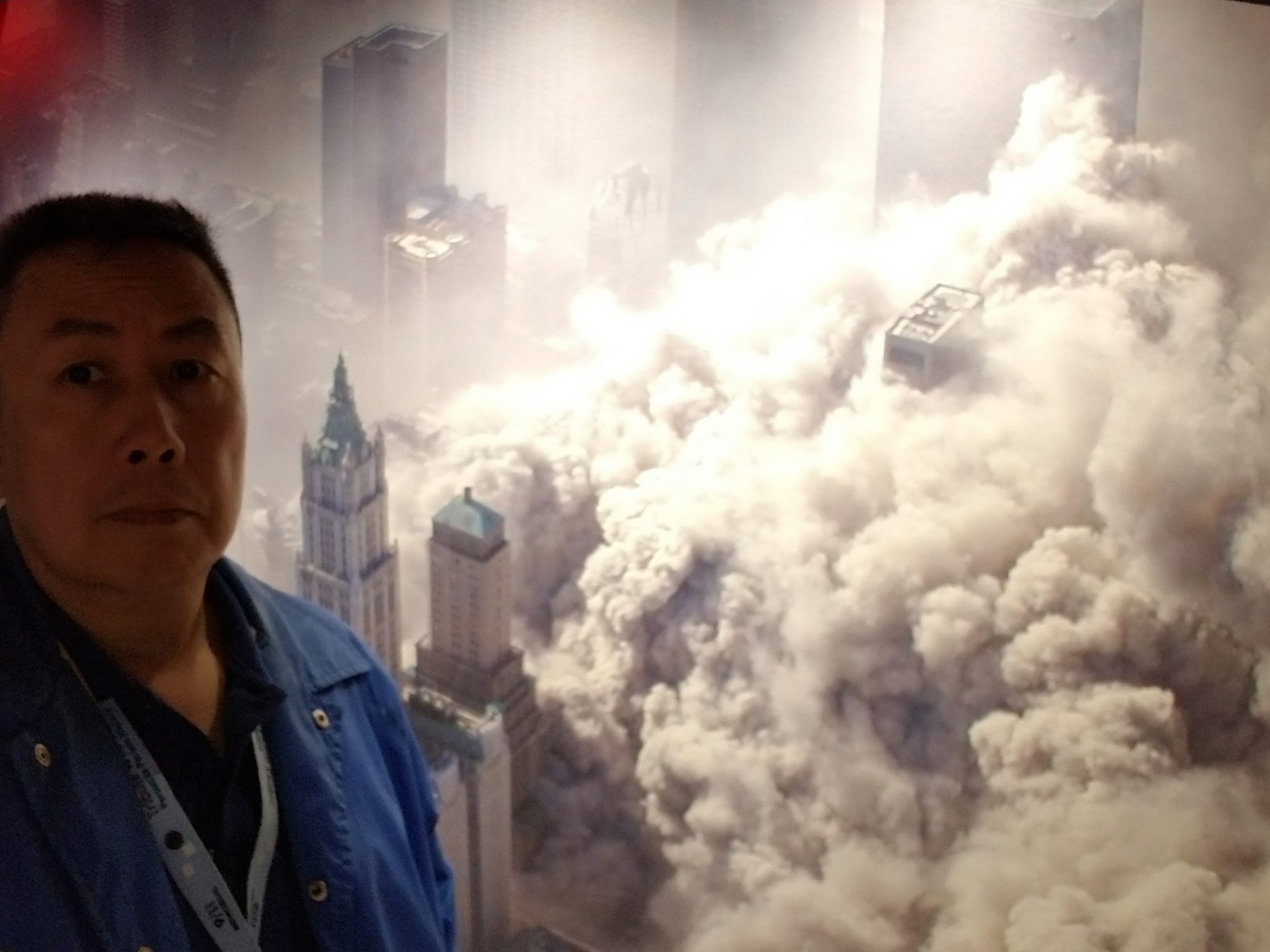 While Huie was lucky enough to have pulled himself out of the dust cloud relatively unharmed and was now assisting the other survivors, he has no idea that for his family, the worst was not over.

"There was nothing to eat or drink in the hospital as the cafeteria had been converted into another ward, so I left and tried to make it to my old church in Chinatown.

Because the cellphone antenna had been taking down during the attacks I couldn't contact anyone on my phone but the church had a landline.

When I finally got through to my family I was informed that my sister Susan had been in the World Trade Center when the planes hit.

She didn't work there, she was just there for a meeting. One of her collogues spilled coffee on his shirt before the meeting so he went down to the ground level to go into the hotel and change.

He had just made it to the ground level when the plane hit and he rang his company headquarters, who in turn called my family.

It seems strange to say, but in a way I was one of the lucky ones in that I knew what happened to my sister. Many others were left wondering for days or weeks what became of their loved ones.

I still feel the trauma of that day and losing my sister but the more I tell my story the more I feel myself heal." 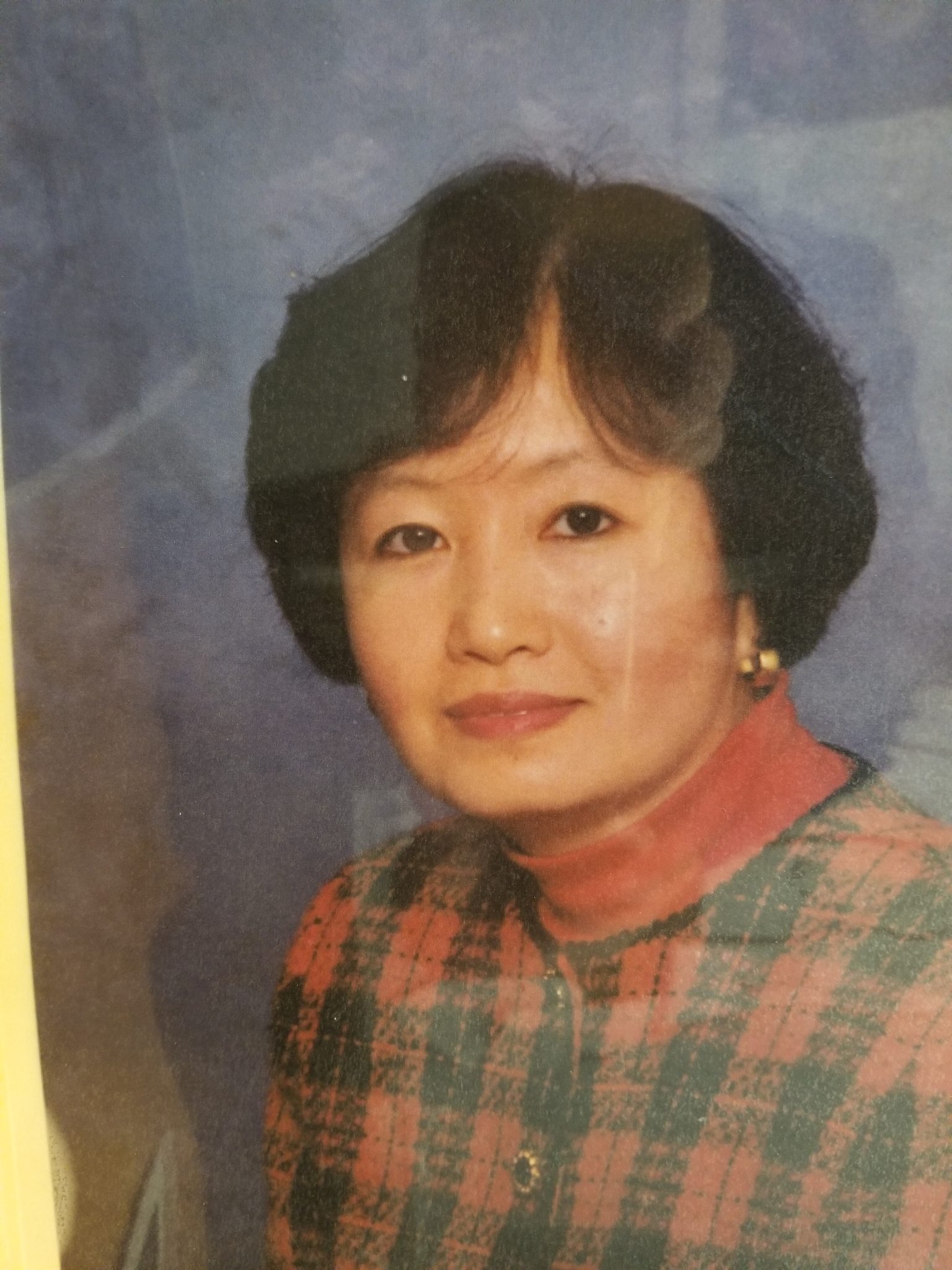 Twenty years on from the events of 9/11, Huie still feels the after effects in many ways, including his health, but he is still grateful that he was able to return home that day.

"I'm so thankful I got to go home to my child, many weren't so lucky.

My daughter Kelly was four-years-old at the time and I still remember when I saw her saying that Goo Goo, which is what she called her aunt, she said Goo Goo is in the broken building. She kept talking about her and asking about her, she was too young to understand that she wouldn't see Susan again.

My daughter is grown and in college now and I'm so grateful I got to watch her grow up.

Since 9/11 many more have died due to cancers and other ailments caused by being in the area when the attack occurred.

Will we lose more, I know we will because I'm one of them, I have multiple cancers growing within me, but I don't feel sad, my time on Earth could have been much shorter, I'm still thankful I've made it this far.

Raising my daughter in the New York area post 9/11 was strange because New York never lets you forget 9/11.

When she was younger she really didn't like hearing anything about 9/11. Even though she was too young to understand it all at the time, she still knew something really bad happened and her defenses were up.

Over the years, through watching me give talks about my experience she has better come to terms with what has happened.

I don't know if any of us will ever fully come to terms with it. The world changed forever that day.

Talking is a healer."