The back to school costs for parents can be a significant financial hit.

My children are about to start back to school in September and only yesterday I went over the uniform list taped to the fridge.

While the basics like shirts, trousers and polo tops for PE are easily picked up in shops like Aldi or Lidl for next to nothing, the crested jumper and branded school tracksuit is not as friendly on the finances. When I attended school neither my primary nor secondary uniform had a crest or any type of branding. They were as basic as they came.

This meant my parents could pick up my uniform almost anywhere and for a reasonable price. The same can be said for a lot of parents even nowadays as many stores across the country sell cost-effective, own-brand uniforms.

Unfortunately, if your child's school requires a crest or school name to be part of their uniform, parents can't just pick up the bargain generic uniform and the cost is significantly higher, especially to families with multiple children. 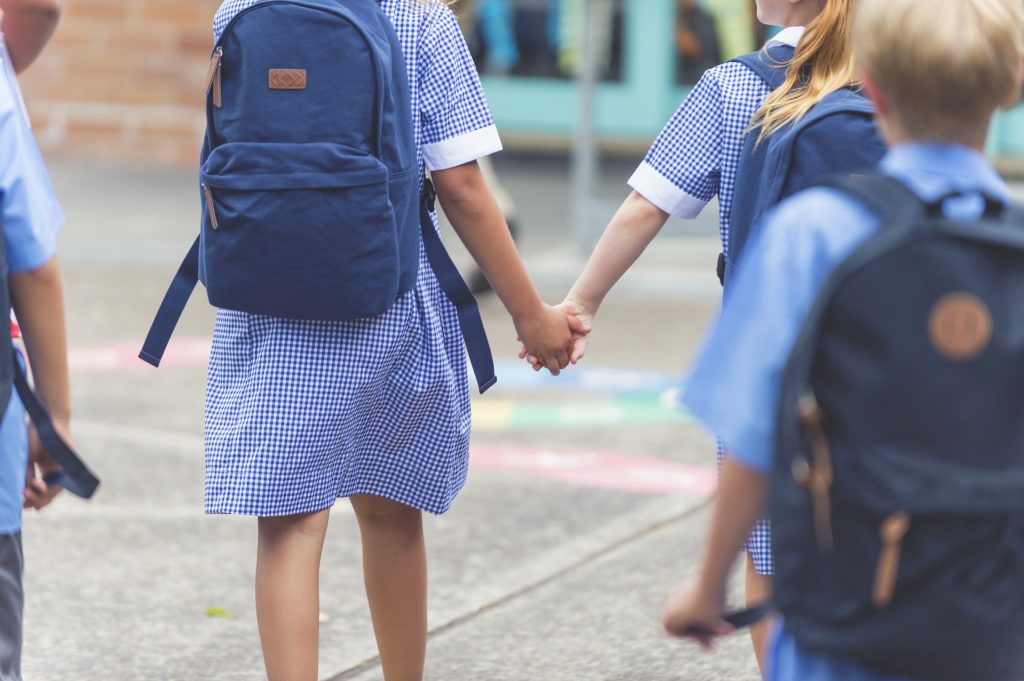 Members of the Oireachtas committee felt that the rise in branded school tracksuits was a large part of the reason that back to school costs are increasing for many families.

According to RTE, CEO of Barnardos Suzanne Connolly said;

"Uniforms have an opportunity to be a real equaliser. It is ridiculous that there are school crests. If there was no school crest you could buy them cheaply. Schools should care about children loving learning and reaching their potential. That's what matters. What they wear should be fairly irrelevant once they are well clothed".

I personally feel that school uniforms are a good idea, as it stops children from competing with each other over clothing, but we need to go back to basics and ditch the crests to ease the financial load of parents.

popular
Bride asks for divorce day after wedding following groom's disrespectful cake stunt
Police believe they know what happened to missing dog walker Nicola Bulley
Couple decide to live on cruise ship permanently after finding it's cheaper than paying mortgage
Entrepreneur schoolboy has made £1,000 from selling sweets
Students given £500 after uni was unable to give them their degree certificates at graduation
Dad admits he hates his daughter's name so much it makes him uncomfortable
Going on solo holidays is good for mothers, science says
You may also like
4 months ago
Expert warns children are suffering 'burnout' from too many activities and sports
4 months ago
Back to school: The 15-minute trick that is about to change your hectic mornings
5 months ago
Gardaí issue warning to parents over back-to-school photos
5 months ago
This is one of the best things you can do for an anxious child
5 months ago
10 tips to make the back-to-school routine totally stress-free
5 months ago
Teacher warns parents not to buy trendy pop-it stationary and toys for their kids
Next Page