"I don't want anything for free. I want compassion"

The cost of sending your child to school is eye-watering. To say education is free in this country is a farce. Parents are spending hundreds if not thousands on back-to-school essentials like books, uniforms, shoes, and travel expenses. You need to pay for homework club, the new schoolbag and the new edition of an Irish book that has one new page in it compared to the previous one. Parents end up in debt, are weighed down by the stress, and spend months trying to scrape these funds together.

The last thing they need on top of these worries is a hefty 'contribution' fee to worry about. When Dublin mum Linda opened her son's schoolbag she was greeted by quite the hurtful letter from his school. Linda shared the letter on Twitter and wrote: "What a way to shame a parent for not yet paying a school fee. This was put in my son's bag - it's the first week of October. "Give me a break between two sets of uniforms, books, stationery, and bills I'm barely keeping my head above water."

Linda opened up about the insensitive letter and the reality of being a single parent in an interview with HerFamily.

The single mum explained just how hurtful it was to find it in her son's bag. The mum has a son in Junior Infants and a daughter in 6th Class. She explained that it is time for schools to give parents a break, especially when it comes to this 'contribution' fee. "The letter just added to my level of stress. Back-to-school is costing me €700 as it is. I don’t expect anything for free. I just wanted a grace period." Linda said the school dealt with it in such an insensitive way. "A little bit of compassion and understanding would have been nice. It was the first week of October. It’s not like you were running away with a supply of Pritt stick for the year." The mum added: "I have no issue with the school. It was how they handled it. They probably didn’t even blink over that amount of money."

Linda said single mothers are treated poorly in Ireland. The mum, who works as an SNA, said this poor view is engraved in Irish society, but it couldn't be further from the truth. Single mothers work. They pay their bills. They pay their taxes. People instantly judge them without even considering what they've been through. "People couldn’t even imagine unless they were in my shoes, what it’s like. Parents like myself are living from paycheque to paycheque. Money is already allocated for food, bills, and essentials. Some of us never have that spare tenner at the end of a week." "I don't want anything for free. I want compassion. I want a bit of understanding, a bit of compassion. I know what poverty is like. I know the pressures."

Linda explained there is so much pressure placed on single mums that is just dismissed by the Government. "Not every household has two incomes. Single mothers are given a bad name. You’re trying to pay off everything so you don’t disappoint kids." Linda said the last thing you want to see is disappointment on your child's face. "You're the one who sees the disappointment on their first day of school or Christmas morning. That pressure is always there. Government ministers on 90k a year don’t realise the pressure we feel. Norma Foley has no understanding of the pressures parents are under. No idea of the hard realities parents face. I think the Government lives in an alternative reality. They don’t know what pressures families face after Covid. Not every parent has a huge family support network that can flash the cash. Sometimes it’s just a parent trying their best."

Linda stressed that there are so many women, men, and families in similar situations to her. The stress back-to-school costs put on parents can be unbearable. People are barely keeping their heads above water. I’m speaking out for parents who hide that letter in their drawer because they were too afraid to look at it." 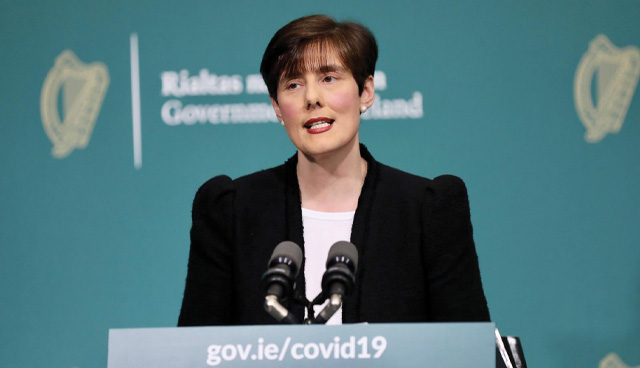 By sharing her story, Linda hopes other single mothers and families facing similar problems will feel less alone. This country isolates them and makes them feel like outcasts in society, simply because they don't fit into the societal mold of what a typical family looks like. “This country still doesn’t think women are able to make their own decisions. They’re afraid of women making their own decisions. There’s an awful lot of people stuck in time.” She added: "There are people who will scam systems. But not everyone does. People have marriage breakdowns or have to escape relationship abuse or addiction issues. It’s not fair to paint everyone with the same brush, but society continues to do it. "People in our Government and this country. They’ve made the decisions for us for too long."

Parents like Linda aren't asking for a free pass. They're asking this country, society, and Government that has been stripped of any empathy and compassion to respect them, to listen to them, and to lend them a helping hand rather than turning their backs on them.