At this school, they will rock you.

School of Rock is arriving at the Bord Gais Energy Theatre this month but ahead of its opening night I got a chance to talk to some of the cast of the show to find out the behind the scene goss and how excited they are to perform in Ireland. 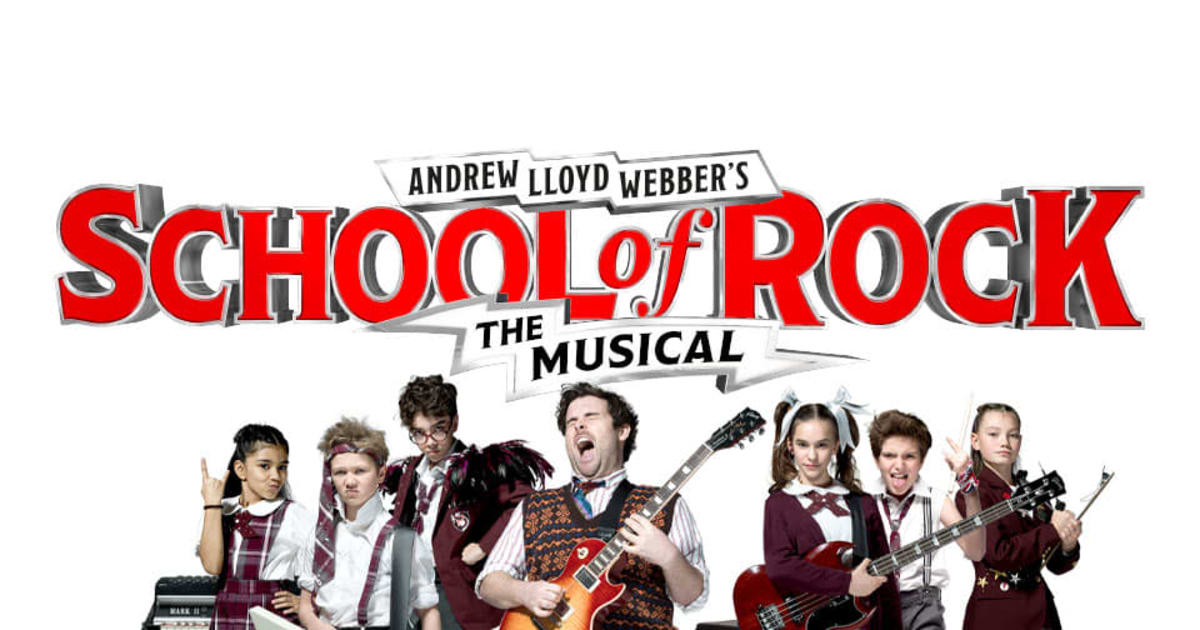 Just to start off with, could you each introduce yourself?

I'm Joanna O'Hare, and I play some teachers and some parents and a big mix of everything.

How long have you guys been on the road with the show?

Well we started, it's kind of since August, really, isn't it? We started in September, actually. But we were started kind of properly rehearsals in August, so yeah.

I mean, you starting to think you are the characters and I figured out that because this character is so exhausting. I don't say a lot during the day. And I realized 90% of what I say in a day is as Finn. 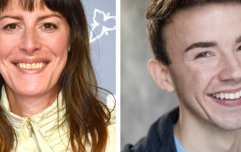 Interview: We talk to the stars of The Curious Incident of the Dog in the Night Time

END_OF_DOCUMENT_TOKEN_TO_BE_REPLACED

I knew that the show would of course be very musical, but it seemed very physical as well as a lot of choreography. I'm just kind of like, choreograph stones as well. Especially for characters like Finn who have to jump off the tables.

Jack:
I took one of my knees out today because my knee pads slipped.  Yeah, it's very physical actually and kind of tough. I'm trying to match the kids energy too, you know. When they do it, it doesn't look physical, but then when I do it does.

Speaking of the kids what is it like working with them because I feel very inadequate after watching that show. Like they're so good at like singing, dancing, the acting everything.

The thing I love is that you go from rehearsal to rehearsal and you see how much they've grown visit.

And then I reckon if you watch that back they just keep improving. What kind of always blows my mind and I find really frustratingly annoying, is that they will also be improving other things behind the scenes.

So there'll be like learning other instruments. So what happened to us when we were doing in the West End was the one of the kids just, he came in as the drummer, he was tiny, like you couldn't see I couldn't get up on the store. And then he was the drummer for six months. He was amazing.

And then he was like, Oh, I'm gonna audition for Zach, the guitarist, and we were like, Oh, that's really sweet. Yeah, give it a go. Unbelievable. And he'd only been learning while he was offstage. Like that's how he learned it. And then he came back as the keyboard player. Just ridiculous. Yeah, I find it. It blows my mind how how talented they are.

Yeah, they have such a lack of fear. I don't know, as adults were like, Oh, I couldn't do that. I don't think I could do that. They're just like, Yeah, I can do that. Yes. 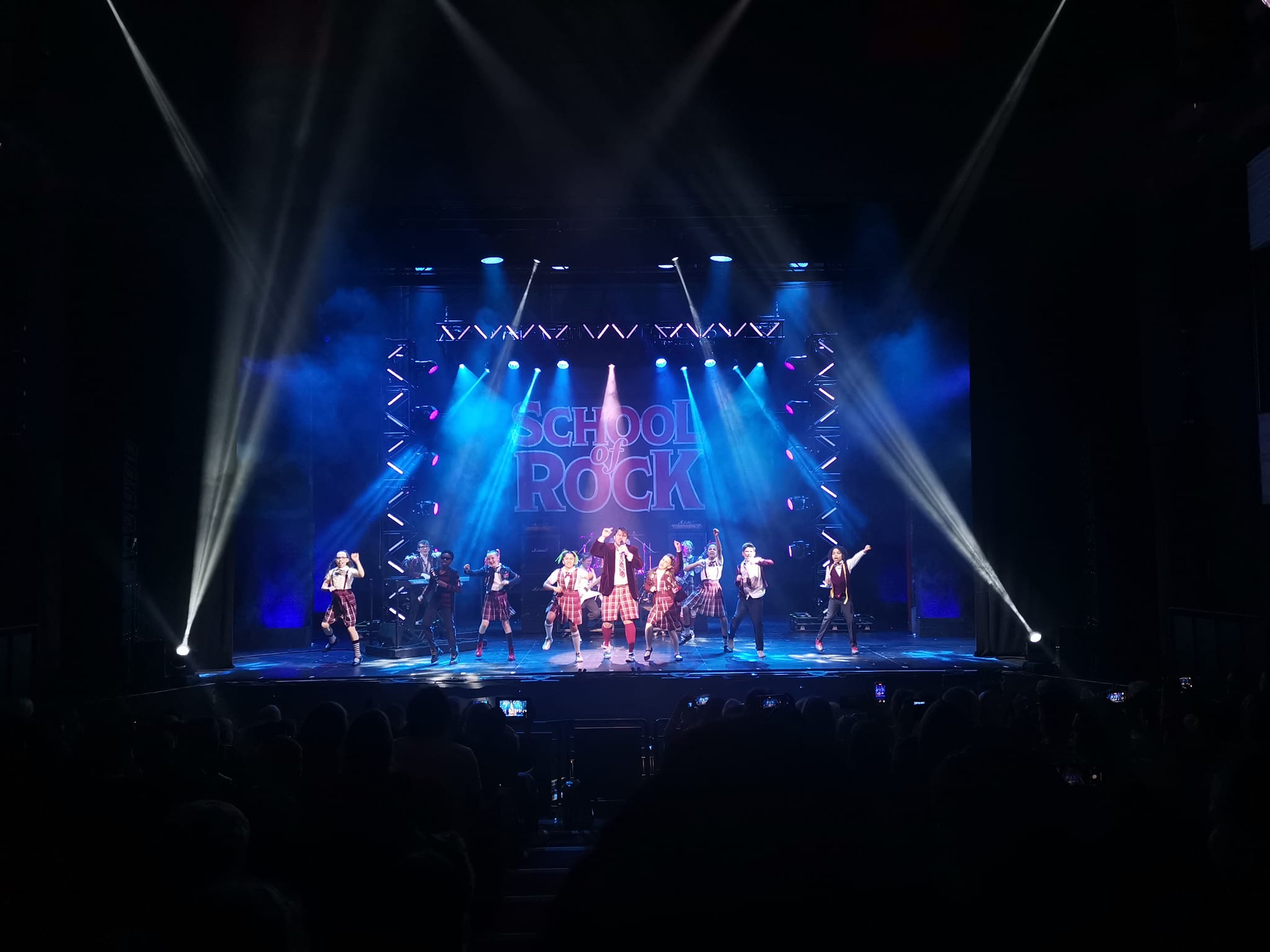 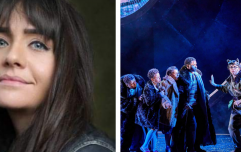 END_OF_DOCUMENT_TOKEN_TO_BE_REPLACED

And did you each take a little bit of inspiration from the characters in the film? For your portrayals?

It's really hard, isn't it when it's a film, but then the script is quite similar, but also quite different.

And I think for my character for Miss Miss Mullins, I think it's written quite differently. I don't think I could really give a Joan Cusack I mean, I love her so much. And her kookiness, and there's a couple of moments that I kind of try  but for me, I tried to keep it from what I could read from the script, rather than what I saw on a movie.

Jack
Jack Black, I mean, he's amazing. He's the best thing ever. So obviously I've stolen bits because why wouldn't you you know, he's made it so iconic.

I had the kid sitting right behind me. And they were screaming like they were at a rock concert. They were losing their mind. Is that the reaction every night? 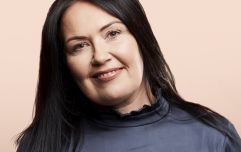 END_OF_DOCUMENT_TOKEN_TO_BE_REPLACED

I'm a Summer or I'm a Zach. And so you're going on that journey with the with the band.

And it's just I can imagine as a kid watching it, you're just elated by the end, you want to be up there with them. And it's just for the best.

But I love hearing reactions like that. Because I think yes, hopefully we've inspired a couple of kids to pick up a guitar

And finally, the all important question... are you guys excited to perform at the Bord Gais?

Gosh, yes. A couple of us have performed there before and we can't wait to come back.

We'll be there for two weeks so it will be a bit of a holiday.

Jack
It's one that I've been most excited.

I'm from outside Belfast and my family are coming down. I can't wait!

School of Rock opens at the Bord Gais on Wednesday June 22nd.


popular
Parent's Benefit Leave extended from today - here's what you need to know
"You're disgusting": Prince William roars at photographer who was 'stalking' his family
6 fun things to do in Dublin on your next family day out
I tried 'slow parenting' for a year and I'm never going back
Children wearing wrong-sized shoes and pyjamas in daytime as parents cut costs
Robb Elementary school to be demolished in the wake of recent shooting
Vicky Phelan shares message of support with Charlie Bird as she deals with pain

You may also like
5 months ago
Hair expert Fiona O’Connor tells us how to protect our hair from the Irish weather
5 months ago
Denise Kenny reveals how to keep your energy focused to achieve your goals
5 months ago
Oliver Sears opens up about how his family survived during the Holocaust
5 months ago
Fitness expert Rosie Stockley tells us the safest ways to work out postpartum
5 months ago
Design expert Lizzie Beesley talks us through what trends Mrs Hinch will use in new home
6 months ago
Dr. Keith Gaynor: The impact that lockdown has had on our mental health this year
Next Page