10 Kids' Party Choking Hazards Every Parent Should Know About

The story of an eleven-year-old girl who tragically choked to death at a birthday party struck fear into the hearts of parents everywhere this week.

It also drew attention to the issue of choking, prompting our readers' to share their experiences and shine a spotlight on many common snacks, items and party foods that seem to pose more of a hazard than others.

Caitriona Carroll said: "There are certain foods that carry bigger risks, yes all food can potentially choke you, but food like whole grapes and hot dog sausages are extremely difficult to dislodge. Other foods because of the texture and shape are easier to get up."

Rhonda Gallagher pointed out that parties can be particularly dangerous, with children eating snacks while running, playing and bouncing on bouncy castles and trampolines.

Reader Mary Shanahan added: "I'm the same with sausages and grapes. I also can't stand popcorn or haribo jellies. We had a close one with my two-year-old recently. He ate a heart shaped jelly and started to choke. I think he thought he could swallow it whole. Never again!"

According to the American Academy of Pediatrics (AAP), these are the most deadly foods and items in terms of choking risk:

These are the biggest culprits. Their cylindrical shape is just about the size of a young child’s airway. Cut them lengthwise instead of into small chunks, which are actually more dangerous.

Round, smooth and freely available in most homes, grapes are very easy to accidentally swallow whole. Cut into two or four segments for smaller children. 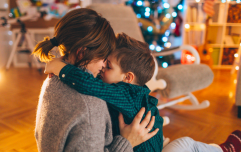 "I am Santa Claus, the elves and Christmas magic" – an open letter to all mums in December

END_OF_DOCUMENT_TOKEN_TO_BE_REPLACED

Often seen as a soft and therefore 'safe' treat, one marshmallow can easily fill up a child's mouth, blocking their breathing. The light texture also makes marshmallows easy to inhale.

Choose flat shapes rather than round 'ball' lollipops for small children. If the top comes off the stick, they'll be less likely to choke on a flat lolly.

For some reason, small children seem to be compelled to put these in their mouths. Keep them out of the hands of under-eights and look out for them in Christmas crackers.

Children can easily inhale latex balloons while trying to inflate them or choke on their broken pieces. Latex is a smooth material that can conform to the child’s throat, blocking the airway - even performing the Heimlich Maneuver can be useless because the air that does get through can make the blockage worse. 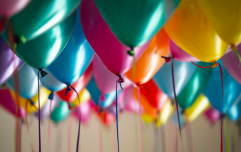 END_OF_DOCUMENT_TOKEN_TO_BE_REPLACED

Nuts are easily aspirated and begins to release oils the minute they become stuck in an airway.  It's easy, during a late night peanut snack, for an errant nut to disappear into the carpet or down the side of the couch for a baby to find later.

Light enough to be inhaled and with sharp and irregular edges, popcorn can be dangerous if not chewed properly. Save this healthy snack for older children.

Crudités are a healthy snack choice for older kids, however chunks of raw carrot, particularly, are too hard for small children to chew properly.

A little bit of this seems innocuous, but add it to soft white bread and a sticky mouthful could easily be swallowed whole and become trapped in a toddler's airway.

My child is choking: what can I do? 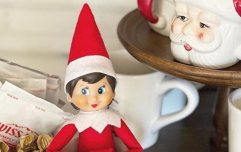 END_OF_DOCUMENT_TOKEN_TO_BE_REPLACED

According to the HSE:

Turn the infant face down with their head lower than their body.

Support their head, jaw and neck.

Give 5 back blows using the heel of your hand between the infant's shoulders.

Turn the infant onto its back while still supporting their head and neck.

Give 5 chest thrusts by placing two fingers over the lower half of the infant's breastbone, below an imaginary line between the nipples.

Keep doing 5 back blows and 5 chest thrusts until the object pops out and the infant begins to breathe again.

If the infant becomes unresponsive, call for help and send someone to dial 999 or 112.


popular
Robert Irwin celebrates 17th birthday with emotional tribute to dad Steve
Graham Norton launches new fizzy rosé just in time for festive season
Anna Daly launches her cosy chic lifestyle brand, Little Bliss
If you weren't able to get a PS5 here are 3 ways to soften the blow for your child
Lotto players urged to check tickets after someone won €10.7 million
Have you done Santa letters yet? Print one of these 5 cool letters now
Dundrum Town Centre launches outdoor Christmas theme ‘Welcome to New York’
You may also like
5 days ago
Dad comes up with clever trick for helping his teen get out of uncomfortable situations
6 days ago
Parents are testing their kids cuddling skills in a new viral TikTok challenge
1 week ago
Mum got told to 'tone down' elaborate lunchboxes she packed for her daughter
1 week ago
#mumlife: Here is how to savour your children more – while they are still little
1 week ago
Amy Huberman has a nifty little Elf on the Shelf trick we are SO planning on stealing
2 weeks ago
All of the toys from my childhood that I have now passed down to my kids
Next Page