10 Rules I broke when baby came along

Oh, how innocent I was during those nine months of pregnant bliss, convincing myself I’d never fall into the traps of so-called bad parenting. It’s only when my baby girl came along that I realised sometimes the only way to get things done is to throw ALL the rules out of the pram.

I remember sitting in an antenatal class nodding in agreement that letting your baby sleep in your bed was a big no-no, and that I’d NEVER do it. How wrong was I. My munchkin has firmly settled into the dip between mammy and daddy in the big bed and is showing no signs of fleeing the nest. It’s become our lifeline to getting a full night’s sleep, even if it means getting kicked in the face while she somersaults into a comfortable spot.

So, the inevitable has happened. Peppa Pig has become part of our family. In fact, Peppa is pretty much my hero these days. My little lady’s face lights up when she hears the theme tune. I’ve found myself watching Peppa and Co when herself is off playing elsewhere; it’s that gas. My husband and I sometimes even call each other Mammy Pig and Daddy Pig. I’ve said too much, haven’t I?

I didn’t have a phone until I was the ripe old age of 16 and it is one of my biggest pet hates to see people sitting around a table scrolling. But it’s very hard to hide a shiny phone from a 16-month-old magpie. She has already mastered the art of swiping. She’s called random contacts and left dodgy voicemails. She’s deleted precious photos and cracked two screens. But it keeps her quiet for five minutes and that, to me, is priceless.

It’s easy to keep a child away from chocolate when they don’t know it even exists. This works a treat for me in my own home. However, chocolate most definitely exists in the mother-in-law’s abode, and I am no match for her. 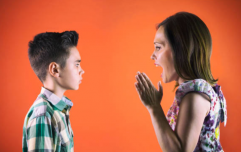 END_OF_DOCUMENT_TOKEN_TO_BE_REPLACED

I often watched other parents begging their kids to take just one little bite at mealtimes before getting a dollop of tepid mush thrown at them, and felt a bit confused how someone so small could have so much power. Now it's me getting the look of disapproval. Yes, I'll admit, I have chased my tiny tot around the garden with a bowl of spaghetti. At the end of the day, she gets fed, and in my world, that’s mission complete.

Try not to get sucked into the endless world of baby paraphernalia… I dare you. Despite the truckloads of presents I got following the birth of my little girl, I can safely say the majority of my earnings since she was born has been spent on her. I go shopping for a badly needed top for myself – and come out with a complete summer wardrobe for the little princess. I can’t help it. Why do baby clothes have to be so darn cute?

I’m no masterchef, but I can rustle up a tasty mix of potatoes, veg and meat and use a blender like a pro. But sometimes, just sometimes, a little sachet popped in the microwave is a saving grace.

It’s the ultimate get-out clause. I can’t do *insert any activity except sleeping here* because I’ve no one to mind the baby. These days the thought of a night on the tiles after a week of running around after my toddler is my idea of hell. So yes, I admit, I’ve pulled out every single excuse and tucked myself up before 9pm for some well-deserved sweet dreams.

Isn’t it funny how, when your friends have babies, all their Facebook statuses become about their babies… often multiple times a day. I vowed that wouldn’t happen to be. But sometimes, the cutie-pie does something too cute not to be shared with the world. Sorry baba, you’re already trending.

Ok, so this one only technically got put on the blacklist post birth, but for a LONG time after that eventful day in a maternity ward in February 2014, I said I would NEVER be doing that again, and got my head around my little baba being an only, extremely spoiled child. But as the vivid memories of childbirth have faded, I think it could be time for number two.

Kate White is a writer, editor and mammy to toddler Abbey. She lives in north county Dublin with her farmer husband, but you'll never catch her in a pair of wellies. Tea is her best friend.


popular
Eamon Ryan's mother dies suddenly in tragic accident
Olivia Wilde accuses ex Jason Sudeikis of 'threatening' her
Jump in number of children suffering from rare strain of hepatitis in Ireland
Olivia Newton-John's daughter shares heartbreaking video filmed before her mum's death
Man (30s) dies after getting into difficulty in River Barrow in Co. Carlow
Archie Battersbee's mother issues warning about TikTok challenges
Who is Andrew Tate and why are parents so worried about him?
You may also like
3 years ago
Mum enforces strict rules on teens leaving food in their rooms
3 years ago
Meghan Markle has apparently made changes to Harry's diet while she's pregnant
4 weeks ago
'Boys don't cry' as a phrase is so harmful – here's why I am raising a crier
4 weeks ago
Breastfeeding mother told to cover up or leave public swimming pool
4 weeks ago
I'm pregnant and my mom and boyfriend just told me they are in love
1 month ago
Changing our bedtime routine made our evenings so much easier – and here's why
Next Page