10 things you learn about yourself one you have a toddler

Parenthood teaches us about ourselves, though some of the insights may not be considered profound exactly.

Once you become the proud owner of a toddler things take a turn for the way less profound pretty rapidly as the best thing you can do for your child, it transpires, is make funny fart noises.

Learning just how okay you will become with another person's bodily secretions is hardly the stuff of deep philosophical and emotional insight. Still, it makes for an undeniably interesting ride.

10 things you learn about yourself one you have a toddler:

1. You are not the chill, laid-back person you thought you were

Seriously, we all think we are totally reasonable people, capable of keeping our emotions in check until a Toddler barrels into our lives and starts to systematically break our gentle spirits.

2. Your Ick-Tolerance is Off the Charts

By the time you've weathered the baby years, none of the toddler grossness will phase you. I have a theory that the black tar shit (meconium) that they do on day one is an evolutionary device to ensure that parents can deal with all the disgusting stuff we will be fielding for the next 2-10 years. 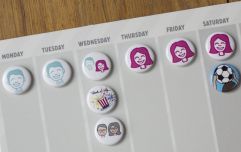 END_OF_DOCUMENT_TOKEN_TO_BE_REPLACED

4. You do a really REALLY good animal impressions

Seriously, my dolphin impression is BOSS at this stage. It's really scarily realistic.

5. Your mum-voice is so ridiculous it's verging on pantomime-like

The first time you hear your own mum-voice is a pretty jarring experience. We all think that we're not going to be some crazy, ranting mammy, but then you get a toddler, and all bets are OFF.

6. You actually have ZERO standards

My son eats a helluva lotta crisps and I'm okay with that because I am just too tired to care.

7. One day spilled milk might actually make you cry

What can I say, toddlers just wear you down.

8. You didn't even know what multitasking was until you had a toddler

Once you have shaved your legs in the bath, while discussing the colours to paint the new baby's room while a toddler sits on your face – Congrats, NOW you know what multi-tasking is.

9. You come to realise that silence is not golden; it is SINISTER

Seriously, if you're reading this in the company of a toddler and you're just noticing that you haven't heard any crashing or shouting in a while.... RUN.

10. Nothing, NOTHING will get you in the feels like voluntary affection from a toddler

You can steal all the cuddles and kisses you want but when they, totally unprompted, bury their little heads in your neck and wrap their teeny arms around your body the world stops.


popular
13 super sweet baby names many parents haven't discovered yet
Lockdown babies: Parents are opting for some very unique pandemic baby names
14 gorgeous baby names inspired by locations all over the world
The top baby names (so far) of 2020 are in – and we have spotted a trend
This jam drop cookie recipe will keep the whole family entertained (until they start asking for more)
"What a force you were": Tributes paid to Glee actor Naya Rivera
The 30 baby names that are going to be super popular in 10 years time
You may also like
1 day ago
The Beckhams have just had a BIG couple of weeks – and they are still so, so in love
2 days ago
Kourtney Kardashian admits bed-sharing is her secret to getting enough sleep
3 days ago
'Soak it all in' – the words about parenting that will make you embrace even the hard days
3 days ago
Here's the simple question that can diffuse a toddler tantrum in 10 seconds flat
4 days ago
Are we concentrating too much on being friends with our children?
4 days ago
5 handy tricks that might help your child stop wetting the bed
Next Page