3 women on living with their mothers-in-law

What happens when the credit-crunched decamp to their in-laws? Nikki Walsh talks to a new generation of women playing a different kind of house.

Living with my mother-in-law wasn't exactly what I had in mind when baby number two came along, but like most young Irish people up-and-down the country in our age bracket, we were shafted by the property collapse. A series of unfortunate events saw us living in with my mother-in-law for six months and moving out over two years later. People commiserated with me when I told them, and I nodded at times, even eye-rolled, but in all honesty, that wore off as our little family settled in. All-in-all, it wasn't so bad. I mean, how lucky were we to be able to live rent-free and save to start again on the property ladder? Luckier than most, I know. Living in another woman's space isn't exactly a walk in the park, but having an extra set of hands to help with the kids was a Godsend at times, especially when I went back to work full-time. We created a little nest in our bedroom, where I retreated to most nights, and gradually we slotted into each other's lives. I'm lucky my mother-in-law is a super-lovely person. The main crux that always reared its ugly head was the dynamic between the children and their granny. Granny versus mean ol' Mummy. You get the picture. Two chiefs and a couple of scamps who knew they could always get away with murder with their grandchild charms meant disciplining was tough. It was confusing for the kids and frustrated me no end at times. Despite all that, it taught me, or rather forced me at times, to be gentler with my children, like she was. She has that patience only grannies are privy to – she was warm, loving and always had time for them. Quite the opposite of their Mum, who was in constant state of survival mode, utterly unslept, and fraught with nervous exhaustion. Looking back, I'm grateful for her for giving them what they needed during those times that were not my proudest parenting hours.

Looking back, it was tough, a time of uncertainty, saving pennies, and not knowing if we would be able to get a home for our family, but life is tough. Having kids is all about sacrifice and making sure you raise them to be the best people they can be, and I know that two years with a loving, patient presence has done nothing but good to their character. And you can't argue too much with that.

I lived with my in-laws for almost a year while our house was being renovated. I wasn’t nervous about how it would go – I’ve known them for years – but it was harder than I thought it was going to be because my mother-in-law wasn’t afraid to tell me how I should raise my children. For example, she used to tell me her children never had tantrums which I knew wasn’t true. I just nodded and agreed but did it my way in the end. I didn’t see the point in getting confrontational; I was living in her house. When it’s someone else’s space you have to be respectful of it. I survived, really, by listening to my instincts. If she seemed tired or a little fractious, I would get up and get the kids out of the house. And I never got into personal stuff with her. If I was annoyed at my husband, I never let on. I just kept it light. You have to. And I told myself every day: big picture. The children were having a ball and in a short space of time I would be in a house of my own. There were no losers. 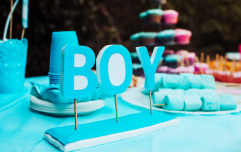 END_OF_DOCUMENT_TOKEN_TO_BE_REPLACED

I lived with my in-laws for over a year. I was dreading it – my mother-in-law is a difficult character – very intelligent, impatient, a bit of a bully. She’s also very particular about her house, and her big stick is “modern parenting.” I had managed to get on reasonably well with her before the move, but now I was worried it would all derail. I told myself I could cope if I wasn’t there too much. I went on trips at mid-term, took the boys to the park at weekends in the mornings and the afternoons and organised endless play dates. It was all utterly exhausting – I did not relax for a year – but the children loved it. And it was good for my parenting – because I felt constantly watched, I upped my game – doing what I said I was going to do, setting the limits early (all the things I knew I should be doing but let slip when I was feeling fragile or tired). It worked: the children became so much more co-operative – and so quickly – which made my life a lot easier.

The big surprise was my husband – he regressed a lot while we lived there. He started watching TV, and before too long he was practically living in front of it. He put on a lot of weight and became lazy and disorganised. The mad thing was I could see how much his behaviour irritated my mother-in-law, and that took the pressure off me a bit. I think she realised how much I actually did. And over time, I found myself not so much warming to her, but feeling a little protective of her – if she looked tired or frazzled, I would whisk the kids off or offer to make her a cup of tea. And I began to look at things from her perspective – it was really generous of her to let us share her home, and it wasn’t easy for her to do it either. And now we are in our own house I feel nothing but gratitude and I can’t help thinking the experience helped me grow up a bit or at least to see things more from other people’s point of view. And it cemented the boys’ relationship with her, which was great. I think they were a little scared of her before, but now they are much more comfortable.

popular
CMO confirms death of child in Ireland from invasive Strep A
Rod Stewart's 11 year old son rushed to hospital after collapsing at football match
Father took daughter to hospital three times before she died of Strep A
Vogue Williams will be on this week's Late Late Show
"Losing a baby is the ultimate loss, but to watch on over a video call is soul destroying"
10 easy Elf on the Shelf ideas for when you just want to go to bed
Elf on the Shelf is actually pretty bad for your kids, according to an expert
You may also like
6 months ago
Parenting confession: "My in-laws are gatecrashing our family holiday"
7 months ago
My controlling mother-in-law wants us to run our baby names by her
9 months ago
My mother-in-law has banned me from using a baby name I love- is she wrong?
11 months ago
My sister-in-law wants us to pay for Christmas dinner at her house
11 months ago
Dad forces daughter to see "authoritarian" grandparents she hates behind wife's back
11 months ago
I've banned my mother-in-law from seeing my baby unsupervised in case she pierces her ears
Next Page