5 tips for protecting your home against thieves

With all those presents sitting underneath the tree and all that time spent out of the house, the festive period is a prime time for break-ins.

Thieves are opportunistic, particularly at this time of the year which is why we decided to bring you some tips on how to make your home a bit safer.

Some are taken from the Garda website while others are what we do ourselves.

Lock all doors and windows

It might sound like common sense but it’s important to get into a routine of checking everything is locked up, even when you’re in the house. You might think that your presence is a deterrent but we’ve heard plenty of stories about people being confronted by burglars so take extra precautions.

Even if you’re only heading out for five minutes, you should set the house alarm. Five minutes is all they need to take your most prized belongings. Again, put it on whenever you’re leaving the house and when everyone has gone to bed.

Be creative with hiding places 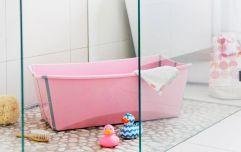 END_OF_DOCUMENT_TOKEN_TO_BE_REPLACED

Keep valuables out of sight and it might be a good idea not to put the presents under the tree until Christmas Eve. Don’t go for the popular places, such as under the bed or in a wardrobe, for concealing your belongings. The key is to make it as difficult for thieves as possible.

Forget those “I’m out” notes

As online shopping grows in popularity, so do the notes on the door telling the delivery people that you’re currently not in. Sure this solves the problem of having to collect the parcel at the post office but it could attract unwanted attention from thieves who now know there is an empty house.

A number of surveys have revealed that lights are the best deterrent against break-ins but it’s not a case of leaving lights on (this will highlight the fact that nobody is home), it’s using light timers so they go on and off thus giving the impression someone is in. These can also be used for radios.


popular
Suffering with hayfever? The very simple vaseline hack you need to know about
Staycation: 10 sunny buys for your ultimate summer capsule wardrobe
Simple parenting trick to help heat up paddling pool water with just bin-liners
#MomLife: 7 things I wish I done more of when my children were babies
Stacey Solomon has the most brilliant hack for avoiding messy mealtimes
3 super effective ways to get your child's attention (that doesn't involve shouting)
These 5 Foods Could Increase Your Chances of Having Twins
You may also like
3 days ago
This amazing hanging egg chair is coming into Aldi next week and go, go go (but safely)!
6 days ago
Bunking together: 10 gorgeous bunk-bed ideas if your kids are sharing a room
1 week ago
Redecorating? This soothing shade was voted colour of the year for 2020
1 week ago
12 cult buys from Ikea that look far more expensive than they really are
1 week ago
10 AMAZING garden play-houses to inspire your back garden holiday fun
2 weeks ago
Weekend project: 3 easy IKEA hacks you (and your home) will love
Next Page