I banned mindless YouTube watching in our house – and here's why

I noticed it a while back, how my little boy suddenly just seemed louder.

Instead of talking, he was shouting – not when he was angry, just in general, his voice just seemed to have gone up several decibels.

At first, I actually started wondering if it was his hearing, that he talked louder because he simply didn't hear himself. This happened with my little girl when she was a toddler, and it turned out she needed drains in her ears.

However, it wasn't his hearing.

Then one day I was cooking dinner when he asked could he watch YouTube for a little bit – some Minecraft gamer. I said yes, no problem – it made it easier for me to get the cooking done and the deal in our house is that once the homework is done, they have two episodes each they can watch, whether it is something on Netflix or Disney+ or, as was the case today, YouTube.

However, a few minutes in I started to notice how loud the YouTuber in his video was. He was literally full-on shouting as he was explaining what he was doing in his game – and I started to notice I was actually feeling more and more stressed as I listened in.

Later that night I flicked through some of the other videos they watch frequently – and it struck me – they are all loud. Really, really loud.

The next day, I put a YouTube ban in place – just for two weeks, to see.

And the difference, I kid you not, was huge.

Suddenly, after a few days, my 8-year-old seemed to get his normal voice level back – and the shouting stopped.

And for the time being, I have no plans of allowing YouTube again – certainly not those gamers and their crazy shouting. 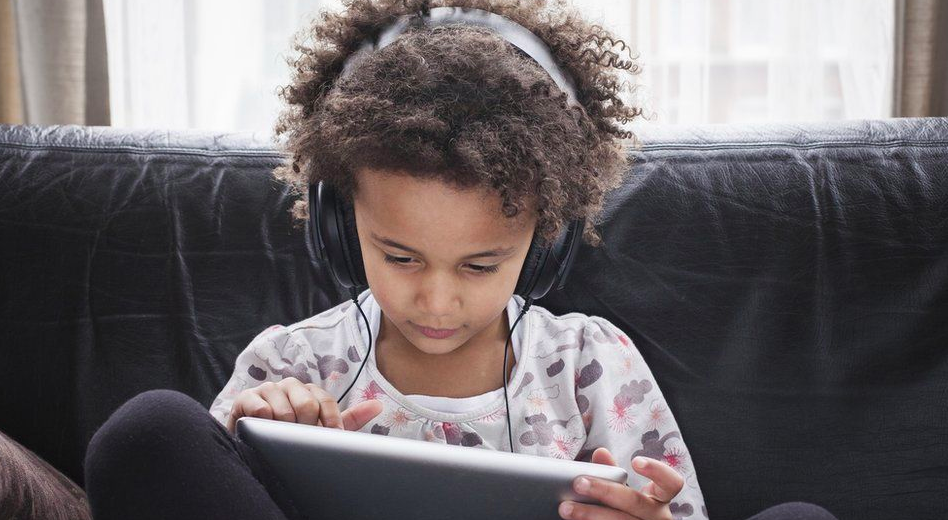 Turns out, I am not the only one who has a problem with YouTube and how it affects my child.

According to medical experts, this content has an adverse effect on the developing brain.

“Children who repeatedly experience stressful and/or fearful emotions may underdevelop parts of their brain’s prefrontal cortex and frontal lobe, the parts of the brain responsible for executive functions, like making conscious choices and planning ahead, said Donna Volpitta, founder of The Center for Resilient Leadership, to CNBC.

"What’s worse, some of this content is filtering down into YouTube Kids, an app launched by Google in 2015 that has 11 million viewers and is supposed to contain only child-friendly content. These offending videos are only a fraction of YouTube’s kid-friendly universe, yet they are another example of the potential for abuse on digital platforms that rely on algorithms to police content — and the latest in a string of reports that reveal the dark side of technology on young minds."

Now mental health experts warn that YouTube is a growing source of anxiety and inappropriate sexual behaviour among kids under the age of 13, and parents and educators need to get involved.

Watching “fear-inducing videos cause the brain to receive a small amount of dopamine,” said Volpitta.

"Dopamine is produced in the body to promote reinforcement — it acts as a reward and creates a desire to do something over and over."

“YouTube is an ongoing conversation in my therapy practice, which indicates there’s a problem,” she told CNBC.

Over the last five years, she said she has seen a rise in cases of children suffering from anxiety triggered by videos they have watched on YouTube. These children exhibit loss of appetite, sleeplessness, crying fits and fear. Even more disturbing than the videos that cause stressful emotions are the ones containing sexually explicit content that targets children.

“There have been times when a child is brought to my office between [the ages of] eight and 10 and they’re found doing sexual things: oral sex, kissing and getting naked and acting out sexual poses. This usually indicates some sort of sexual abuse. In the past, whenever I did some investigating, I would find a child who has been molested himself or that an adult has been grooming the child for abuse. However, in the last five years, when I follow the trail all the way back, it’s YouTube and that’s where it ends."

popular
Liam Neeson says he talks to late wife at her grave every day
New parents are being "thrown out" of hospital far too early
Five children rescued from van in Cork as driver is arrested
6 unusual and unique family-friendly activities to try in Ireland's Hidden Heartlands this autumn
Expert says Cocomelon acts "as a drug" to kids' brains
Level 5: 10 really cool colouring pages to print and colour in from Pinterest
Research says working mums of two are twice as stressed as working women with no kids
You may also like
1 day ago
Should older kids have to babysit younger siblings? One mum weighs in
3 days ago
Dads are more attentive to baby girls – and there is a reason for it
1 week ago
TV presenter praises royal children – and claims most parents today are raising 'spoiled brats'
1 week ago
By age 8, children should pack their own lunches – and here is why it matters
1 week ago
Positive parenting: 5 signs you are doing a great job as a parent
2 weeks ago
Some things definitely 'not' to do if you've been up all night with the baby
Next Page