I love my little boy.

He changed all my notions of just being a girl-mama and has made my heart double in size. He is wild and loud and energetic and amazing and he loves me more than I ever imagined one could be loved.

Watching him grow, raising him, it is an amazing adventure. Challenging, tough (at times) and also so much fun. I am also raising a girl, and while there are similarities, of course, I am also constantly learning how different raising them can be, and how I have some many different things I want them to know and learn.

In today's world, where we still have such a long way to go to reach a place where men and women are treated as equal on ever level, raising my own boy right seems all the more important. I want him to shine, to set the world on fire, to reach his potential, to be happy – but also – I want him to treat every women he ever meets like he treats me and his sister, with care and love and tact and, most importantly, maybe, with respect.

I came across this post on Facebook recently, and it so beautifully sums it up, this job we are all doing:

Here is the text in full: 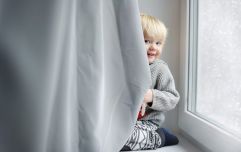 END_OF_DOCUMENT_TOKEN_TO_BE_REPLACED

Raising a good man is not hard

When he's a baby, you snuggle him every moment. You pull him into your body and revel in the softness of his skin and sing to him, you are my sunshine. You call him “Sweetheart.”

You look him in the eyes every single day and tell him that he is loved more than any child has ever been loved.

When he’s a toddler and is attracted to everything sparkly and pretty, because why not, you paint his nails in rainbow stripes and tell him how beautiful he is when he twirls in a pink tutu.

If he only wants to play with dolls, you are SO HAPPY about this because you know that he will be a wonderful father some day.

If he’s obsessed with trains, well this will make you happy too because trains are great.

When he's five, you’ll be tickling him and he’ll be laughing and having fun and then he yells stop! You stop.

When he's seven, he might come home and tell you that another kid in school made fun of him for crying on the playground. He'll tell you that the kid said, “only girls cry.”

Well, humans cry. You’re a human, you’ll say. A human being. Not just a boy. When you’re sad, you have to get it out of you or it builds and builds and then you say mean things on the playground.

One day when he's nine and roughhousing with his sister, she tells him to stop and he doesn’t stop. You pull him aside and think, "this is one of the most important conversations that I will ever have with him."

One morning you’ll see him checking himself out in the mirror, pushing his long hair out of his eyes and placing his hat just so. He feels so good in his skin and your heart swells with an emotion you didn’t even know you possessed.

By the time he's a teenager, hopefully he’ll know that he has softness inside of him that is beautiful and tender.

He’ll know that whatever he is drawn to or interested in from bows and arrows to painting his fingernails, he can pursue and be supported.

He’ll know that the word stop is sacred.

He’ll know that he’s a human being and human beings cry or else the emotions get stuck inside and fester into something ugly.

He’ll know that girls are human beings too and that he has the hugest responsibility to respect them. To care for them. To apologise if he’s hurt them. To treat them as equals.

He’ll know to celebrate how different he is.

He’ll know that he is the most loved child of all the loved children.

He’ll know that being a man is many things and not one of them is cruel or self-serving or superior to anyone else.

It’s not that hard.


popular
Lieben kleinen, twenty sweet German inspired baby names for boys and girls
Two schools in Scotland have been forced to close due to COVID-19 outbreaks
Irish school buses are set to operate at full capacity with no distancing rules
Chrissy Teigen shows off baby bump for the first time and she is glowing
These 5 Foods Could Increase Your Chances of Having Twins
Can you pronouce these 7 'unique' baby names? They're trickier than you think
Caroline Foran welcomes baby boy 10 days ahead of schedule
You may also like
4 days ago
Positive parenting: 7 things to always think about when disciplining your child
5 days ago
It's almost time: 10 back-to-school-once-more tips every parent needs
5 days ago
The tooth fairy letter many parents are feeling a little divided about
6 days ago
Pinterest reports spike in some very specific searches ahead of back-to-school season
1 week ago
10 slightly painful reasons there is no such thing as a sick day when you're a mum
1 week ago
Positive parenting: I have an open door policy at my house and here is why
Next Page