A brand new grief: Becoming a mother when you've lost your own

I don't like admitting it, for reasons I'll explain, but it's hard.

I underestimated how difficult writing this piece would be. I've often said, when it comes to my mother, I have the ability to speak about it without really 'going there'. There's a big difference between referencing her in passing so that she's not forgotten and going any deeper to the scary layers, where grief lives.

I'm very like Jackie, you see. One of 13 kids, she came from the 'get out and work' generation and, as a result, it's safe to say we weren't exactly mollycoddled by her either. Her responses to complaints from me or my brother were usually, 'you're grand', 'take two Paracetamol and go to bed', or 'just get on with it'. I may not have liked it at the time, but it's made me wildly independent and resilient and for that, I thank her.

As such, for better or worse, I deal with Jackie's loss the way I deal with most things; I just get on with it. 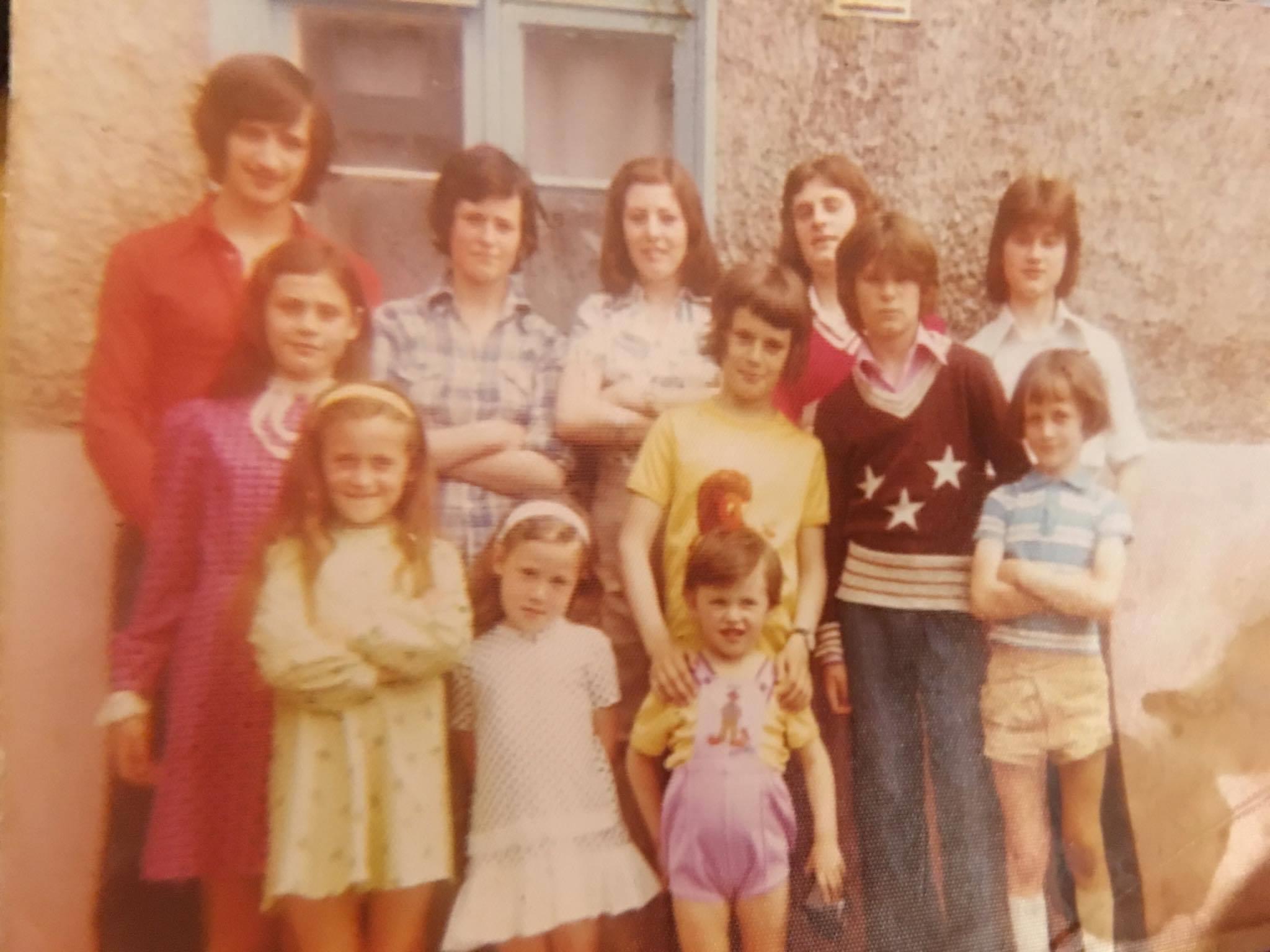 (Most of) The Scanlan kids - Jackie is back row centre

The cracks show, however, when I think about the fact that she'll never meet my son. It's a loss I feel profoundly. I'm certain it's because it's not just mine — it's both hers and his also.

Like a lot of people my age, I saw a whole new side to my mother when my brother had children of his own. My strict, practical parent who didn't hold back on the honesty bombs, suddenly became this cuddly puddle of love. And it was a joy to see. The whole family dynamic changed when those boys came along in fact and they continue to be the light of our lives. They gave my mother the chance to be the affectionate, fun figure she couldn't always be while singlehandedly raising two kids on a shoestring in the 80s. 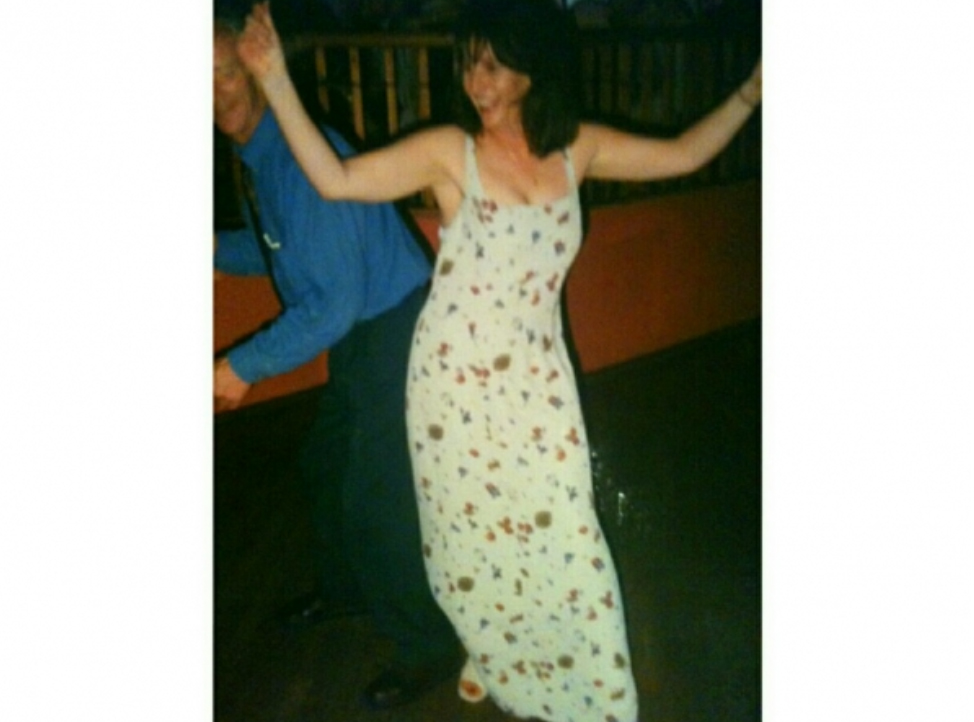 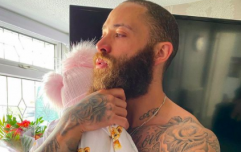 END_OF_DOCUMENT_TOKEN_TO_BE_REPLACED

It's hard because I know how utterly in love with my son she would have been, and indeed my newest nephew who came along four months after Ziggy. She'd have thought his name was a bit 'out there' at first, and she probably would have told me so. I like to think it would have grown on her though. I'm sitting here typing this at my kitchen window and I can imagine her arriving excitedly at my front door with my stepdad, with a bag full of whatever she'd picked up for him in town. These visits would have happened way more frequently than visits to boring old me, but I wouldn't have blamed her. He is way more fun. She would have reveled in park trips, little holidays and days out with my little man just like she did with my nephews. I've never seen her happier than in those times.

It's hard because it makes me miss her more. Speaking about becoming a 'motherless mother', Sara Gaynes Levy once wrote in The Guardian that "the transition to motherhood might take on different meaning altogether. Some women find they have a new appreciation for the complexities of what their own mothers endured; they may begin to feel more strongly bonded to them even in their absence." That's not to say I haven't always admired my mother for the selfless grafting she did for us — I have. Or that I didn't realise that, as well as being my hardass mam, she was also funny, smart and incredibly generous. I knew all of this. I didn't have any concept of the gargantuan love she felt for us though. I do now. I feel like I'm only finding out about our relationship, through these new mother's eyes. And it's too late to build on that. That's hard.

It's hard because I don't get to ask her all my questions about babies and mam things. I famously hate advice — that's that independent streak again — but I know I'd get a straight, no bullshit answer from Jackie. And I know she would never try to take over, or even tell me what to do. She'd tell me I was grand.

And she'd see I was just getting on with it. It's hard that she never got to see that. To see me, as a mother. I think she would have been proud of me, not that she ever would have said.


popular
Opinion: Taking Communion out of school system will sort the believers from the non-believers
Mum sparks debate after banning her son's bully from birthday party- was she wrong?
Mum issues warning to parents after son's bruises led to cancer diagnosis
The Bodyguard set to return for a second season
Dear Americans: Not only do we have Halloween in Ireland, we invented it
Seriously?! This new mum's husband guilt-tripped her for asking for help
Opinion: All schools should have generic school uniforms
You may also like
3 weeks ago
BBC's Ben Fogle opens up about the loss of his son, 7 years on
1 month ago
New online tool blocks baby adverts from grieving parents
3 months ago
Taoiseach Micheál Martin opens up about "trauma" of losing two children
11 months ago
Don't say 'you'll have another baby': Today marks Pregnancy and Infant Loss Remembrance Day
1 year ago
James Blunt breaks down in powerful music video alongside his dying father
2 years ago
We put a Fairy Door in our back garden and it was for this very special reason
Next Page