There is no denying that having a baby pretty much changes everything.

Life as you know it is about to get completely turned on its head. For the better, we'd argue – certainly for the most part.

And while we all know that being pregnant and giving birth can change a woman's physical body, did you know massive changes are also happening on the inside – especially to your brain.

For instance, while we joke about "baby brain" – referring to the forgetfulness and fogging thinking during the last trimester of pregnancy or soon after giving birth that so many of us experience, did you know that it is actually proven that a woman's brain shrinks between four and eight percent during pregnancy?

Yup, that's right. No wonder you are feeling like you are losing your mind – because you actually are (at least a teeny, tiny bit of it).

This, Liisa Galea, a neuroscientist at the University of British Columbia, in Canada, explains, all makes sense when you think about it. "Evolutionary speaking, it doesn't make sense that a women needs terrific navigational skills around the time she's giving birth, because she needs to stay close to the nest," Galea explains. "Wild animal studies show that mothers that stay near the nest produce more surviving offspring."

However, the good news is that this loss is only temporarily, and researchers think it simply has to do with our brains rearranging to get ready for the arrival of a baby. In fact, other studies have shown that long term, motherhood can actually improve brain activity. 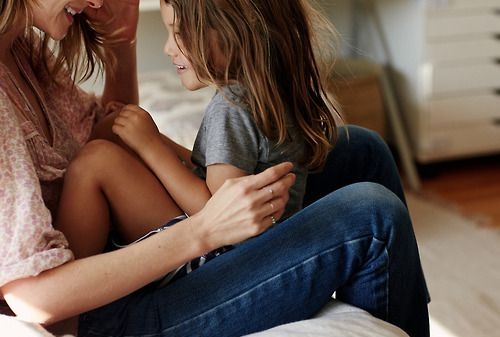 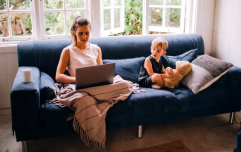 END_OF_DOCUMENT_TOKEN_TO_BE_REPLACED

In fact, our bodies are so amazing that in just six months after giving birth, a mother's brain has returned to normal size, Galea said. Oh, and get this: Studies in rodents suggest that mothers do better on tests of memory and multitasking than females that haven't given birth.

You know it's true – you'll find yourself wondering what on earth you did with all your time before having kids, and multitasking will become second nature to you.

Another study showed that the cognitive benefits  of motherhood lasts, and may indeed persist throughout a mother's life.


popular
Parent's Benefit Leave extended from today - here's what you need to know
Vicky Phelan shares message of support with Charlie Bird as she deals with pain
6 fun things to do in Dublin on your next family day out
"You're disgusting": Prince William roars at photographer who was 'stalking' his family
I tried 'slow parenting' for a year and I'm never going back
Teenager dies following road traffic collision in Kildare
Expert says Cocomelon acts "as a drug" to kids' brains
You may also like
1 week ago
There's a reason why babies love to sleep with their bum in the air and it's adorable
4 weeks ago
Children with these names are statistically more likely to be successful
1 month ago
The reason why mums wake up when babies cry and dads stay asleep is interesting
1 month ago
According to research, second-born children cause the most trouble
1 month ago
According to science, if men want more sex, they should do the dishes
2 months ago
Study shows that 40 per cent of children don't develop a bond with their parents
Next Page