Brad Pitt posed for three GQ Style covers, in his first photo shoot since his split from Angelina Jolie.

The 53-year-old actor looked a changed man on the covers of the mens fashion magazine and opened up about life since that shocking separation last year.

“I was boozing too much,” he told GQ Style.

“It’s just become a problem. And I’m really happy it’s been half a year now, which is bittersweet, but I’ve got my feelings in my fingertips again.”

Allegations then emerged that the rift was due to an alcohol-fueled incident that happened on a private jet between Brad and the couple’s eldest son, Maddox.

The dad-of-six says he now understands the meaning of “if you love someone, set them free” after the bitter split from his ex-wife.

“Now I know what it means, by feeling it.

“It means to love without ownership. It means expecting nothing in return. It doesn’t mean f**k all to me until, you know. Until you live it.” 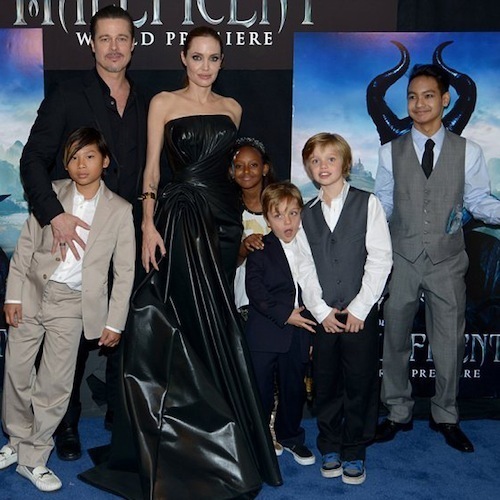 END_OF_DOCUMENT_TOKEN_TO_BE_REPLACED

Brad also went on to discuss his changed approach to life as a father to he and Angelina’s six children.

The actor says therapy has helped him learn to be attentive, and listen to them closer.

“When I get in that busy work mode, I’m not hearing. I want to be better at that. I gotta be more. I gotta be more, for them. I have to show them. And I haven’t been great at it.”

popular
"My heart sank": Tubridy hit with backlash over Toy Show remark
Parents told to stop buying selection boxes for kids- here's why
Third child dies from scarlet fever in UK- here are the symptoms to look out for
Molly Mae Hague disappointed after "huge fail" during baby scan
"Losing a baby is the ultimate loss, but to watch on over a video call is soul destroying"
Miriam O'Callaghan on the heartache of losing her sister at 33
Having an Elf on the Shelf can actually be bad for your kids
You may also like
1 month ago
I kicked my daughter's friend out of her birthday party- was I wrong?
1 month ago
I think it's safe to say we'll all be holding our children a little tighter tonight
1 month ago
How to potty train your toddler in three days, according to the experts
1 month ago
Kelly Clarkson admitted she spanks her children if they misbehave
1 month ago
Hilary Swank, 48, reveals she is pregnant with twins
2 months ago
How to talk to kids about disabilities – and why you should
Next Page