Breaking period taboos: My boys carry pads and tampons in their school bags

In our house, we have talked about periods and tampons and pads and what it all is and means ever since my children were tiny.

My little girl and little boy have seen tampons and pads in the bathroom, asked about them and gotten explanations from the get-go, and honestly, why would you not talk about these things with your children?

We talk to them about the bodies in every other way. How they have to eat healthy to grow big and strong, how they have to wear a helmet when they ride their bike to protect themselves, I really don't see how periods are any different.

Periods are a normal part of life, and honestly – how can still be a taboo subject – in 2022?

One mum recently took to Café Mom to write about how she is breaking down the taboo with her two teenage sons.

'Both boys carry a tampon and a pad in their backpacks'

"Most women and girls will tell you that merely talking about having your period in public is still pretty taboo," writes Tara Ahrens.

Ahrens reveals that it all started with a Facebook post, where she shared that her two sons are well versed in periods and that she has raised them to lend a hand – or some products – should the need arise.

“Both boys carry a tampon and a pad in their backpacks in case one of their friends needs one," she wrote.

"Just a mom out here, trying to erase gender taboo!!” 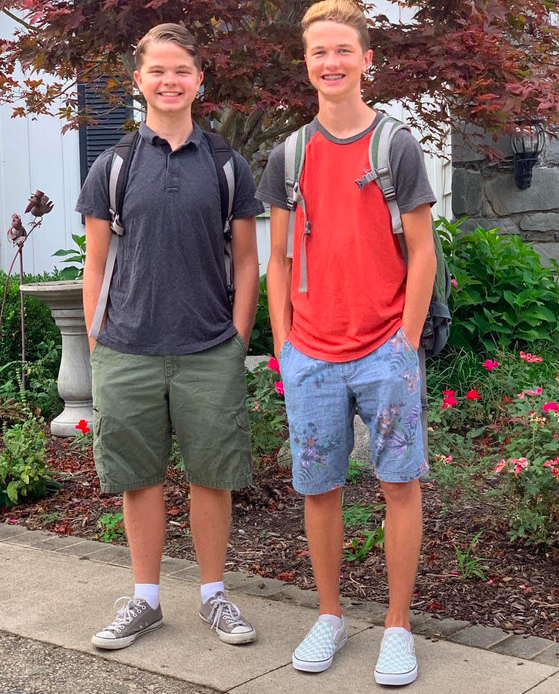 "One thing is clear: Menstruation is still a major gender taboo that we have not let go of -- but I’m doing my best to raise men who see past it. Bleed-throughs happen, I’ve explained to my boys. They are mortifying and can be traumatizing. Kindness and understanding from ANY friend goes a long way. Be that person.”

"In reality, our bodies are doing what they were physically made to do. So why should it be embarrassing?"

The mum-of-three (Ahrens also has a daughter) says she first started talking about this with her boys last year after reading an article about a man on the Appalachian Trail who gave a tampon from his backpack to a woman who had bled through.

"He reportedly said something like, “It’s no big deal; I grew up with a mom and sisters … ” and that rocked my world. As I was driving in my car one day, I looked at my boys in the rearview mirror and nonchalantly told them that they should probably put a tampon in their backpacks in case any of their friends had an emergency. They seemed to think it over and didn’t say much, because teenagers."

And it wasn't long before their emergency kit was put to good use. 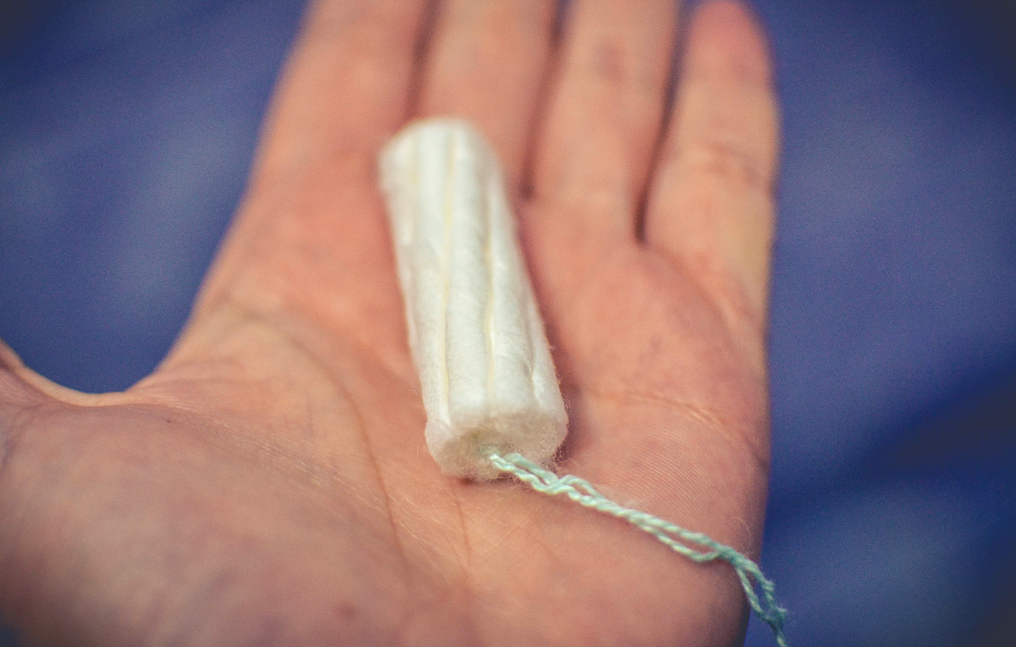 "At the end of the last school year, they saw firsthand what I’d been talking about when one of Elijah’s friends had a bleed-through. All of her friends had tampons, but this student is only allowed to use pads. Elijah speculated that it might be because of her religious beliefs, and after that day, took it upon himself to make sure that he and Micah had pads in their backpacks -- just in case."

"In case you have an emergency'

This year, Ahrens writes, her son Micah let all his close female friends know that he always keeps a sweatshirt in his locker and a tampon in his backpack.

“You know, in case you have an emergency,” he told them she said.

“My mom wanted you to be covered.”

Apparently, her son said that while the girls seemed a little embarrassed for a minute, they ultimately accepted it and thanked him for being so thoughtful.

"Elijah, on the other hand, told everyone -- all of his friends, both male and female," she wrote.

"He told me that although a few boys mocked him, most were like, “cool, dude.” He said his female friends were much more receptive, even telling him he should keep some products in his car as well."

As for why she is trying to erase period taboos and starting with her own two sons, Ahrens writes:

"As you normalize these things in your own family by regularly discussing them, they become normal to your kids, too. It’s my hope that kids of all genders, including transgender kids, know that my boys are a safe place to get period supplies, should they ever need them."

popular
Kelsey speaks out about moving on after Tom Parker's harrowing death
7 Christmas markets and Santa experiences to visit with kids this winter
"Enhanced x-ray technology" being trailled at Dublin Airport could lead to removal of 100ml liquid rule
"I know it's scary": Westlife's Mark Feehily diagnosed with pneumonia
Boy seriously injured after alleged dog attack in Wexford
"I have been shaken": Kim Kardashian addresses Balenciaga's disturbing campaign
These 40 baby names are set to trend in 2023
You may also like
1 month ago
Decoding toddlers: This is why your child can't just 'calm down' during a tantrum
2 months ago
This simple change could be key to getting your children to go to sleep faster
2 months ago
By age 8, children should pack their own lunches – and here is why it matters
2 months ago
Positive parenting: 5 signs you are doing a great job as a parent
2 months ago
I am a tween mum now – and here is what I have learned so far
2 months ago
Here is how we can all savour our children more – while they are still little
Next Page