"They are life's dessert" is how my father always describes his five grandchildren.

To him, to both my parents, becoming grandparents, five times over, was really just that.

It was the icing on the cake. The most amazing gift. The best thing about their life.

And the feeling is very much reciprocated by all their grandchildren.

And as it turns out – having grandparents who play a big part of in their lives is all sorts of good for children – in fact, we all know the saying about how it takes a village to raise a child – well, if that village includes your children's grandparents, they are extra lucky.

There are actual health benefits for kids who have grandparents actively in their lives, according to the report released from researchers at the University of Oxford.

And not just because of how handy it is for mums and dads to have babysitters nearby, but actually, kids with grandparents involved had less emotional and behavioral issues. 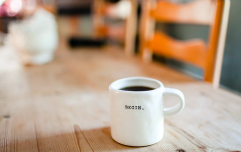 Back to school: The 15 minute trick that is about to change your hectic mornings

END_OF_DOCUMENT_TOKEN_TO_BE_REPLACED

The researchers found the same benefits whether it is a grandmother or a grandfather, although they did note that grannies are more likely to nurture the child, while the grandfathers tend to be involved in activities – like helping out by taking your little ones to soccer or GAA practise.

Maybe especially interesting is that these statistics are even stronger for kids who are being raised in divorced or single-parent households. Meaning, of course, it is nice for single mums and dads to know that getting extra help from the grandparents is doing the kids right in more ways than one.

Grandparents, as well helping out with things, also help pass on family memories and stories to children, and studies have shown that feeling connected to your history and to elder members of the family have positive effects on children's sense of belonging and also their mental wellbeing.

Love, emotional support and help are all things that children who grow up with a close relationship to their grandparents can benefit from, and really – did you need another excuse to give granny a call there?


popular
"She's already changed our world" Gigi Hadid and Zayn Malik welcome baby girl
Mars to change name of Uncle Ben’s rice to Ben’s Original
WATCH: Netflix is bringing out a documentary on the Watts family murder
Dear mums – here are the words we really need to share with every new mother we know
"I was petrified and wanted a hand to hold:" Irish women call for the ease of maternity restrictions
The Christmas movies TV channel is launching this week
Huge Mothercare World store opens in Galway next FRIDAY and there's up to 50 per cent off!
You may also like
53 minutes ago
Mum confession: 3 simple morning routines I swear by for a calmer, happier day
1 day ago
Spending three hours a day in front of a screen has 'detrimental effect' on children's mental health
3 days ago
The €12 'miracle' oil that can help make your hair grow SO much faster
4 days ago
Ask the expert: 5 things to know about Polycystic Ovary Syndrome (PCOS) and fertility
4 days ago
Autumn reset: 10 small lifestyle changes that'll actually make a huge difference to your health
1 week ago
Never ending to-do list? Here's the nifty little trick that will help you get s**t done
Next Page