I sometimes find myself trying to remember what texting was like pre emoji.

Like, we actually had to type out all the words, and there were no cute pictures to illustrate all the things we were really were saying or thinking or feeling. Like, how could you put into words the little monkey with his hands covering his face, for instance? It is an image that so perfectly sums up so many things.

Anyway, much as Apple have recently revealed a whole set of new emojis (including more women in professional roles and single parent families, as well as a choice when it comes to skin colour), I think many will agree with me that there are still lots of emojis missing – especially when it comes to covering the life of pregnant women and parents.

Poop explosions, leaking nipples, babies who won't sleep... the situations are endless, and the images to describe them have not been there.

US mums Sarah Robinson, Hannah Hudson and Natalie Ralston came up with the idea for a set of emojis for pregnant women and parents last year, after they had themselves lived through a few fairly unglamorous parenting moments. Fast forward a few months and EmojiMom has now launched – and iOS keyboard packed with emojis every pregnant mama and parents need in their lives. 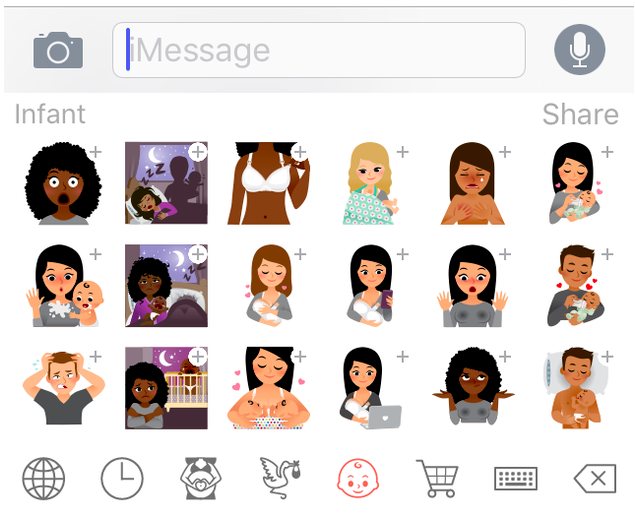 The keyboard features 250 parenting-themed emojis like an ultrasound image, mesh underwear, a potty-training baby and a mom pumping in a bathroom stall. And many, many more.

This is what Robinson told the Huffington Post about their idea:

“One day, I was getting ready for work ― one of my first days back after maternity leave ― and my baby peed all over my work outfit,” she recalled. “It was such a hilarious, frustrating, it-figures, okay-I-might-break-down-and-cry kind of moment. I texted Hannah and Natalie about it (as I did constantly in the early days of motherhood), and we all said, ‘Seriously, there ought to be an emoji for this feeling!’”

And as the friends and new mums continued living through the highs and lows of parenting, they kept having the same thought. “So, we decided to make the emoji we were missing,” Robinson said.

And so they did. 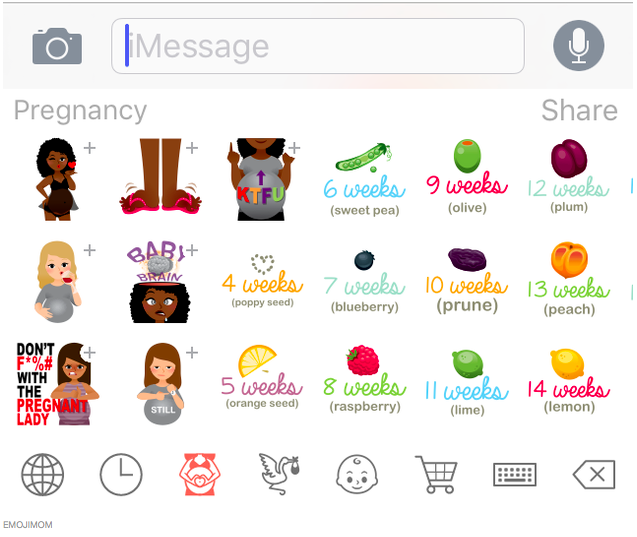 With the help pf an app developer and illustrator, EmojiMom was launched in on July 30th – one year after they first started thinking about their new venture. 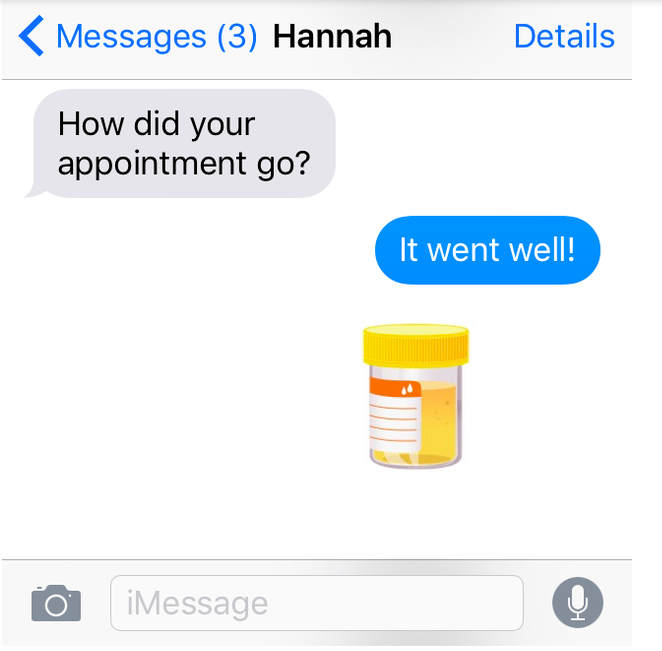 “There is so much about having a baby that can be really isolating, partly because much of the hard parts of motherhood (the mesh underwear phase comes to mind) is still taboo,” the entrepeneur explained.

“We want to help pregnant women and moms connect with one another about that stuff,” she continued. “After all, when you’re a new mom, texting is more than just fun ― it’s often your lifeline.”

And you'll find that these emojis really do help you say it all – nothing is glossed over.

“That is why we have mom-nursing-with-lovey-dovey-face and exhausted stressed-out mom with spit-up in her hair,” Robinson said. “We have beatific pregnant mom and pregnant mom with lightning crotch. We have mom after giving birth looking relaxed and happy with champagne, and we have the peri bottle and the mesh underwear. Because that’s what motherhood is ― it’s all those things.” 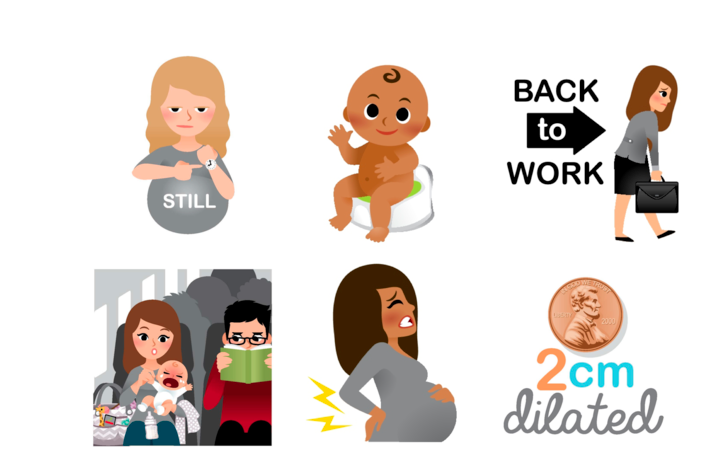