Kids who get up before it is actually morning? Or, worse, refuse to go to bed at night because it is "still bright out"?

Yeah, us too. Which is why we are going to be taking a leaf out of this crafty father's book.

Ben Brandt had high hopes for a more punctual life, so when he noticed his then three-year-old son often asking questions about his daily routine ("Is it snack time yet?" Or: "When do I have to go to bed?"), the father-of-one did what we now wish we had thought of ages ago: He made an illustrated clock for toddlers.

To help his little boy start to learn about telling time, Brandt dreamed up a spin on a clock that a toddler would understand. Instead of numbers, the clock would show pictures of everything his son did during his waking hours – breakfast, nap, dinner, and of course, bedtime.

So simple. So genius. 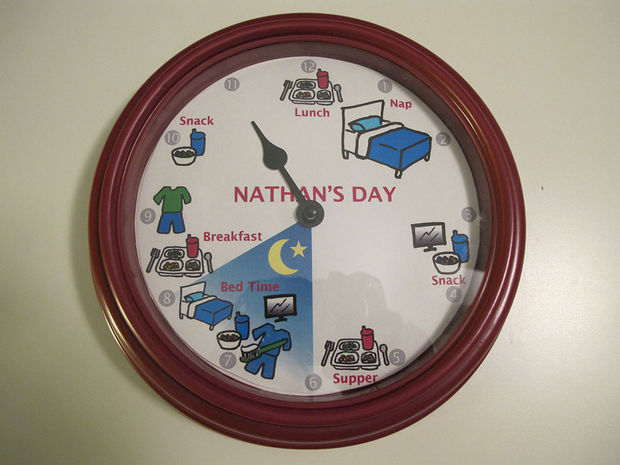 To make the clock, the DIY-loving dad just used a cheap clock with a print-out of the illustrations he had made, and kept only the hour hand. And as the hand made its full rotation during the day, his son would know what "time" it was. 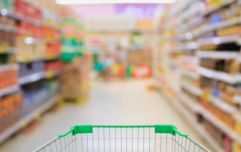 END_OF_DOCUMENT_TOKEN_TO_BE_REPLACED

"Whenever he wanted to know if it was time for this or that, we could consult the clock together and talk about what he had already done, what was coming up, and work on teaching and reinforcing concepts of time and schedule with him on a regular basis," wrote Brandt on Instructables.

"Overall he really enjoyed having a clock made just for him."

How smart is this? Do YOU struggle with kids and punctuality? Would a clock like this be a great idea in your house?


popular
10 beautiful baby girl names none of your friends will have thought of first
Positive parenting: My little boy would never listen to me – until I tried something new
Apparently there are 5 different types of grannies, and which one do your kids have?
16 elegant and unusual Norman inspired names that will take you back in time
Royally cute: 15 regal baby girl names perfect for your little princess
10 baby boy names forgotten in time – that we reckon deserve a second chance
11 old lady baby names that are completely perfect for your little dear
You may also like
44 minutes ago
Tributes paid to Dr Tony Holohan as he steps back from role to care for wife
2 days ago
Ryanair's Michael O'Leary insists passengers won't be 'on top of each other' as flights resume
3 days ago
Early Childhood Ireland welcomes smooth reopening of childcare sector
5 days ago
Quarantine Barbie is our spirit animal – and this might just be the best thing you'll see this week
1 week ago
Thunderstorm warning issued for entire country, temperatures set to rise to 28 degrees
1 week ago
Cervical screening programme to resume from July, says HSE
Next Page