Dyspraxia: Our expert on how parents can spot this 'hidden disorder'

You may not have heard about Dyspraxia, also known as DCD, but the fact is that six per cent of Irish school children live with this hidden disorder and many have not been diagnosed yet.

This means that on average there is one child in every classroom with Dyspraxia. The ramifications of this debilitating disorder affect every aspect of the child’s life, from socialising with peers to taking part in sports.

Once known as Clumsy Child Syndrome, Dyspraxia is characterised by poor balance and coordination, difficulty paying attention and concentrating, and problems with fine motor movements, such as hand-writing or opening/closing buttons. These children are constantly bumping into things and tripping over themselves, often seem to be in another world and usually take longer than other children to learn to tie their shoelaces and brush their teeth.

Although the cause of this disorder is unknown, it is considered a neurodevelopmental condition, meaning that the issues associated with Dyspraxia are consequences of a problem with the maturation of the nervous system during development. Although seemingly harmless enough, these difficulties consistently lead to higher levels of bullying, social isolation, anxiety and depression.

School can be a particularly difficult space for children with undiagnosed motor disorders as their delays are more obvious and pronounced compared to their typically developing peers. Another worrying area for these children is physical activity, with parents often reporting that their child has no interest in any form of sport or exercise due to their physical deficits but also because of low self-esteem, low self-efficacy (belief in one’s ability to perform a task) and high levels of anxiety.

Worryingly, these children are consistently 15 per cent heavier, have higher BMIs and are more likely to be overweight or obese than children their own age without the condition. This leaves children with Dyspraxia in the high-risk group for cardiovascular disease later down the line. Without appropriate intervention, these issues do continue into adulthood so it is vital that parents detect differences early on and have their child assessed by an Occupational Therapist or Educational Psychologist.

Although there is no cure for Dyspraxia, the good news is that with an early diagnosis, all of the issues associated with this condition can be managed. Your first port of call should be your GP who will make a referral to a health professional for an assessment and then the Dyspraxia Association of Ireland, who are passionately helping families all around the country with their individual issues. They support parents, arrange activities for children with Dyspraxia, host guest speakers from around the world and facilitate over twenty support groups. 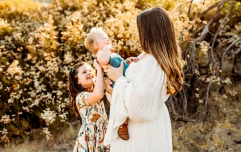 END_OF_DOCUMENT_TOKEN_TO_BE_REPLACED

It is vital that we keep raising awareness about Dyspraxia so have a chat about it with anyone whose family you think might be affected.

As a psychologist at Sugru Child Development and Contextual Play Therapy Services, Lorraine Lynch engages with families from all over Ireland, dealing with issues from prenatal woes to teen coping strategies. She employs the most up-to-date research to help parents promote holistic well-being in their home.


popular
Concerns about increase in babies being born with drug-withdrawal symptoms
9 of the best outdoor family experiences in Ireland's Ancient East
Death toll in Texas primary school shooting rises: 19 children and 2 teachers shot dead
Irish mum claims her children were almost abducted on holiday in Turkey
Foster mum who killed baby boy jailed for 18 years
Kate Moss responds to claims Johnny Depp pushed her down stairs
Boy (14) found guilty of murdering 12-year-old schoolgirl Ava White
You may also like
1 day ago
Am I a bad dad for encouraging my daughter to be a housewife?
1 day ago
This mum-to-be is worried she won't love her baby because she's not a kid-person
2 days ago
"My 16-year-old daughter asked me to buy her a vibrator. What should I do?"
4 days ago
Apparently, dads spend 7 hours a year in the bathroom – hiding from their families
6 days ago
Ryanair passenger refuses to swap seats with mum and baby- was she wrong?
6 days ago
Less buying, more being: 11 small ways to really connect with your child
Next Page