Kids begging for their very own Elf on the Shelf, but you're feeling like this creature will just add a whole other level of stress to your already hectic December?

We hear you – remembering to move those little fe**ers, let alone come up with creative things for them to be getting up to at night, can just push an already tired mama right over the edge.

However, now there is a whole other solution out there for parents who actually relish a full night sleep and the last shreds of their sanity.

Say hello to Santa's Lazy Gnome – he is literally peak lazy and we could not love him more. 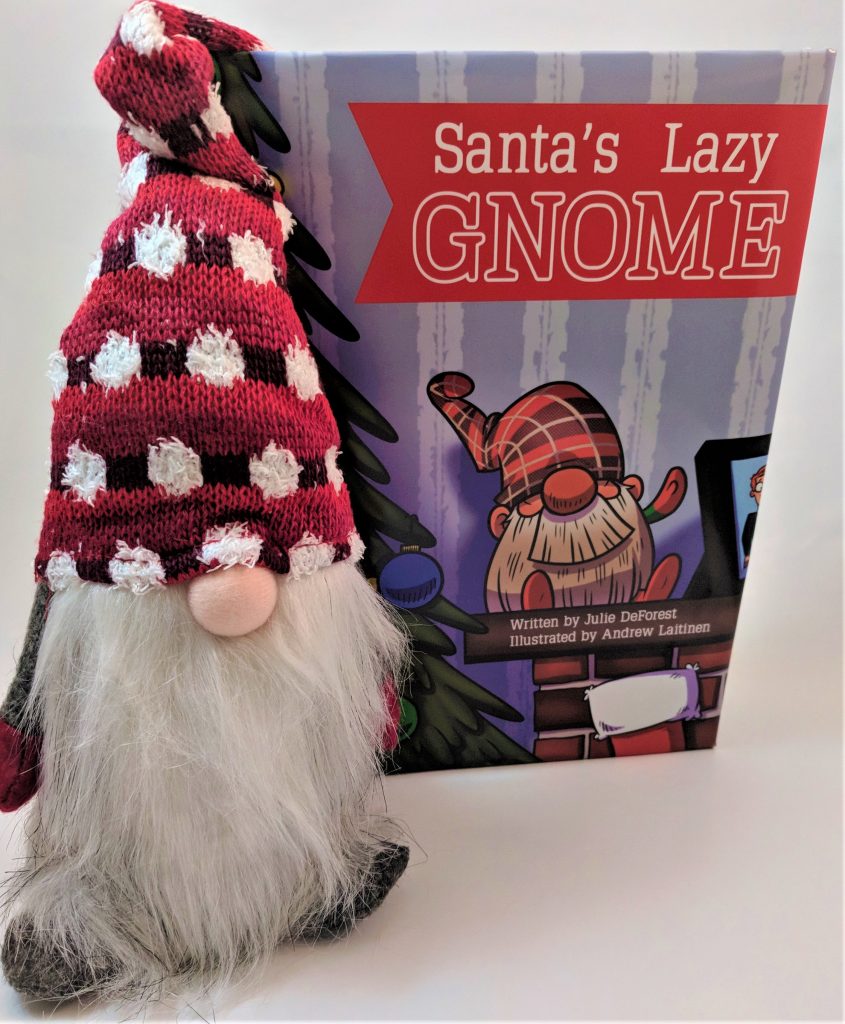 Because, let's face it… Sure, it’s fun to fake your kids into thinking your elf is spying on their behavior and reporting all things back to Santa, but wouldn’t it be nice if you could trick them without the stress of moving it every single night?

The answer is: Yes it would.

And with Santa's Lazy Gnome you can.

END_OF_DOCUMENT_TOKEN_TO_BE_REPLACED

Created by mum (obvs.) Julie DeForest, who simply had enough of the damn elf, Santa's Lazy Gnome is basically just an adorable lazy version of the Elf on the Shelf, that just sits there and does sweet AF. And gosh, do we love him.

But if he’s always in the same spot, how will he ever check on the kids? Because he can see them from anywhere, that’s why. He’s a visionary, a ninja — and he doesn’t even have any eyes. In other words – he is perfect.

According to the website, this lazy gnome was looking for something to do since the elves are busy making all the toys, so he decided to find a family and supervise the Naughty/Nice process for Santa. “These mysterious friends report to Santa if you’re naughty or nice, even when you’re out of sight,” DeForest told ScaryMommy.

The best part? DeForest explains her gnomes aren’t hands-off. “We’re delighted to find that we were allowed to actually hug our gnome,” she told us one mom said.

So, let's hammer this one home for you: No stressing to move him, no panic because the toddler touched him, no drama, no fuss, just a gnome who sits there for the entire month of December. Yeah; we know. We love him too.

popular
Smyths issues warning to parents ahead of Christmas
Breaking is the haunting novel parents need to read this October
Coco Austin comes under fire for bathing daughter (6) in sink
Here's everything coming to Netflix this October
Riverdale actor Ryan Grantham charged with murder of his mother
Call The Midwife's Helen George reveals baby no. 2's unique name
Kids and teens who eat pasta are nutritionally better off
You may also like
1 day ago
Hilaria and Alec Baldwin welcome baby #7 together: 'We are overjoyed'
1 day ago
Gardaí appealing for witnesses following fatal road traffic collision on M7
1 day ago
More babies will be born on Monday than any other day in the year
2 days ago
Here's why Iranian women are protesting the country's morality police
2 days ago
TV presenter praises royal children – and claims most parents today are raising 'spoiled brats'
3 days ago
'This is grooming" – parents call changes to sex education curriculum 'sickening'
Next Page