Looking into your baby's eyes is pretty much the most amazing, heart-bursting feeling you will ever feel.

Yup, when a parent and an infant are looking into each other's eyes, many aspects between the two sync up, such as their emotions and even heart rate. A new study, published in the Proceedings of National Academy of Sciences, shows that babies can also synchronise their brainwaves with adults' brainwaves when the two of them make eye contact.

In fact, the study, by Researchers at the University of Cambridge, also found that babies vocalised (tried to communicate) more when they were holding a mutual gaze.

Put more understandably, brainwaves reflect what's happening when millions of neurons send signals and communicate with each other, which is the basis of our thoughts, emotions and behaviours. 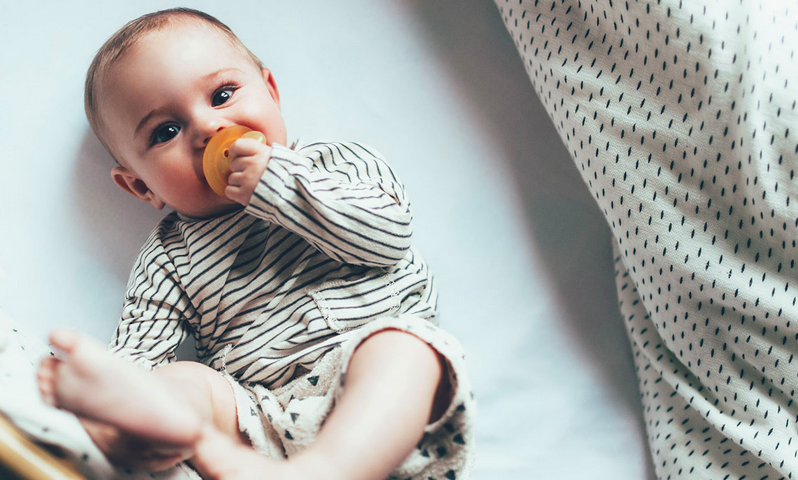 Why is this important, you wonder? Why should I spend more time staring into my baby's eyes? Well, with adults, communication is more successful when brainwaves are in sync. Which is probably why, experts theorise, so many things can go wrong and get misinterpreted when you text your partner versus having an actual conversation face to face.

And now researchers think that synchronising adults' and babies' brainwaves can support the infants' communication and learning.

Researchers performed two experiments. In the first, which involved 17 infants, the babies watched videos of an adult (whose brainwave patterns were already recorded) as she sang nursery rhymes. In the first, the adult looked directly at the infant. In the second, there was no eye contact. In the third, the adult had her head turned away but her eyes still looked directly back at the infant. After measure the patterns of the infants' brain electrical activity and comparing it to the adult's, researchers found that their brainwaves were more synchronised to the adults' when their gazes met. In fact, brainwaves were the most synchronised in the third video, probably because the eye contact seemed more deliberate and clued baby in more directly that the adult is trying to communicate. 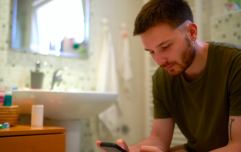 END_OF_DOCUMENT_TOKEN_TO_BE_REPLACED

In the second experiment, which involved 19 infants, they had a real adult singing to the baby and monitored both parties live. Not only were the infant's and adult's brainwaves more in sync when they made eye contact, but the baby also made more sounds while they were holding the adult's gaze, showing that eye contact is so intertwined with communication.

Explaining their finds in a press release, Dr. Sam Wass, one of the study's authors, said:

"We don’t know what it is, yet, that causes this synchronous brain activity. We’re certainly not claiming to have discovered telepathy! The brain synchronous we were observing was at such high time-scales—of three to nine oscillations per second—that we still need to figure out how exactly eye gaze and vocalisations create it."


popular
Tom Cruise slated for "inappropriate" behaviour around Kate Middleton
Warning issued to dog owners about the "big stretch"
2 children hospitalised amid US baby formula shortage
The Toy Show Musical looking for a young girl to star in lead role
Rihanna fans slam Chris Brown for commenting on her baby news
Ryanair passenger refuses to swap seats with mum and baby- was she wrong?
Teenager dies after hole he digged on the beach collapses
You may also like
1 week ago
’Substantial’ number of new mothers experience anxiety, depression and stress
2 weeks ago
Children spend a quarter of their time in class just daydreaming, new research shows
4 weeks ago
Turns out, kids with "helicopter parents" are more likely to suffer from anxiety
1 month ago
81% of parents support their kids’ dreams of becoming an influencer
1 month ago
Children allowed screen time in the morning more likely to suffer disturbed behaviour
2 months ago
There are major health benefits when baby looks just like dad, study finds
Next Page