The FBI have warned parents that internet-connected 'smart toys' are a significant security threat. 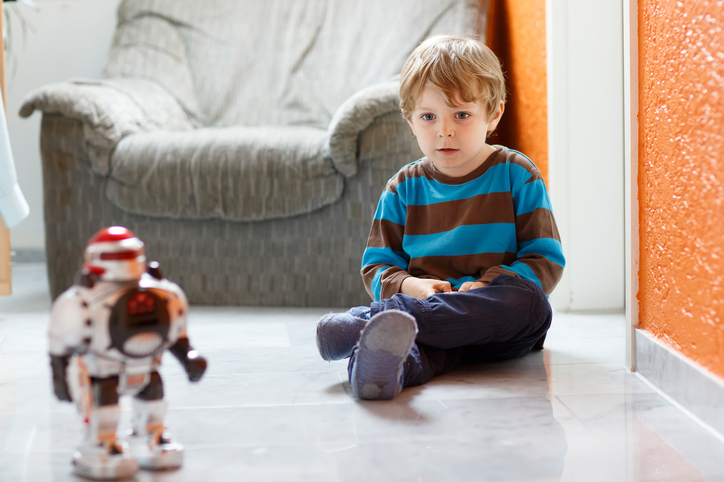 The Federal Bureau of Investigation in the US have warned parents that interactive or so-called 'smart toys' that connect to the internet are a cyber security risk.

The toys - many of which record and transmit children's voices and messages via a Bluetooth connection - have previously caused raised safety concerns, with Germany banning one brand of smart doll after it transpired the toy could be easily hacked.

In recent months, almost two million recordings made by children via their CloudPets interactive toys were hacked and leaked online.

Croon warns that security vulnerabilities in toys with Wi-fi capabilities mean that hackers can watch and even interact with children, collecting private information such as their name, school and activities:

"Your children may be speaking to the toys, or there could be background noise. Those audio recordings or video recordings are sent to a database somewhere in the sky, which could be hacked by someone, unwittingly releasing information that's personal to you."

A congressional inquiry is now taking place in the US, looking into how toy manufacturers are storing information collected by smart toys and whether that information is shared in any way.


popular
A mini heatwave could be coming our way in September
Vogue Williams slams man who refused to swap seats with her on plane
Mum issues warning to parents over frightening Cocomelon video
Gardaí are seeking the public’s assistance in tracing the whereabouts of 13-year-old
Here's how you can get "free money" from Revolut
Jennifer Aniston's baby photo looks exactly like her on screen daughter Emma
Katie Piper rushed to hospital for emergency operation
You may also like
1 week ago
How soon is too soon to leave your new baby for the first time?
1 week ago
If you could have a "parenting do-over", what would you change?
2 weeks ago
These are things police officers wish you’d teach your kids to keep them safe
2 weeks ago
I tried a viral 5-second trick that promised to make me a happier, calmer parent
3 weeks ago
I kicked my daughter's friend out of her birthday party- was I wrong?
3 weeks ago
Mums are sleep deprived for six years after having a baby – and yet dads are not
Next Page