I think a lot of mums will relate to this...

Last year TV personality and mum, Fearne Cotton shared her experience of sending her son off to school and has some advice for parents in the same boat.

Fearne and Jesse Wood, whom she married in 2014, are parents to their son Rex Wood.

Even though Cotton spoke a year ago about her son starting school she said her advice is something I think all parents nervous about sending their kids off this September should read:

"I just found it weird more than anything because you’ve got this little person that’s been their own free spirit, done their own thing and - even at nursery they’re very much allowed to do their own thing - and all of a sudden that

He’s now listening to a whole set of rules that aren’t mine, he’s learning stuff that I’m not even sure what it is because I’m not there and he has to wear a similar outfit to everybody else and eat the same as everybody else.

It’s that first point as a parent of letting go." 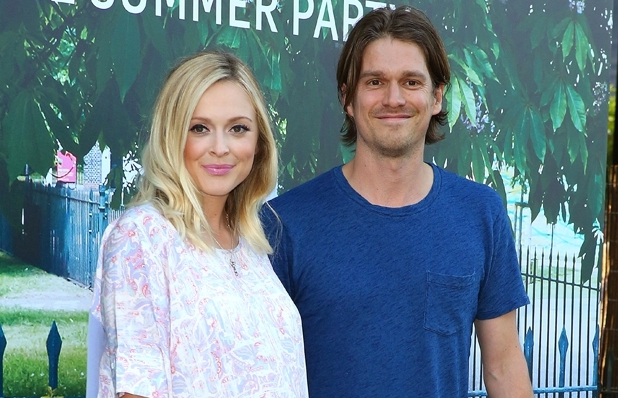 I felt similarly when my son first started school. I had been a stay at home mum when he was a baby and toddler so it was the first time that he would be spending hours away from me each day. It felt so strange and as Fearne says was a point of having to let go and allowing him to form his own ideas and new relationships outside of me.

Fearne had her own advice for parents feeling this sense of loss when their child begins at school;

"I think you just have to kind of know that it’s normal to feel a bit weird about it or emotional about it because it’s your little baby going off and it’s their first step going into the big wide world properly without you. I think if you feel a bit shaken by it that’s absolutely cool. And then enjoy a day of peace!"

I think it's really sound advice and something a lot of parents need to hear.

It's not easy watching our children become independent but at the same time, it's wonderful to see the little people they're becoming and wondering what they might be like in the future.


popular
Due next month? Here are 3 things to note about May babies
Conor McGregor just told his little boy to punch another child in the mouth
Mum admits she hates playing with her daughter, and we can relate.
The royals have just revealed a never-seen-before family photo – and it's adorable
Rachel Riley announces pregnancy in true Countdown style
TikTok Trend: What is Laundry Stripping and does it work?
Prince Philip has a hobby we never knew about and it's very impressive
You may also like
3 months ago
This is how Montessori teachers get kids to tidy toys and it could work for you too
4 months ago
Mum shares hack to stop your child asking for treats while you're shopping
6 months ago
ToBeHonest: getting to shops on my own is a holiday so I should be able avail of the travel subsidy
6 months ago
To children with ADHD from an adult with ADHD: you have a unique spark, don't lose it
7 months ago
Doctor's advice: What you should do if your child has symptoms of COVID-19
7 months ago
5 tips to help parents speak to teens about celebrating Leaving results safely
Next Page