Have a picky eater? You should stop pressuring them to try new foods

My little boy is a notoriously picky eater.

Which means, of course, that I am not above any crazy method to try and get him to taste new things – bribery, threats, reward charts, you name it, I have tried it.

Sometimes it works, sometimes it doesn't. And I have (somewhat) learned to chill a little, remembering that growing up, my sister was an absolute disaster when it came to food and eating, yet is now a fully functioning adult (and mother-of-three) who eats an (almost) full variety of foods. Mind you, she still doesn't eat cheese – not even on pizza. I know – it's beyond me too.

Our mother, of course, drove herself near demented when we were kids trying to make my sister expand her extremely small selection of foods she'd eat. To no avail.

However, according to a new study, she should have probably just backed off – and let her grow out of it.

According to a study published in the journal Appetite, we shouldn’t pressure our kids to eat foods they don’t like because forcing them to eat these foods can create tension at mealtimes and damage the parent-child relationship. They also found that making kids eat unwanted foods didn’t even affect their eventual weight or whether they’d become picky eaters later in life.

So we've just been doing this all wrong, haven't we?

“Parental pressure is having no effect, good or bad, on picky eating or weight in this population,” said study author Dr. Julie Lumeng, a pediatrician and research professor at the University of Michigan’s Center for Human Growth and Development. “The kids’ picky eating also was not very changeable. It stayed the same whether parents pressured their picky eaters or not.” 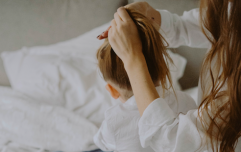 END_OF_DOCUMENT_TOKEN_TO_BE_REPLACED

Lumeng followed a group of 244 ethnically diverse two and three year olds for over a year and compared parental pressure tactics to their child’s healthy growth and reduction of picky eating behavior and found no data to support that laying the hammer down at mealtime changed the eventual outcome.

“We found that over a year of life in toddlerhood, weight remained stable on the growth chart whether they were picky eaters or not,” Lumeng said. While it’s frustrating for us as parents, it rarely causes health problems or deficiencies, so no “clean plate club” members needed.

Obviously, it makes sense to introduce our kids to new types of foods in hopes that it piques a lifelong interest learning about and trying new things. But constantly pestering them to finish everything on their plates or stressing over every piece of uneaten broccoli isn’t necessary. In fact, according to this research it can actually backfire.

Lumeng also says parents should use phrases like “choosey” or “selective” instead of picky so our kids don’t develop insecurities about eating. So, at dinner tonight I’m going to let my selective eater enjoy his chicken nuggets without uttering a single word, giving him a newfound opportunity to bitch about something other than his meal for once.

Looks like I could have saved myself a ton of bloody money on rewards charts and bribery plastic swords... Sigh.


popular
Six stillbirths linked to Covid-19 in Irish hospitals
Lidl's hanging egg chair is coming back to stores this month
Princess Charlotte doesn't have to bow to the Queen but Prince George does - here's why
Looking for pain relief for you and your children? We've got just the answer
Apparently, these are the worst baby names 'of all time' according to people
Costa del back garden: The €300 inflatable water park that will save your staycation summer
The ultimate gift for your Prosecco loving friend? Behold the prosecco scented candle
You may also like
1 day ago
Does your newborn hate the bath? My mum showed me a special trick – and it works
2 days ago
Mum confession: 5 ways I make an effort to spend quality time with my kids
2 days ago
This simple trick will stop you losing your sh*t with your kids
1 week ago
One mum has a very simple trick for getting her boys to stop peeing on the floor
1 week ago
LinkedIn is adding stay-at-home-mum as an actual job title
1 week ago
Making memories: 7 Easter morning traditions to make tomorrow filled with magic
Next Page