And yet somehow, people still don't seem to get that mum shaming really isn't a thing we should be doing to others. Ever.

Recently, it was Hillary Duff who found herself on the receiving end on a lot of unsolicited advice and criticism, when she, at eight months pregnant, decided to dye her hair mermaid blue.

However, the internet being the internet, of course, people had to weigh in and question the mum-to-be about colouring her hair while pregnant.

“Well . . . you guessed it,” Duff wrote on Instagram. “The minute I got home from New York, I needed a change.”

The 30-year-old continued, thanking the stylists, who gave her the new look, saying they “love me a lot. 1- for saying yes to another crazy change this late in my pregnancy (at least I didn’t cut bangs!) and 2- it took all damn day!”

No sooner was the post up, however, did the comments start to tick in, questioning if this was such a good move by Duff – who is already a mum of two, let that be said. 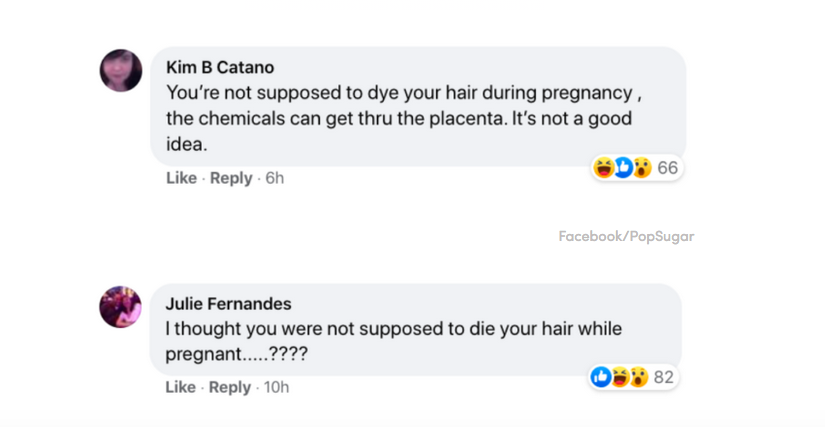 Interestingly, according to American Pregnancy, “Most research indicates the chemicals found in both semi-permanent and permanent dyes are not highly toxic and are safe to use during pregnancy.”

Also, no one needs your unsolicited opinions of their choices about their own bodies, get it?

Duff and her husband Matthew Koma announced the pregnancy news in last October, and Duff is due in just a few weeks.

The actress did make sure to let her fans know her change of hair colour was in no way meant as a gender reveal.

“I swear this doesn’t mean I’m having a boy . . . my mom thought I was trying to tell everyone something!”


popular
A mini heatwave could be coming our way in September
Gemma Owen spills the tea on how Luca gets on with Michael
Mum charged with murder after allegedly leaving baby in hot car
Vogue Williams slams man who refused to swap seats with her on plane
Adam Collard allegedly attacked on night out with Paige Thorne
Mum issues warning to parents over frightening Cocomelon video
Gilmore Girls star Alexis Bledel splits from husband of 8 years
You may also like
9 hours ago
Written in the stars -What does your zodiac sign say about your parenting?
1 week ago
How soon is too soon to leave your new baby for the first time?
1 week ago
Mum posts online asking when exactly does parenting get easier
1 week ago
If you could have a "parenting do-over", what would you change?
2 weeks ago
These are things police officers wish you’d teach your kids to keep them safe
2 weeks ago
I tried a viral 5-second trick that promised to make me a happier, calmer parent
Next Page