It's every parent's worst nightmare.

You're out somewhere in public, your attention gets pulled away for a nano-second and your turn around and realise your child is nowhere to be seen.

Anyone who has ever had this happen, be it in your local supermarket or in the park or at a crowded festival or shopping centre, can attest to just how terrifying this is, how dizzying the panic and how cold your blood runs imagining every scenario possible.

My own little boy has a habit of doing little disappearance tricks when we are out and about, hiding under clothing rails in Zara or crawling under shelves at Dunnes Stores, and I swear, that feeling, when I can't find him for a moment and am scrambling to collect my thoughts and act calmly and effectively, it's just the most horrific feeling.

And this is exactly what happened to the Dawes family, who's youngest son Jake, went missing on a beach a while back. 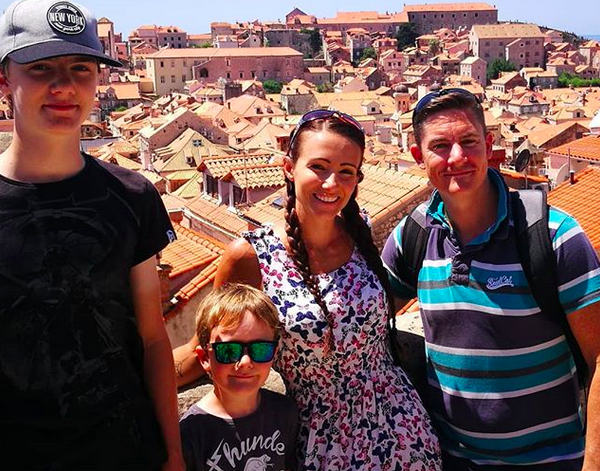 In a post on the blog Oliver's Outings, Vicky Hamilton-Ross explains what happened to her sister and her little boy, Jake.

The whole family were at a beach event in Bournemouth. It was very busy so mum Lucinda was holding his hand. When they stopped at a stall to look at something, she let go of his hand for a moment to pick something up, but when she looked around to take his hand again, he wasn't there.

While trying to stay calm and telling herself he wouldn’t go far she started to look around and call his name, still couldn’t see him.

Luckily, within a matter of minutes an army cadet who was stewarding the event spotted how distressed Lucinda seemed, and immediately asked what had happened and who she was looking for.

The cadet wasted no time and himself and the other guys stewarding started shouting, “We are looking for a boy. He is four years old, blond and in a red T-shirt. Have you seen him?”

They repeated this loudly and constantly as they covered the areas nearby.

This is no doubt what saved Jake.

While it might seem an obvious and simple thing, but the quick timing and detail they shouted was undoubtedly what saved little Jake.

Within about 15 minutes the little boy was found a little further down the beach. And while at first everyone assumed he had just wandered off from his mum, this, it seems, was unfortunately the case.

When asked why he wandered off, Jake explained to his parents that "there was a bald man in a white T-shirt, he said he would take me to see a real rocket ship.”

It would make any parents blood run cold, but this day, luckily, the army cadet's quick thinking and actions no doubt helped save Jake from a predator.

By very quickly shouting out the description of Jake and that he was lost, it meant the abductor couldn’t leave the beach without being spotted, so he just left Jake and walked away.

So if this is you, and your child ever gets away from you like this, shout, loud and clear, who you are looking for and what they look like. And don't be afraid to ask people to help you in other directions too.