The research surveyed over 800 mothers and grandmothers.

The majority of Irish mums don’t feel like they’re appreciated in their role, according to a study.

Just 12 percent of those surveyed felt they were appreciated and valued by society despite the majority of those asked saying they felt fulfilled in their role.

Maia Dunphy launched the report and said she was struck by the results.

“As a mother, a lot of the findings struck a chord with me.

“Motherhood is a wonderful, life-changing and hugely positive experience, but as this report’s findings show, it can also be challenging.

“The vast majority of mother’s relish and enjoy their role, but the fact that they don’t feel valued for the work they do should make us all sit up and evaluate how mothers are viewed and respected by society and most importantly, what can be done to change this.” 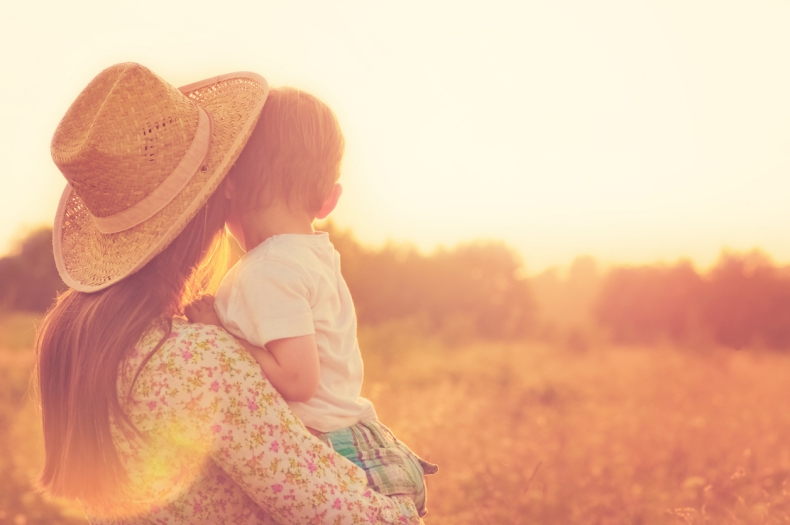 The research also seemed to suggest a change in the working patterns of mothers, with an increasing number wanting to stay at home to be with their children.

“The fact that two-out-of-three of today’s mothers would like to be stay-at-home mothers perhaps indicates a shift from the attitudes of their own mothers, many of whom encouraged their daughters to pursue a career outside the home.

“Our society must consider how we can facilitate mothers (and fathers, too) in having greater time at home with their young children.” 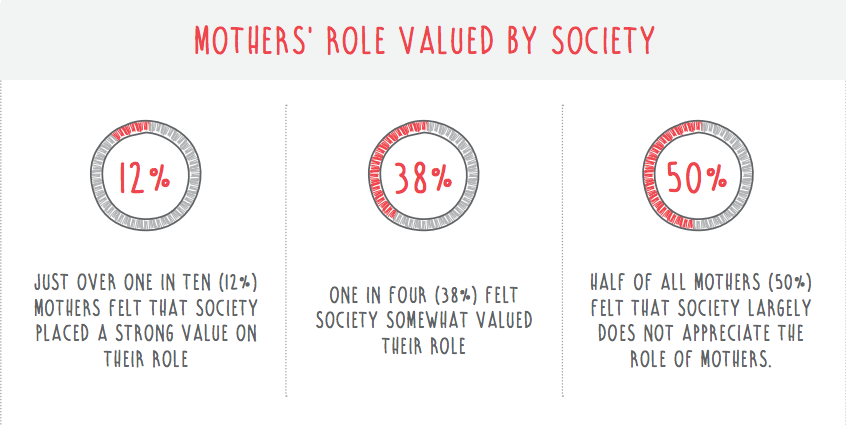 The study carried out by Sudocrem found that two in three mums would hope to stay at home to raise their children but only if they were financially able to do so.

“Highlighting the attitudes and experiences of today’s Irish mothers, and theirs allows wider society to understand how mothers and their families can be better supported.

“The report’s findings shine a light on many of the critical issue facing Irish families today.”

popular
Childcare fees to be reduced by up to €170 per month
Budget 2023: Parents will not have to pay for primary school books from next year
Coronation Street star Lucy Fallon pregnant after miscarriage heartache
Riverdale actor Ryan Grantham charged with murder of his mother
Smyths issues warning to parents ahead of Christmas
5 not-to-be-missed events and activities for kids taking place in Dublin this autumn
5 reasons having a son is the best (even if you were hoping for a girl)
You may also like
3 days ago
TV presenter praises royal children – and claims most parents today are raising 'spoiled brats'
1 week ago
Positive parenting: 5 signs you are doing a great job as a parent
1 week ago
Some things definitely 'not' to do if you've been up all night with the baby
1 week ago
The Terrible Twos: One mum's advice on coping with this big parenting milestone
2 weeks ago
I am a tween mum now – and here is what I have learned so far
2 weeks ago
How to get your child to behave - without time-outs, shouting or bribery
Next Page